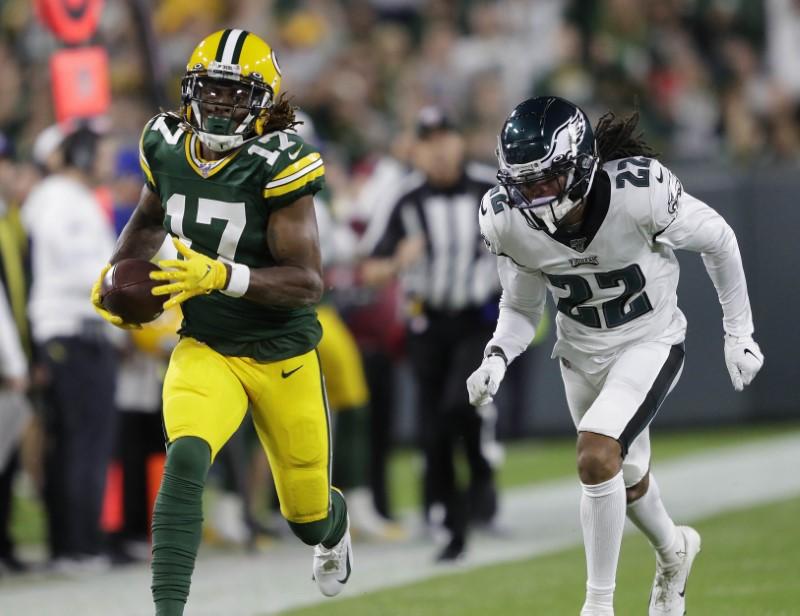 Green Bay Packers wide receiver Davante Adams returned to practice on a limited basis Wednesday after missing more than a month due to turf toe.

Adams has been sidelined since sustaining the injury in a 34-27 loss to the Philadelphia Eagles on Sept. 26. He took part in the team’s no-helmets workout with drills and walkthrough snaps Wednesday inside the Don Hutson Center.

Green Bay, which plays at the Los Angeles Chargers on Sunday, has gone 4-0 without Adams.

“It’s going to mean a lot to me,” Adams told the team website of his eventual return. “I know it’ll mean a lot to my teammates as well. It’s been awhile at this point.”

“When he’s ready to go, we’ll be ecstatic,” LaFleur said.

Adams has 25 catches for 378 yards in four games this season. He had 10 catches for a career-best 180 yards against the Eagles before the injury.