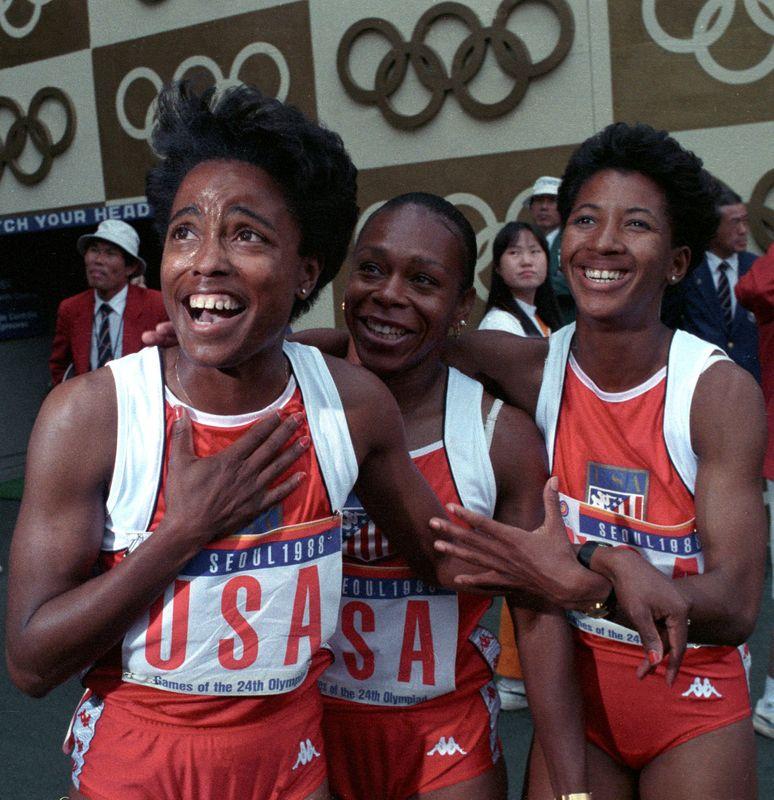 (Reuters) – On a warm July 1983 day in the Colorado mountains, a slender American woman literally reached the peak of female sprinting when she smashed the women’s 100 metres world record that German athletes had owned for a decade.

Evelyn Ashford had beaten Marlies Gohr (100m) and Marita Koch (200m) in the 1979 World Cup of Athletics and now she had Gohr’s 100 metres world record.

“I guess you could say I want to have it all,’ Ashford said in a 1983 interview with The New York Times before her record Colorado run of 10.79 seconds.

In as many ways, she did have it all in a career loaded with ups and downs.

There probably could have been more except for the United States’ boycott of the 1980 Moscow Olympics.

Twice, including the Colorado victory, she toppled the 100 metres world record.

The Colorado triumph was extraordinary because 15 minutes after Ashford’s record run, compatriot Calvin Smith smashed the men’s 100 metres world record. Never before had both 100 metres records tumbled on the same day

“She always loved to sew and read, but running was her favorite because she was so good,” her mother Vietta once said.

“I was 12 when I first heard about Wilma Rudolph, and since I knew I could run I wanted to be like her,” Ashford recalled in an interview.

Her quickness prompted the American football coach at her California high school to ask her to challenge his fastest player. Race won, Ashford became the only female member of the school’s track team.

Speed and longevity were her trademarks.

From finishing fifth in the 100 metres at the 1976 Montreal Olympic to winning gold in the 4×100 metres relay at the 1992 Barcelona Olympics at age 35, Ashford represented her country well and the honour of being the U.S. flag bearer was bestowed on her for the opening ceremony of the 1988 Seoul Olympics.

The gold medallist retired in 1992 but continued to do Olympic advisory work while raising her daughter Rain, who was born in 1985.

“This is as close as I need to be to track and field. I am very satisfied with where I left the sport, what I accomplished in the sport,” she told Don Mosley of the Sacramento Bee in April 2000.

Once in the world spotlight, she has slipped into quieter times declining a request last week to talk about her golden days.