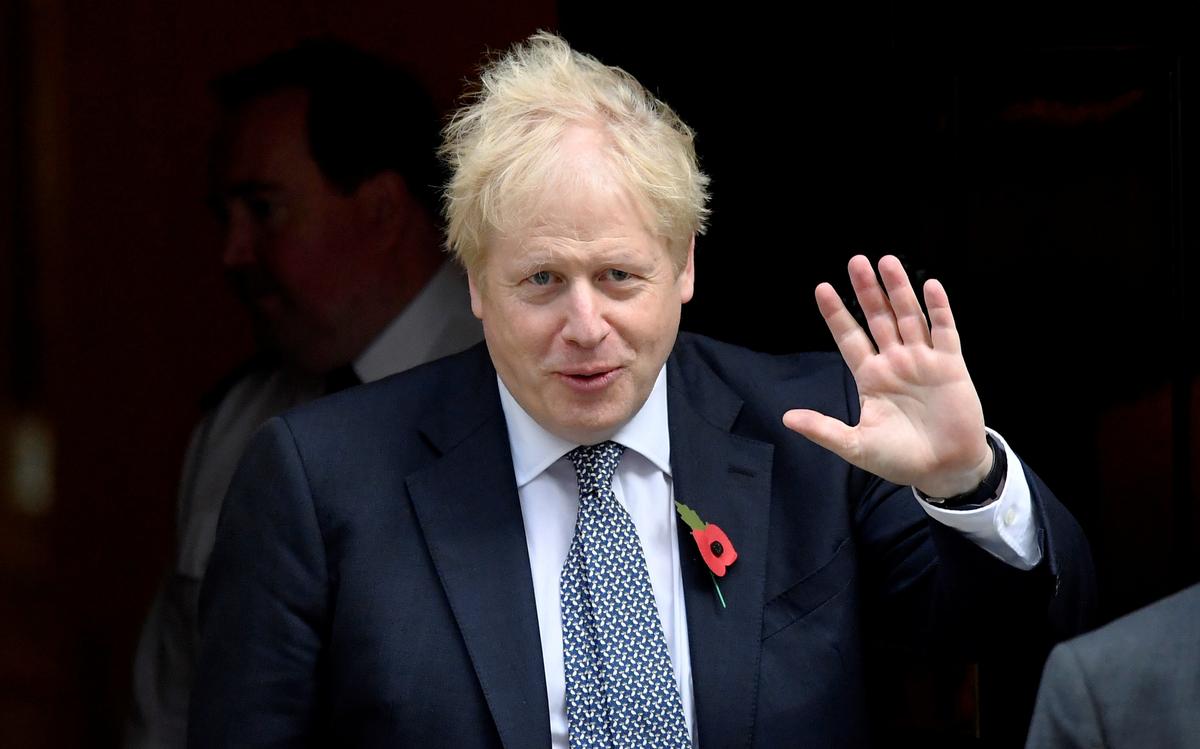 UXBRIDGE, England , (Reuters) – Over the next few weeks, Sunil Paul and thousands of voters like him in this commuter town on the edge of London will be among the most important people in British politics: they could decide Prime Minister Boris Johnson’s fate.

Johnson, who called a snap election to break the Brexit deadlock, is the local member of parliament and is battling to retain his seat. He has the smallest majority in his parliamentary constituency of any British leader since 1924.

If Johnson wins the election, but loses in Uxbridge, about 20 miles from central London, he will have to stand down. This could alter the course of Brexit and would be the first time any serving British prime minister has been unseated.

Paul, a 43-year-old who sells satellite television, is just the sort of voter that Johnson needs. The problem for Johnson is the lifetime Conservative voter will not vote for him in protest at his support for Brexit, and claims he was parachuted into the seat in 2015 despite having no connection to the area.

“Brexit is an absolute mess, it’s dividing the country when we should all be pulling together,” he said. “I also don’t know what he has ever done for people here. He occasionally shows his face, but he doesn’t engage on local issues. I have contacted him twice, but he never replied.”

Johnson has embarked on the biggest gamble of his life pushing for an early election, which could cost him his premiership, result in the socialist Labour Party seizing power, and forfeit the chances of Britain leaving the European Union. By pursuing such an approach, Johnson’s place in history could be as one of Britain’s shortest serving prime ministers or the leader who finally broke the paralysis in parliament to deliver Brexit.

Johnson’s main opponent in his constituency is a candidate for the main opposition Labour Party, a young and lively speaker who is the antithesis of the prime minister.

Born in New York, Johnson was educated at Eton, Britain’s most exclusive school, and studied classics at Oxford University. He then worked as a journalist before entering politics where he served as Mayor of London and then Britain’s foreign minister.

Ali Milani was born in Iran and arrived in Britain aged 5. He grew up on a council estate, lost friends to knife crime, and witnessed his mother become homeless while he was studying at the local university.

Milani, 25, believes a campaign which pits his own credentials as a local man from a poor background against Johnson — who he says spends little time in the constituency — gives him a good chance to cause one of the biggest upsets in British political history.

“People have seen through Boris Johnson in that this constituency has been used as a platform for Number 10, he doesn’t live here, he doesn’t work here, he has no connection to this area,” he told Reuters.

Milani says that he has benefited from being in such a high-profile fight – and the chance to defeat Johnson has led to volunteers flooding in.

At the last election in 2017, Johnson’s majority halved and has led to speculation this week about whether he could switch to a safer seat to avoid humiliation.

The betting odds suggest there is a 35% possibility that Johnson could lose his seat. Demographic changes with an influx of students and young families, and a rising number of ethnic minority voters are working against Johnson in the area.

But the challenges to unseat Johnson are immense. No Labour candidate has ever won in this constituency, which was carved out of a larger area in 1970. And no sitting British prime minister has ever lost their seat.

The nearest historical parallel is when the then prime minister Arthur Balfour resigned in 1905 and lost his seat a few months later during a general election.

The Conservatives are expected to pour money and resources into the campaign, after the surge of support for the Labour candidate in 2017, which saw Johnson’s majority fall from over 10,000 to just over 5,000.

A day spent speaking with voters in Uxbridge suggests the fight could be close. It also underlined how the new prime minister is both loved and loathed by the public and how Brexit continues to divide the nation.

Robert Wright, who runs a card shop on the high street, sees Johnson as a saviour who can deliver Brexit amid opposition from the political establishment.

“Boris can do what others can’t,” he says. “The whole parliament at the moment is constipated and needs a good dose of syrup of figs doesn’t it?”

But at the other end of the spectrum, Gareth Kirwan, a 42-year-old businessman, says Johnson shows little interest in improving local hospital and schools.

“Boris Johnson is more Oxbridge than Uxbridge,” he says.

Quentin Gibbs, a 75-year-old former building society manager, predicts the contest will be close, but he says Johnson is a formidable campaigner who will probably overcome his more inexperienced rival.

“I think he should just scrape home,” he says. “He seems to have luck on his side.”