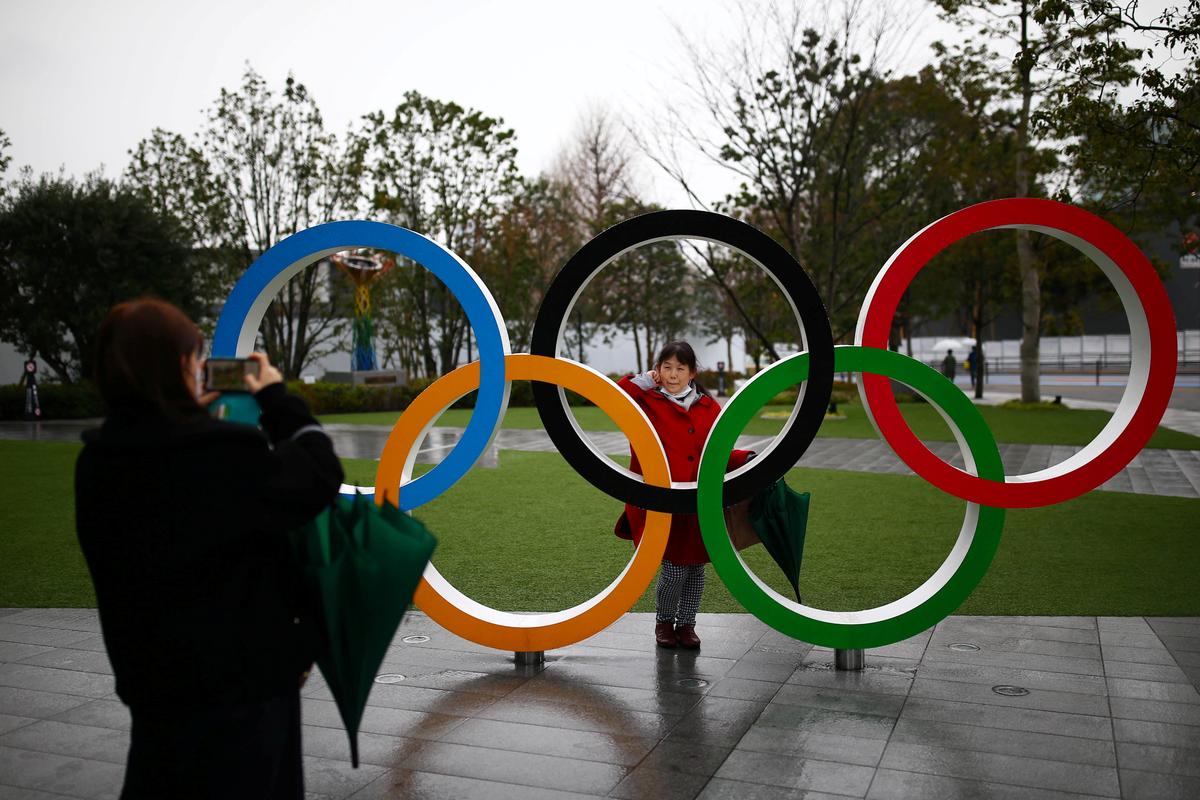 TOKYO (Reuters) – A delay of one or two years would be the “most feasible” option if the Tokyo Olympics cannot be held this summer due to the global outbreak of the coronavirus, a member of the organising committee’s executive board has told Reuters.

FILE PHOTO: A woman poses for a photo through The Olympic rings in front of the Japan Olympics Museum in Tokyo, Japan March 8, 2020. REUTERS/Edgard Garrido

Haruyuki Takahashi, one of more than two dozen members of the Tokyo 2020 executive board, said the body had just started looking at scenarios for how the virus could affect the Games.

Takahashi has earlier told the Wall Street Journal that the board had not discussed the impact of the virus, having last met in December before the epidemic spread.

Organisers have been pushing a consistent message that the Games would not be cancelled or postponed but sponsors who have pumped in billions of dollars have grown increasingly nervous about how the coronavirus outbreak will impact the event.

Takahashi told Reuters that the financial damage from cancelling the Games or holding them without spectators would be too great, while a delay of less than a year would clash with other major professional sports schedules.

“We need to start preparing for any possibility. If the Games can’t be held in the summer, a delay of one or two years would be most feasible,” Takahashi said.

Experts say a one-year postponement to the same time next year would pose major logistical problems but was doable for broadcasters because it fits into their generally open summer schedule.

The new coronavirus has infected more than 116,000 people and killed more than 4,000 around the world since it surfaced in China late last year.

Japan has reported nearly 1,300 cases, including about 700 from a cruise ship that was quarantined near Tokyo last month. On Tuesday, it saw the biggest number of infections in a single day, of 59 cases, according to public broadcaster NHK.

With every new spike in the figures, speculation has swirled that the Tokyo 2020 Games, due to open on July 24, could be cancelled, delayed, or held without spectators, like many pre-Olympic qualifiers and other unrelated sports events have been in the run-up.