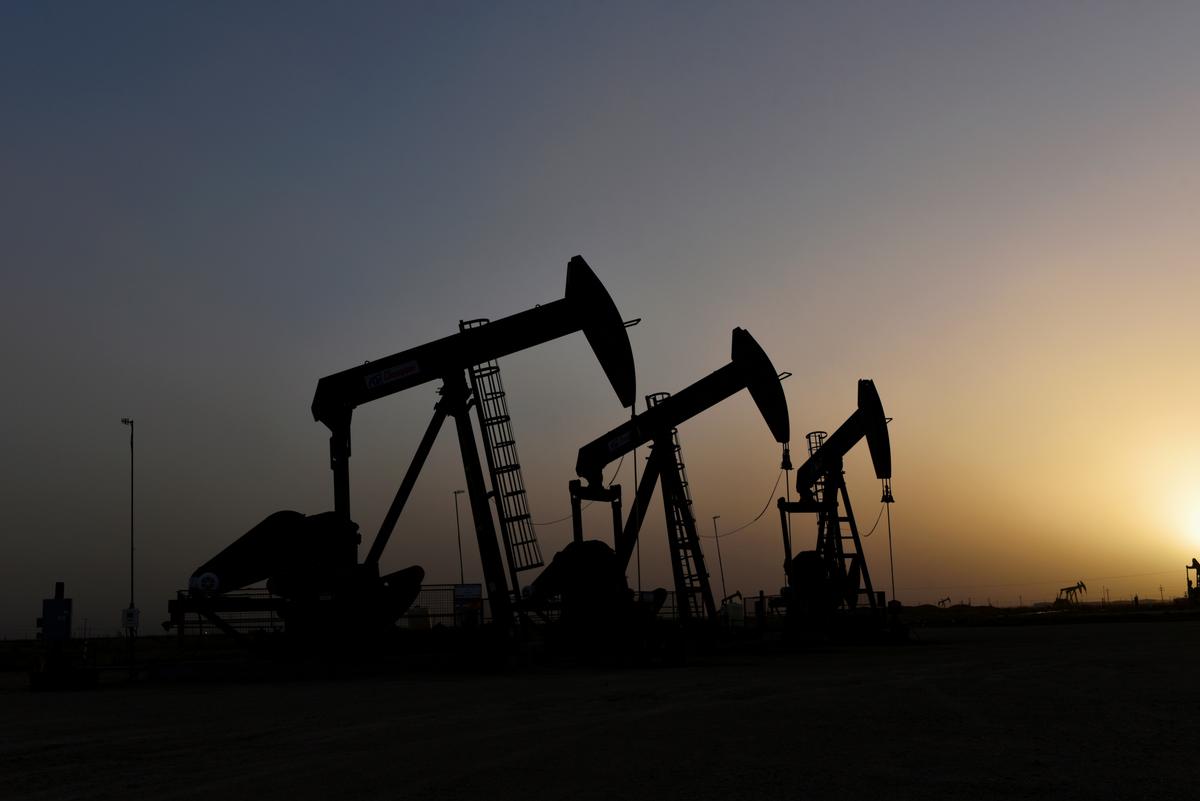 SINGAPORE (Reuters) – Oil prices jumped more than 4%, up from multi-year lows hit earlier on Monday, as hopes of a deeper cut in output by OPEC and stimulus from central banks countered worries about damage to demand from the coronavirus outbreak.

Both benchmarks marked their first gain after six sessions of losses amid virus worries. The coronavirus, which originated in China, has killed nearly 3,000 and roiled global markets as investors brace for a steep knock to world growth. Equities last week marked their biggest rout since the 2008 financial crisis.

“The unprecedented disruption to economic activity in China has resulted in an estimated 4 million b/d of lost oil demand compared to 5 million b/d during the Great Recession in 2008/09,” Jeffery Currie, head of global commodities research at Goldman Sachs, said in a note.

“And finite storage capacity in China – though large – is filling up quickly, presenting further downside risk if storage is ultimately breached.”

Dragging on oil prices earlier in the day was data unveiled over the weekend by China, the world’s top energy consumer.

Factory activity in the country shrank at the fastest pace ever in February, underscoring the colossal damage from the outbreak on its economy.

“On the one hand, it’s pretty negative on worldwide crude oil and product demand,” said Lachlan Shaw, head of commodity research at the National Australia Bank.

But then there is news that Saudi Arabia is pushing for a million barrels per day cut, while central banks are increasingly signalling an appetite to intervene and support markets by cutting interest rates, he said.

“So it’s a balance, and it’s going to be pretty volatile.”

Several key members of the Organization of the Petroleum Exporting Countries (OPEC) are mulling the additional production cut in the second quarter amid fears the virus outbreak will erode oil demand. The previous proposal was for an additional output cut of 600,000 bpd.

Oil prices are down more than 20% since the start of the year despite OPEC and its allies including Russia, a grouping known as OPEC+, curbing oil output by 1.7 million bpd under a deal that runs to the end of March.

“Inaction by OPEC+ would likely trigger another potentially severe bout of selling,” analysts at Fitch Solutions have said.

Also, current prices would incentivize Russia to agree to further output cuts although “any cut will likely be of a short duration, for example, three months, with the barrels brought immediately back to market thereafter,” Fitch analysts said.