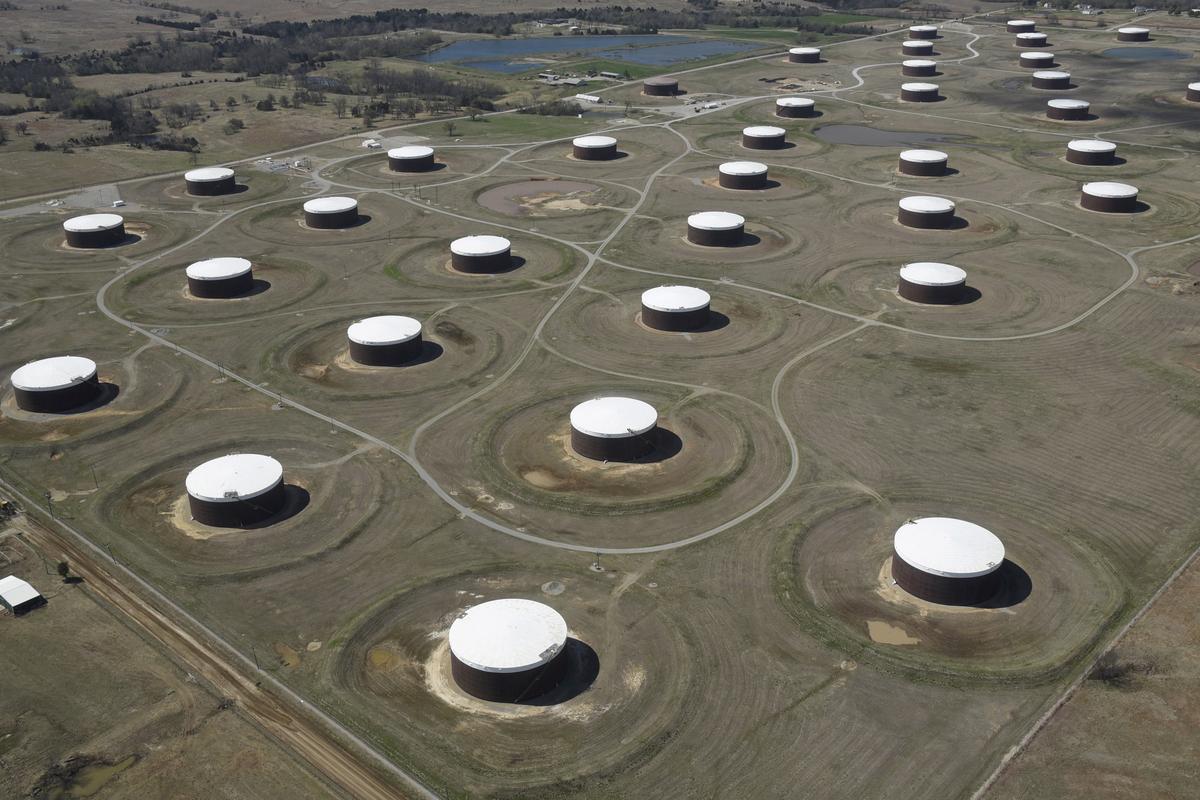 SINGAPORE (Reuters) – Oil prices slipped for a third consecutive session on Wednesday as tensions escalated between the United States and China prior to this week’s trade talks, raising uncertainties for global economic growth and oil demand.

Negotiators from the world’s top two economies will meet in Washington on Thursday and Friday in the latest effort to hammer out a deal aimed at ending a long-running trade dispute that has slowed global economic growth.

But tensions between the country’s rose this week after the United States imposed visa restrictions on Chinese officials for the detention or abuse of Muslim minorities, while a row escalated over comments by a leading U.S. National Basketball Association official in support of protests in Hong Kong.

The issues have set markets on a risk-aversion course, said Howie Lee, an economist with Singapore’s OCBC bank, even though the global oil market remains in a supply deficit that should in theory support prices at above $60 a barrel.

“The market is just over-bearish at the moment, too focused on the demand side of the equation,” Lee said.

The concerns have overshadowed the threat of OPEC-member Ecuador losing a third of its oil supply due to anti-government protests that have affected oil output.

Ecuadorean state-run firm Petroamazonas estimates it could lose some 188,000 barrels per day (bpd), or more than a third of its crude production, due to unrest at its facilities.

An uprising in Iraq has also entered a second week, threatening output at the Organization of the Petroleum Exporting Countries’ (OPEC) second-largest producer.

“Political turmoil amongst OPEC members will provide only a temporary panacea for oil prices; the event risk of U.S.-China trade is much larger,” Jeffrey Halley, senior market analyst for Asia Pacific at brokerage OANDA, wrote in a note.

In the United States, meanwhile, crude stockpiles rose by 4.1 million barrels in the week ended Oct. 4 to 422 million, data from industry group the American Petroleum Institute showed on Tuesday. Analysts had expected an increase of 1.4 million barrels, a Reuters poll showed.

The EIA said on Tuesday U.S. crude production is expected to rise by 1.27 million barrels per day (bpd) in 2019 to a record 12.26 million bpd, slightly above its previous forecast for a rise of 1.25 million bpd.

Prepare to study in Canada
Study permit: Who can apply
How You Could Immigrate To Canada Through The Start-Up Visa In 2023
Canadian Passport’s Power Gains One Point On Index
US Plans to Lift Covid Emergency Declarations May 2023
Canada Invites 893 Candidates In First PNP-Only Express Entry Draw Of 2023
What You Should Know About Targeted Express Entry Draws in 2023