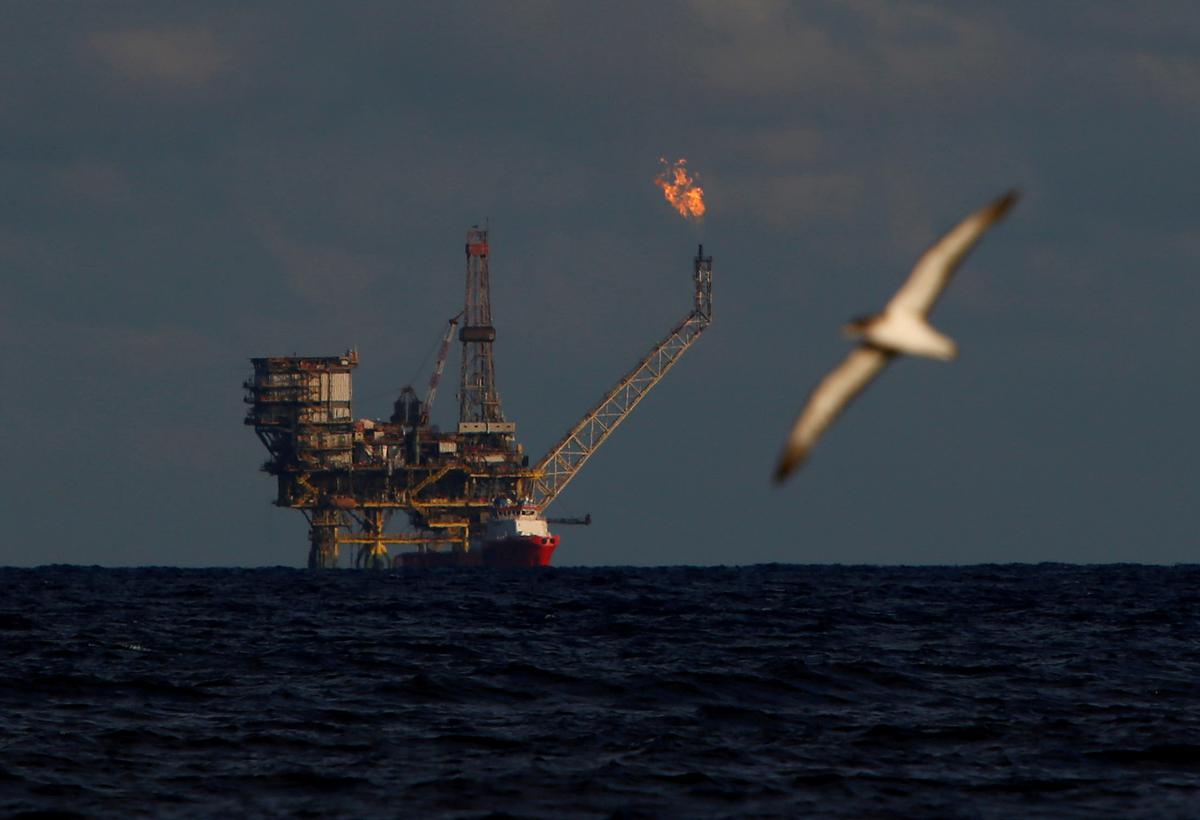 LONDON (Reuters) – Oil prices extended gains on Tuesday on expectations that central banks will provide financial stimulus to offset the impact of the coronavirus outbreak and on growing optimism that OPEC will order deeper output cuts this week.

FILE PHOTO: A seagull flies in front of an oil platform in the Bouri Oilfield some 70 nautical miles north of the coast of Libya, October 5, 2017. REUTERS/Darrin Zammit Lupi/File Photo

Brent and WTI have rebounded somewhat over the past two days after sliding more than 20% from their January peak on signs the spread of the coronavirus had dented fuel demand.

“The coronavirus outbreak will dent demand for longer than initially feared, but a drastic transport disruption seems unlikely.”

G7 finance ministers will also discuss this week how best to cushion the impact of the outbreak on economic growth, French Finance Minister Le Maire said on Monday. That is occurring as other major central banks have promised monetary and fiscal stimulus.

The coronavirus, which originated in China, has spread to more than 60 countries and has killed more than 3,000 people globally.

With lingering worries over oil demand amid the virus outbreak, several key members of the Organization of the Petroleum Exporting Countries (OPEC) are mulling a bigger oil output cut of possibly 1 million barrels per day (bpd). The previous proposal was for an additional reduction of 600,000 bpd.

OPEC and its allies, a group known as OPEC+, are expected to announce deeper output cuts at their meeting on March 5-6 in Vienna. The group had agreed to cut output by 1.7 million bpd in a deal that runs to the end of March.

Leonid Fedun, vice-president of Russia’s second-biggest oil producer Lukoil (LKOH.MM), said OPEC’s proposal to cut oil production by up to 1 million barrels per day would be enough to balance the market and lift oil prices back to $60 a barrel. Fedun’s comments suggest Russia may be willing to agree to OPEC’s proposals for fresh cuts to output.

Oil stockpiles in the United States, the world’s biggest crude producer and consumer, are expected to rise for a sixth week by 3.3 million barrels, while refined product inventories are forecast to fall, according to Reuters poll.