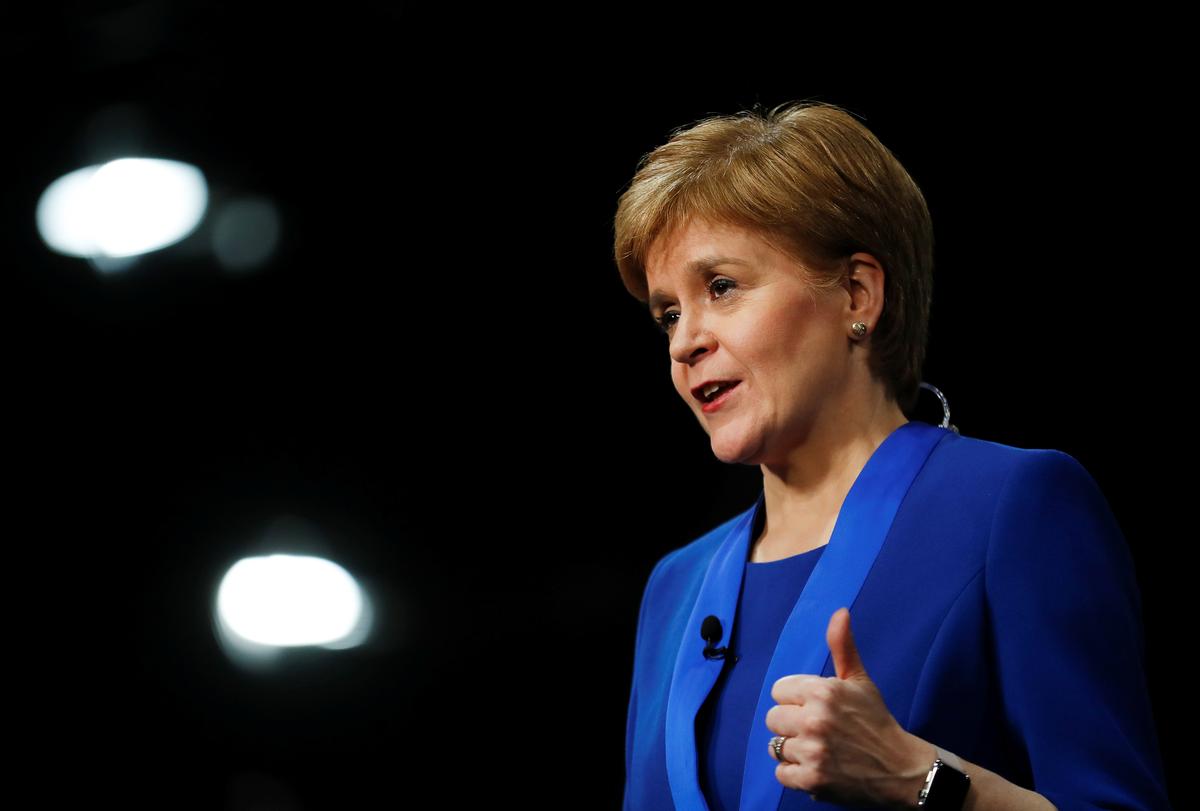 LONDON (Reuters) – Scotland’s nationalist leader Nicola Sturgeon said on Friday it was now time for the country to decide its future and that her administration would make the case next week for full legal powers to call an independence referendum.

“The people of Scotland have spoken. It is time now to decide our own future,” Sturgeon said after her Scottish National Party increased the number of its seats in the British parliament following a UK-wide election.

“The Scottish government will next week publish the detailed, democratic case for a transfer of power to enable a referendum to be put beyond legal challenge,” she added, referring to the administration she heads in Edinburgh.

British Prime Minister Boris Johnson opposes holding another referendum on Scottish independence, after Scotland voted to stay in the United Kingdom in a 2014 vote.