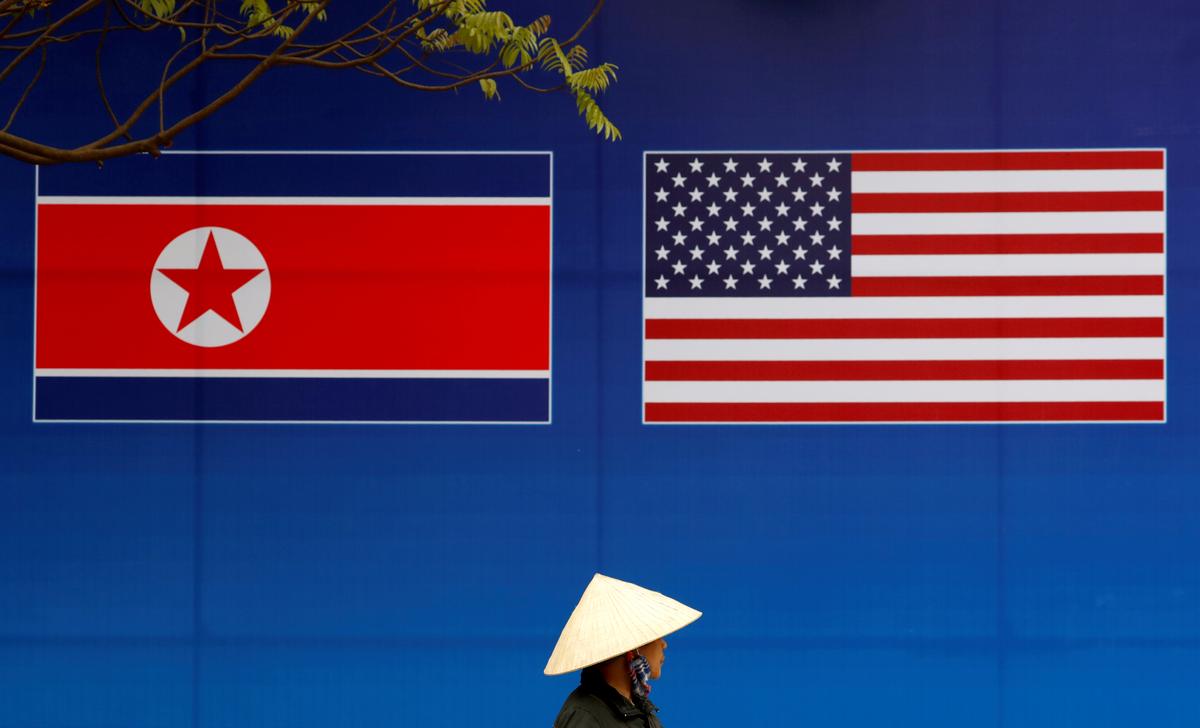 FILE PHOTO: A person walks past a banner showing North Korean and U.S. flags ahead of the North Korea-U.S. summit in Hanoi, Vietnam, February 25, 2019. REUTERS/Kim Kyung-Hoon

SEOUL (Reuters) – North Korea said on Tuesday the United States was trying to drag out denuclearization talks ahead of the U.S. presidential election next year and issued a veiled threat to Washington to soften its demands, state media reported.

“The dialogue touted by the U.S. is, in essence, nothing but a foolish trick hatched to keep the DPRK bound to dialogue and use it in favor of the political situation and election in the U.S.,” Ri said in a statement on state news agency KCNA, referring to the initials of the Democratic People’s Republic of Korea, the country’s official name.

“What is left to be done now is the U.S. option and it is entirely up to the U.S. what Christmas gift it will select to get.”

Ri singled out a U.S. State Department statement calling for “sustained and substantial dialogue” after North Korea’s test of its new multiple rocket launchers on Thursday.

Negotiations between North Korea and the United States have hit a stalemate after a day-long working-level meeting in October in Stockholm broke down.

Kim has set an end-year deadline for Washington to show flexibility in its position, but U.S. officials have described the deadline as artificial.