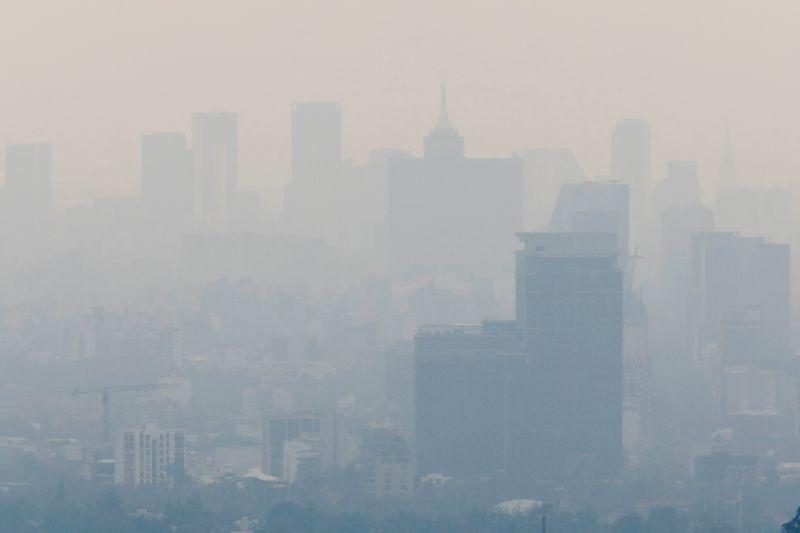 Traffic in the normally congested megacity of more than 20 million people has thinned dramatically as residents heed the government’s call to stay at home to contain the spread of the virus that has killed more than 200,000 people worldwide.

Yet as cities such as Delhi, Los Angeles and Seoul register sharp falls in pollution, the Mexican capital continues to report “poor” air quality on its official website, warning that exercising at certain times of day poses a “high” to “very high” health risk.

Reuters photographs taken last week from hills that ring the capital show a thick haze blanketing the city, set in a high-altitude basin where smog forms easily and lingers.

Even as millions stay indoors, increased domestic use of gas and other fossil fuels, methane seeping from open-air waste dumps and continuing emissions from the surrounding industrial sprawl have mostly nullified the clean air benefits of an economy on hold.

“We’re seeing that it’s come down from the peaks but it’s not enough to bring air quality below the norm,” said Sergio Hernandez, the capital’s general director of air quality.

Traffic is officially down by about 60% and is likely to fall sharply again once the city implements a one-week driving ban on passenger vehicles from Thursday.

The broader urban area encompassing the capital is home to some 30 million people who have been cooking and heating water more since shelter-in-place restrictions began last month.

Carlos Alvarez, head of Mexico Comunicacion y Ambiente, an environmental group, said the area had some 400 open-air dumps and 50,000 industrial generators in hotels, offices and businesses, many of which were still operating despite the quarantine.

The generators burn gas or diesel, a fuel also used by nearly 350,000 trucks and buses circulating in the area. Environmental experts say diesel is a leading source of harmful pollutants such as ground-level ozone and particulate matter.

The local mix of pollutants includes emissions from state oil firm Pemex’s refinery in Tula, north of the capital, and ash from the Popocatepetl volcano, visible on clear days to the southeast. Fires in forests ringing the city add to the problem, the national forestry commission said last week.

Mexico City’s air quality is markedly better than when the World Health Organization designated it the world’s most polluted city in 1992.

But air quality is still poor, and linked to high rates of respiratory illness. Now, experts worry that COVID-19, the disease caused by the novel coronavirus, could prove more lethal in Mexico City than elsewhere.

“(Pollution) can be a serious issue once you get the disease,” said Roxana Trejo, who is in charge of looking after virus-infected patients at Mexico City’s ABC medical center.

Mexico had 14,677 known infections and 1,351 deaths as of Sunday. Officials recognize the true number of cases is unknown but sure to be many times higher.

“Any respiratory disease is exacerbated in places where people have compromised or irritated airways, or have to deal with large amounts of pollution,” said Rosa Maria del Angel, a researcher at Mexico’s National Polytechnic Institute.