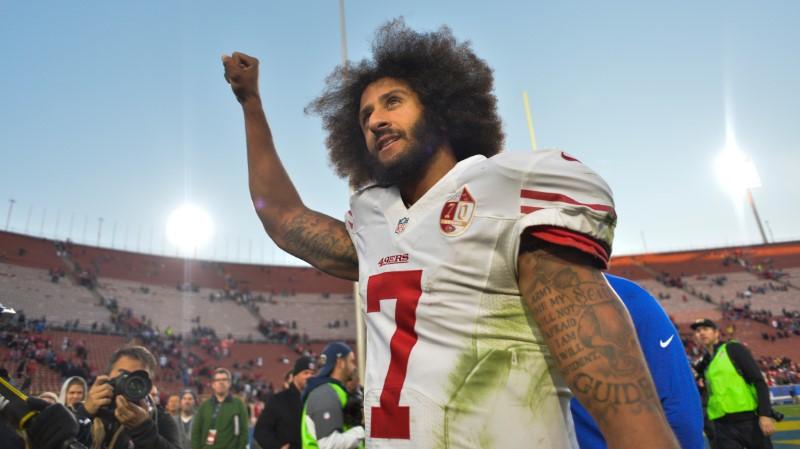 (Reuters) – The National Football League has invited Colin Kaepernick to audition for teams at a special workout on Saturday, opening the possibility that the former quarterback could return to football three years after his protests against racial injustice roiled the league.

Kaepernick, who has been unable to find a team to sign him since 2017, was among the first players to kneel during the pregame playing of the U.S. national anthem to protest extrajudicial killings of black people by police.

One of the most outspoken of the protesting players, Kaepernick contends that teams would not sign him because they wanted to distance themselves from the protests, which U.S. President Donald Trump blasted as unpatriotic and disrespectful.

Late on Tuesday, Kaepernick said in a Twitter message that the NFL’s head office reached out to his representatives regarding a workout in Atlanta on Saturday.

“I’ve been in shape and ready for this for 3 years, can’t wait to see the head coaches and GMs,” said Kaepernick.

Kaepernick filed a collusion grievance against NFL owners in October 2017 after going unsigned as a free agent. The two sides resolved the grievance in February under a confidentiality agreement.

The workout on Saturday will consist of on-field work and interviews with team officials, ESPN reported. It was unclear on Wednesday how many teams, if any, would send scouts or coaches to the audition.

NFL officials could not immediately be reached for comment.

The league has told teams that Kaepernick’s representatives have recently emphasized his level of preparation and his willingness to hold a workout, ESPN reported on Wednesday.

“We have therefore arranged this opportunity for him to work out, and for all clubs to have the opportunity to evaluate his current readiness and level of interest in resuming his NFL career,” the league said in the memo, according to ESPN.

Reporting by Brendan O’Brien in Chicago; Editing by Frank McGurty and Matthew Lewis

Prepare to study in Canada
Study permit: Who can apply
Canada Immigration Drives Fastest First Quarter Population Growth For 30 Years
Roe vs Wade: How Disenfranchised Americans Can Immigrate to Canada
Canada Has 3 Of The Most Livable Cities In The World
Temporary Workers, International Students More And More Important To Canada
Ontario Immigration’s PNP Gets Increased 2022 Nomination Allocation