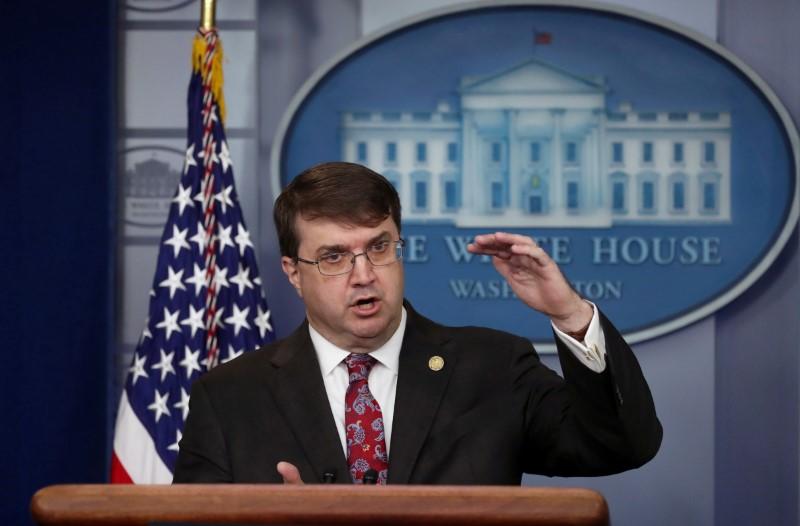 (Reuters) – The Department of Veterans Affairs is struggling to provide enough staffing and equipment for former vets hospitalized with the coronavirus illness in New York City, nursing union representatives say, yet some lawmakers are pressing the agency to treat civilians as well.

New York state has become the epicenter of the U.S. coronavirus epidemic with more than 37,000 cases and 385 deaths, sending local and state leaders scrambling to increase hospital capacity.

The VA has a legal mandate to provide civilian care in an emergency. But the agency is facing the same surge in COVID-19 patients as other hospitals throughout New York, raising serious questions about whether it can expand it services, said Corey Lanham, VA Division Director for National Nurses United (NNU).

“I don’t know where the staff to cover all these patients is going to come from, and I don’t think they know either,” Lanham said.

The Trump administration has pledged to send a 1,000-bed Navy hospital ship to the city, and construct military field hospitals. But the ship and makeshift hospitals will not be ready for some time and the infection rate in New York is accelerating fast. New York Governor Andrew Cuomo has said the state needs tens of thousands more ventilators than it currently has, among other shortages.

All U.S. veterans in the city’s five boroughs who need inpatient hospital treatment are being routed to the Veterans Affairs Medical Center in Brooklyn.

NNU represents 270 registered nurses at the Brooklyn facility. At least three have tested positive for the virus and are quarantined, the union said. One licensed practical nurse, who assist RNs, has also been infected with the highly contagious respiratory illness.

Two doctors there also tested positive and were quarantined, the VA told the Military Times newspaper. VA spokesman Steve Piork did not say whether additional staff are quarantined due to contact with infected doctors and nurses.

A shortage of protective equipment is further exacerbating the risk to healthcare workers on the front lines of the pandemic.

Maria Lobifaro, a New York intensive care unit (ICU) nurse treating veterans with COVID-19, said they normally change masks after every patient interaction. Now, they are getting one surgical mask to use for an entire 12-hour shift. The ratio of patients to nurses in the ICU is usually two-to-one. As of Monday it was already four-to-one, she said.

“Right now we can barely handle the veterans that we have,” Lobifaro added.

The VA did not answer questions about its current capacity in Brooklyn, including how many ICU beds were filled or available.

The VA operated 517 total hospital beds at facilities in the New York City boroughs of Brooklyn, Manhattan and Queens in fiscal year 2014, according to federal data. The Brooklyn facility contains about 150 of them.

The VA did not respond when asked if its other facilities in New York would be prepared to handle civilian COVID-19 patients.

New York Congressman Max Rose, a Democrat whose district includes the Brooklyn facility, wrote to VA Secretary Robert Wilkie on Monday asking that a mobile hospital unit be set up in the VA Medical Center’s parking lot to handle civilians. He said expanding VA care to civilians “seems more a matter of when, not if.”

“My office has learned that there is limited capacity for additional COVID-19-positive patients at the Brooklyn VAMC,” he wrote, “and absent an increase in staff, ventilators, and other equipment, the facility is unable to scale up.”

The VA’s mission is to provide healthcare and benefits to veterans, and run the national cemeteries. In 1982, Congress authorized a so-called fourth mission to support the nation in the event of a disaster or pandemic.

Earlier this month, Wilkie said in a White House press briefing that the VA was a “buttress force,” ready to aid the Federal Emergency Management Agency (FEMA) or the Department of Health and Human Services if needed.

“We stand ready when the President needs us to expand our mission,” Wilkie said.

The positive test results among Brooklyn staff underscore the need for the VA to be transparent about its capacity, staffing, and steps to protect doctors and nurses.

Amid the frenzy of activity at the VA this week, Lobifaro described a “weird energy” pervading the ICU unit driven by uncertainty.

“These patients are so sick and require so much care,” she said. “One minute they can seem fine, and the next minute they’re on a ventilator.”