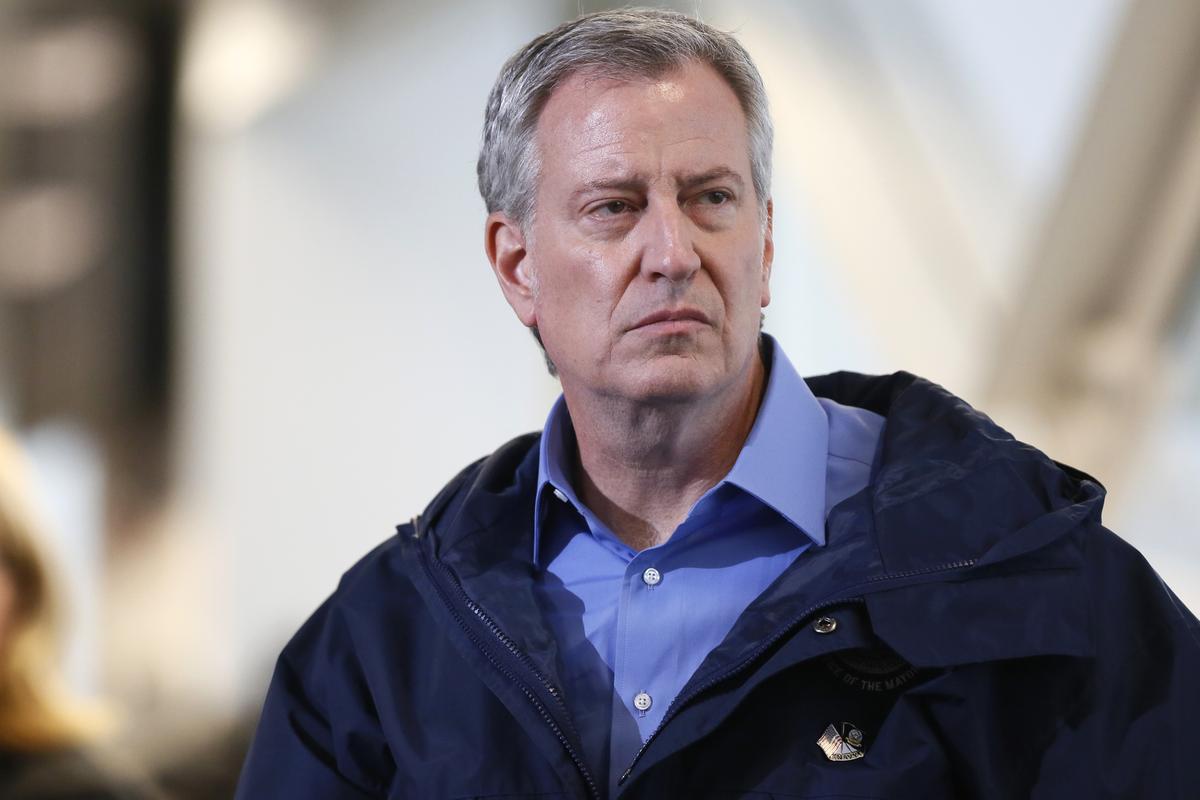 NEW YORK (Reuters) – New York Mayor Bill de Blasio pleaded with the U.S. government for more help in expectation of a surge in COVID-19 cases next week, as new statistics emerged confirming that hundreds of thousands of people across the country have lost their jobs.

“What we are watching in real time is the greatest bloodletting in the American labor market since the Great Depression,” said Joe Brusuelas, chief economist at RSM in Austin, Texas.

De Blasio, mayor of the most-populous U.S. city, appeared on morning television shows on Friday to call for more federal help. He is asking for 1,000 nurses, 150 doctors and 300 respiratory therapists as the number of COVID-19 cases in the city is expected to rise sharply next week.

“I think somehow in Washington, there’s an assumption (that) there’s weeks to prepare,” de Blasio said on MSNBC. “There’s not weeks anymore. It is days now.”

More than one-quarter of the 6,058 U.S. coronavirus deaths tallied by Johns Hopkins University as of Friday morning have been in New York City.

De Blasio has said the city will need an additional 2,500 to 3,000 ventilators by the end of next week.

New York City Health & Hospitals, the country’s largest public healthcare system, said on Thursday it aimed to add 3,000 critical care beds by May 1, nearly tripling its capacity in the 11 hospitals it operates in the city.

Infections in the United States totaling 240,000 account for about 24% of the more than 1 million worldwide cases.

The first 500,000 of worldwide coronavirus cases were reported in 76 days following Jan. 10. That figure has doubled in just eight days. Deaths linked to the virus exceeded 53,000 on Friday, with more than 11% of those reported in the last day.

On Thursday, the Trump administration appeared ready to join local officials in advising Americans to wear face coverings in public to help curb the spread of the virus.

Deborah Birx, a member of President Donald Trump’s coronavirus task force, said the U.S. Centers for Disease Control and Prevention (CDC) would in coming days add a recommendation on masks to guidelines on protective measures.

De Blasio and Los Angeles Mayor Eric Garcetti have both urged residents to cover their faces when near others in public, even if they have no symptoms.