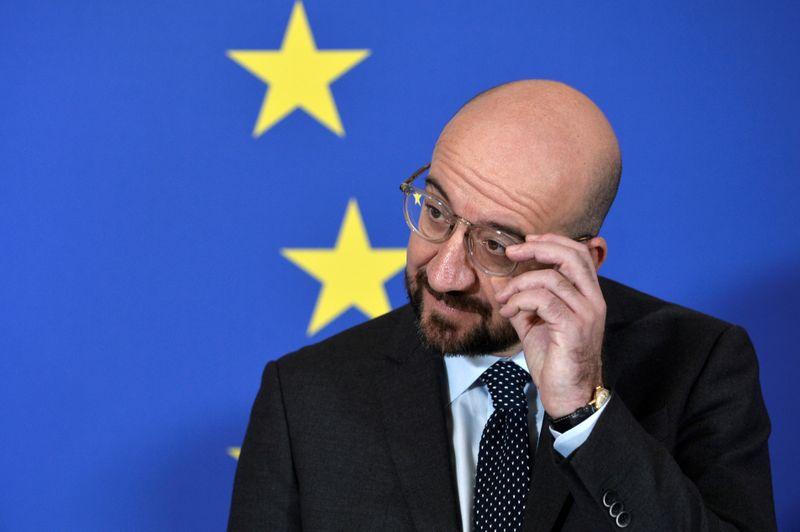 BRUSSELS (Reuters) – The European Union will attempt to find a fair and balanced way to achieve its goal of a climate-neutral bloc by 2050, European Council President Charles Michel said on Tuesday, saying EU countries will have to take into account the differences between them.

EU leaders will meet at a Thursday-Friday summit to endorse the objective, which will make the bloc a global leader.

They will also push for the mid-century goal of net-zero greenhouse gas emissions, which Poland, Hungary and the Czech Republic have previously blocked.

“We must also recognise that it will require efforts from all member states. We will put in place a framework and the necessary resources to chart a fair and balanced path towards our objective,” Michel wrote in a letter to EU leaders ahead of the meeting.

“This means taking into account the different national realities and starting points,” he said.

On the bloc’s long-term budget from 2021, currently the subject of fraught discussions among the EU countries, Michel called for flexibility from everyone.

“We must enter into a new stage of our work and engage seriously. There is no point repeating known positions and maximalist requests, concessions will be needed from all sides,” he said.

Michel reiterated the bloc’s hope for continued close ties with Britain after its exit from the group.

“We are ready for the next steps and reaffirm our desire for as close a relationship as possible with the United Kingdom. We will adopt short conclusions on Brexit,” he said.

Prepare to study in Canada
Study permit: Who can apply
Canada Has 3 Of The Most Livable Cities In The World
Roe vs Wade: How Disenfranchised Americans Can Immigrate to Canada
Canada Immigration Drives Fastest First Quarter Population Growth For 30 Years
How Do I Get In The Canada Express Entry Pool?
Temporary Workers, International Students More And More Important To Canada