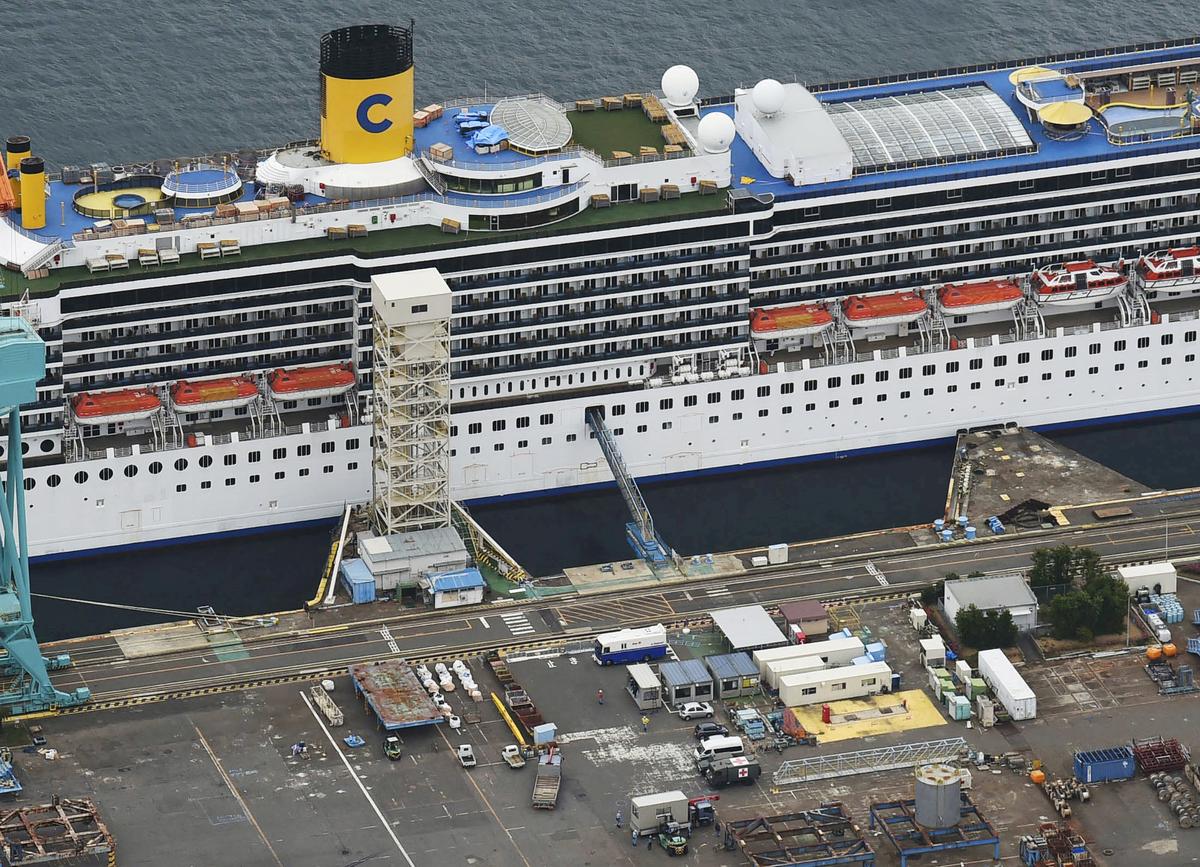 With testing of all crew members now complete, the new number, reported by public broadcaster NHK, brings the total infections onboard the Costa Atlantica to around 150, roughly one quarter of the vessel’s 623 crew members. TV Asahi said 57 crew members tested positive.

The infection cluster onboard the vessel docked in Nagasaki comes as hospitals are running out of beds in some parts of Japan, where the national tally of virus cases has risen above 12,800. Some 345 people have died.

Of those infected onboard the Costa Atlantica, only one crew member has been admitted to hospital, NHK said, while others remain on board, having shown slight or no symptoms.

The vessel has been docked in Japan since February for repairs and maintenance after the pandemic prevented scheduled repairs in China. Nagasaki authorities had quarantined the vessel on arrival, and ordered its crew not to venture beyond the quay except for hospital visits.

But prefecture officials said earlier this week that some of the crew had departed without their knowledge, and sought detailed information on their movements.

The cruise ship infections follow a similar incident earlier this year, when more than 700 passengers and crew tested positive for the virus on the Diamond Princess cruise liner docked in Yokohama.