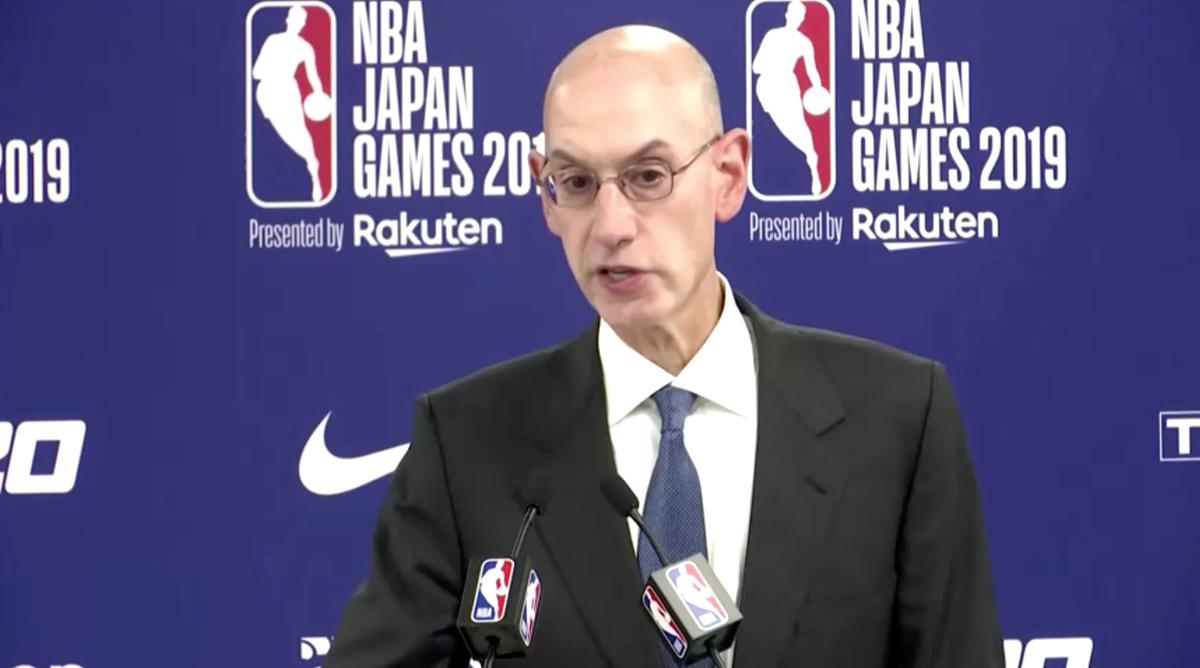 (Reuters) – NBA Commissioner Adam Silver said on Thursday that the fallout following a tweet from a Houston Rockets official who backed the Hong Kong democracy protests has already cost the league substantial financial losses in China.

FILE PHOTO: Adam Silver, Commissioner of the NBA, gives a statement during a news conference in Tokyo, Japan October 8, 2019 in this still image taken from a video. Reuters TV via REUTERS

The National Basketball Association spent years building a huge following and burgeoning business in China, a market worth an estimated $4 billion for the league, but its future in the country is suddenly on shaky ground.

“I felt we had made enormous progress in terms of building cultural exchanges with the Chinese people. And, again, I have regret that much of that was lost,” Silver said at the Time 100 Health Summit in New York.

“And I’m not even sure where we’ll go from here, but the direct answer to your question is the financial consequences have been and may continue to be fairly dramatic.”

The controversy began this month after Rockets General Manager Daryl Morey tweeted his support for the pro-democracy demonstrators in a since-deleted post that included an image captioned: “Fight For Freedom. Stand With Hong Kong.”

In the aftermath of Morey’s tweet, China did not broadcast or stream the two preseason games that were held in the country between the Los Angeles Lakers and Brooklyn Nets while the NBA canceled many player appearances.

Corporate partners in the country have also scrapped or suspended relations with the league.

“Our games are not back on the air in China as we speak,” Silver said in his first public appearance since returning from his recent trip to Asia.

Silver also said the Chinese government has asked that Morey, who was named the NBA’s executive of the year in 2018, be fired for the tweet.

“We said there’s no chance that’s happening,” said Silver, who has previously stated the league would not apologize for Morey expressing his freedom of expression. “There’s no chance we’ll even discipline him.”

Chinese foreign ministry spokesman Geng Shuang denied that Beijing made such a demand against Morey, however.

“We especially went to the relevant departments to check on this claim,” Geng told reporters during the ministry’s daily briefing in the Chinese capital on Friday. “The Chinese government has never made this kind of request.”