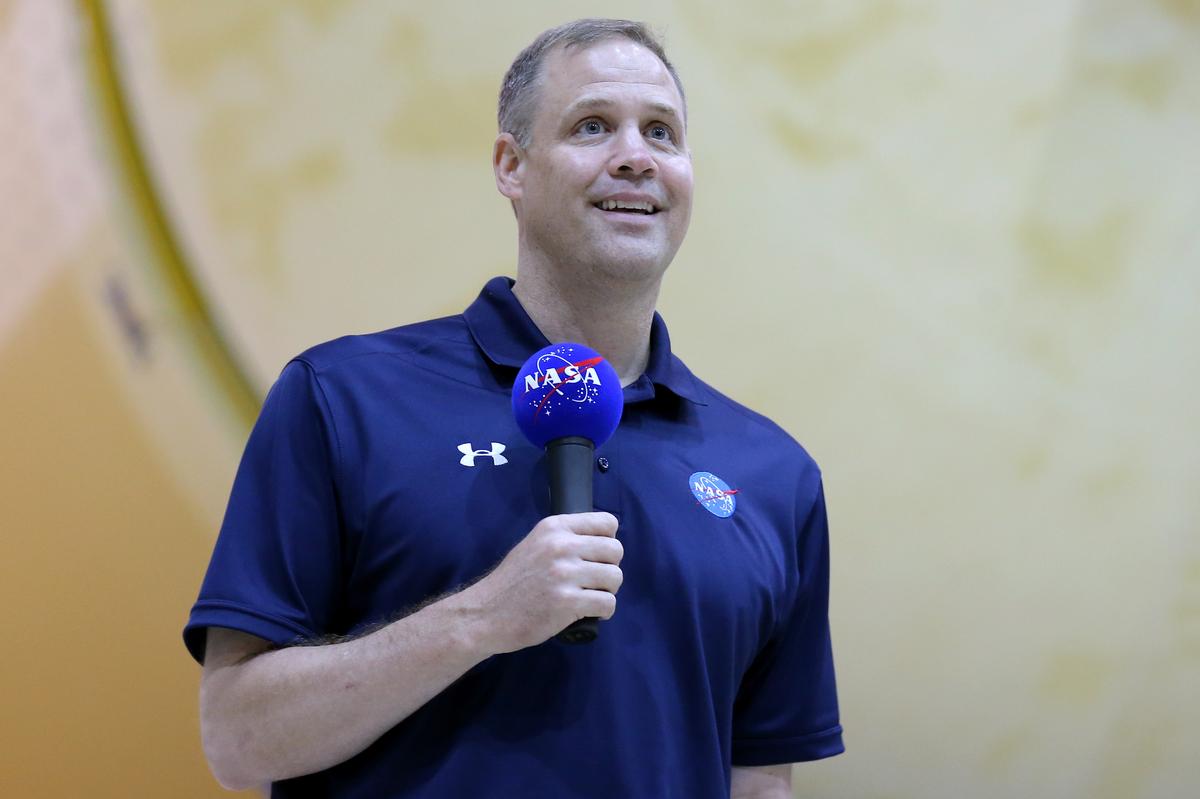 HAWTHORNE, Calif. (Reuters) – SpaceX’s Crew Dragon astronaut capsule will be ready for its first manned test flight into orbit in the first quarter of next year, provided that “everything goes according to plan” in upcoming tests, NASA chief Jim Bridenstine said on Thursday.

FILE PHOTO: NASA Administrator Jim Bridenstine speaks to media during a visit to NASA’s Michoud Assembly Facility where engineers are preparing to add the final section to the core stage of the rocket that will power NASA’s Artemis 1 lunar mission, in New Orleans, Louisiana, U.S., August 15, 2019. REUTERS/Jonathan Bachman

On a visit to the SpaceX headquarters, Bridenstine praised Elon Musk’s company for its “fail fast, then fix” approach to spacecraft design after a personal tour and briefing at the sprawling manufacturing plant – a display of unity amid a rare public spat between the two key space figures.

But he also emphasized NASA’s concern for astronaut safety, saying the timeline could slip.

“We are not going to take any undue risk,” Bridenstine said, standing beside Musk outside a clean room that contained a Crew Dragon capsule.

The National Aeronautics and Space Administration is paying commercial launch contractors SpaceX and Boeing Co (BA.N) $6.8 billion to build rocket-and-capsule systems to return astronauts to the International Space Station from U.S. soil for the first time since America’s space shuttle program ended in 2011.

Bridenstine’s visit to SpaceX headquarters in the Los Angeles suburb of Hawthorne comes as SpaceX works to overcome key technical challenges on the Crew Dragon. SpaceX has so far never flown humans into orbit, only cargo.

Musk and Bridenstine said they were working together through concerns over re-entry parachutes and other technical challenges, some of which were first publicly detailed by Reuters.

“It’s a pretty arduous engineering job to get the parachutes right,” Musk said, declaring that Crew Dragon’s parachutes will have “twice the safety factor” than those used in the Apollo era.

“Testing will be complete and hardware at the Cape (Canaveral) by the end of December,” he added.

While Musk and Bridenstine provided few concrete details on their joint investigation into an explosion during a capsule ground test in April, Musk said incidents were inevitable during complex development processes and rigorous testing.

The visit follows a dispute over the last two weeks between Musk and the NASA chief, who bristled at Musk on Twitter for celebrating an unrelated milestone achieved on SpaceX’s deep-space Starship rocket while completion of the Crew Dragon project remained delayed.

Musk quickly shot back during a series of interviews, at one point citing a rival NASA moon rocket dubbed the Space Launch System that is years behind schedule and billions of dollars over budget. He also told CNN “most of the work” left to complete on Crew Dragon was related to “a long series of safety reviews” by NASA.

Both the Boeing and SpaceX capsules have been beset by delays and testing mishaps that have prevented either company from achieving goals for manned orbital missions in 2019.

RACE TO THE STATION

SpaceX successfully launched an unpiloted Crew Dragon in March to the International Space Station, a $100 billion orbital research laboratory that flies about 250 miles (400 km) above Earth.

Bridenstine told reporters on Thursday that a high-altitude abort test of a system designed to propel the capsule to safety in the event of an emergency on the way to orbit would happen in “short order,” though he did not provide a specific date.

NASA and SpaceX have had a strained relationship at times in recent years. SpaceX’s rise to become a dominant launch services provider for satellites over the last decade has been fueled in part by NASA contracts and the agency’s transformative strategy to buy services from private companies rather than owning the technology itself.

The top executive for Boeing’s rival Starliner program, John Mulholland, told a conference on Wednesday that its own key test of an abort system that propels astronauts to safety during an emergency was slated for Nov. 4, while its unpiloted orbital test flight was set for Dec. 17.

Under that time frame, the first Starliner manned mission is all but certain to slip into 2020.

With no current means of flying astronauts into orbit from U.S. soil, NASA has been paying Russia about $80 million per ticket for rides to the space station.

Bridenstine said NASA was “still buying seats” for ride-alongs aboard Russia’s Soyuz as an “insurance policy” against future delays in the crew capsule development.

Asked about his jab at Musk on Twitter, Bridenstine said he was “signaling” to SpaceX and all other NASA contractors that “we need more realism built in to our development time frames.”