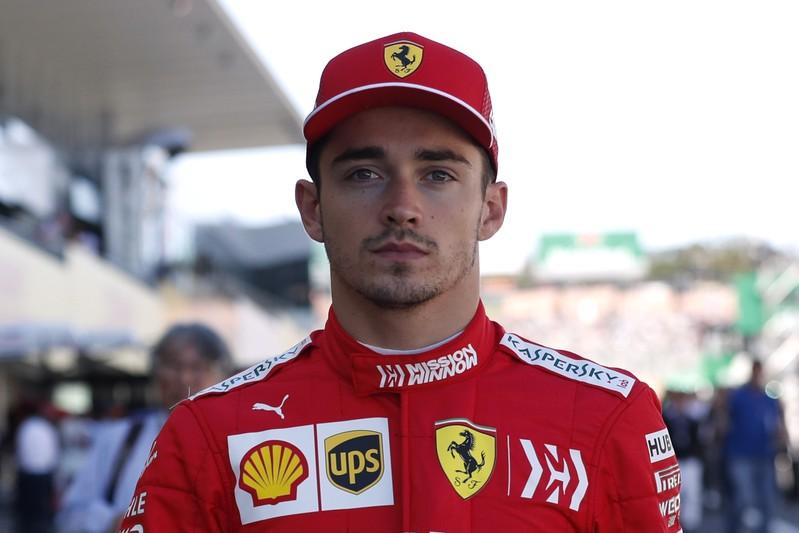 MEXICO CITY (Reuters) – Charles Leclerc likes a nice steak and is a long way from following Lewis Hamilton in going vegan but, like every Formula One driver, Ferrari’s young ace is interested in any advantage he can get.

The 21-year-old Monegasque is therefore not ruling out making some changes to his diet after a season that has catapulted him into the spotlight as the Italian team’s brightest young prospect.

Next season, if Ferrari can carry their gathering momentum into 2020, could even see Leclerc challenging for the championship after losing out to Hamilton’s Mercedes outfit this year.

“I am not vegan, but I am obviously looking into all of these things,” he told Reuters in an interview at the Mexico City offices of Ferrari’s long-standing fuel and oil partner Shell.

Five times world champion Hamilton recently stirred up a storm on social media with social media posts expressing despair at the state of the planet and urging people to go vegan.

Hamilton has spoken often of the benefits he feels of switching to a plant-based diet.

“I think Lewis is a good example of going vegan. But at the moment different drivers have different opinions on that. I’m just trying to follow the best way and the way I feel the best with myself,” said Leclerc.

The Monegasque said he was also keen to see more use of bio-fuels, with talk of the sport increasing the content to 20% when new rules come into force in 2021.

“I am definitely interested in that and I think Formula One should do the absolute maximum to try and go in that direction,” he said.

On track, Leclerc has more than matched his team mate Sebastian Vettel this season and with four races remaining is ahead of the four times world champion on points, podiums, wins and poles.

His four poles in a row between Belgium and Russia took his tally to six for the season, drawing comparisons to Ferrari great Michael Schumacher.

If he has much to be proud of in his first season with the Italian team, for whom he is now their youngest race winner, Leclerc is also unrelenting in self-criticism.

He has called himself stupid over the team radio airwaves, and to shut up.

“I’ve always been very hard on myself, it’s the way that works with me. I don’t like to hide the errors I make. Any time I’m doing a mistake, I’m just saying it,” he explained.

“For me, it’s the easiest way to improve from that afterwards. I analyze everything I do and when I see something I don’t like I try to find the solution and that’s why I’m so hard on myself.”

Next season will be the same, he said.

“It might be that for some drivers it doesn’t work like that but on my side I’m pretty sure this is the way forward so I will stay like this,” he declared.

Both Ferrari and their drivers have paid the price for mistakes and mechanical failures, against Mercedes rivals who rarely put a wheel wrong, and Leclerc said he and the team had work to do in 2020.

He would not want to undo this year’s mistakes, however.

“Whether I would go back in the past to change them, I don’t think so because I think you learn from mistakes,” he said.

Mercedes are sure of an unprecedented sixth successive title double this year, with Hamilton in a position to wrap up his sixth drivers’ championship at Sunday’s Mexican Grand Prix and the constructors’ crown already won.

Ferrari look safe in second place and go into the race with high hopes, literally at a track some 2,200 meters (7,200ft) above sea level.

Leclerc recognized there was a chance of adding a third win to his season’s tally.

“Overall I think…we should be quite good. There are long straights, our engine seems to be working pretty well, our straight line speed is good and our cornering speed since some races is also good,” he said.

“Let’s see how it goes but I’m feeling positive.”