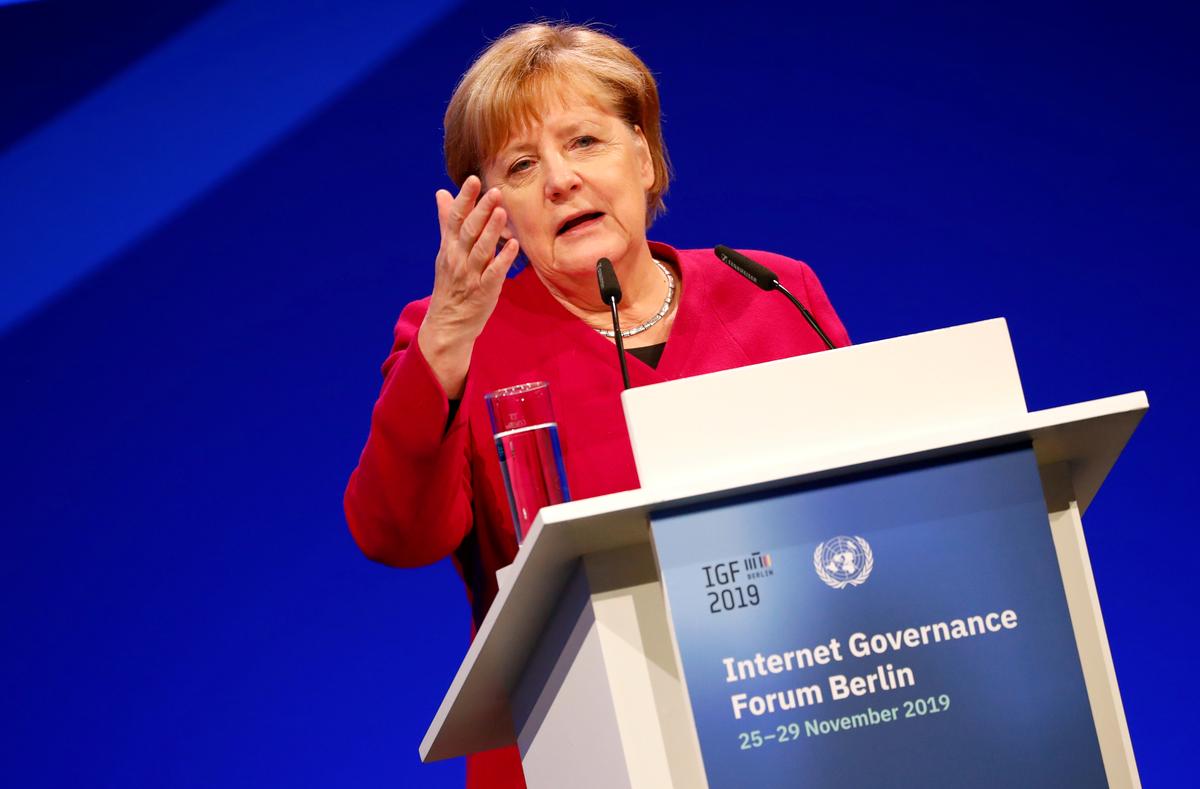 BERLIN (Reuters) – German Chancellor Angela Merkel called on European countries on Wednesday to agree a common approach towards China and the rollout of the next generation 5G mobile network.

Some German lawmakers want to exclude China’s Huawei from 5G contracts, following warnings by the United States that this could lead to spying for Beijing. Huawei denies the allegations made by Washington.

Merkel prefers security standards to be the yardstick rather than singling out individual firms.

“One of the biggest dangers … is that individual countries in Europe will have their own policies towards China and then mixed signals will be sent out,” she told lawmakers in a budget debate in the Bundestag lower house on Wednesday.

“That would be disastrous not for China but for us in Europe,” Merkel said, adding Germany and France must try to agree a common approach first and a Europe-wide solution could be developed from that.

France will not follow the United States and exclude Huawei from its 5G network but will have the power to vet all equipment makers for any potential security threat, a minister said on Monday.

“It is undisputed that we need high security standards in the expansion of 5G but just as we must define that for ourselves, we must also discuss it with other European partners,” Merkel said.

All the telecoms operators in Germany, which has close trading ties with China, are customers of Huawei and have warned that banning it would delay the launch of 5G networks.