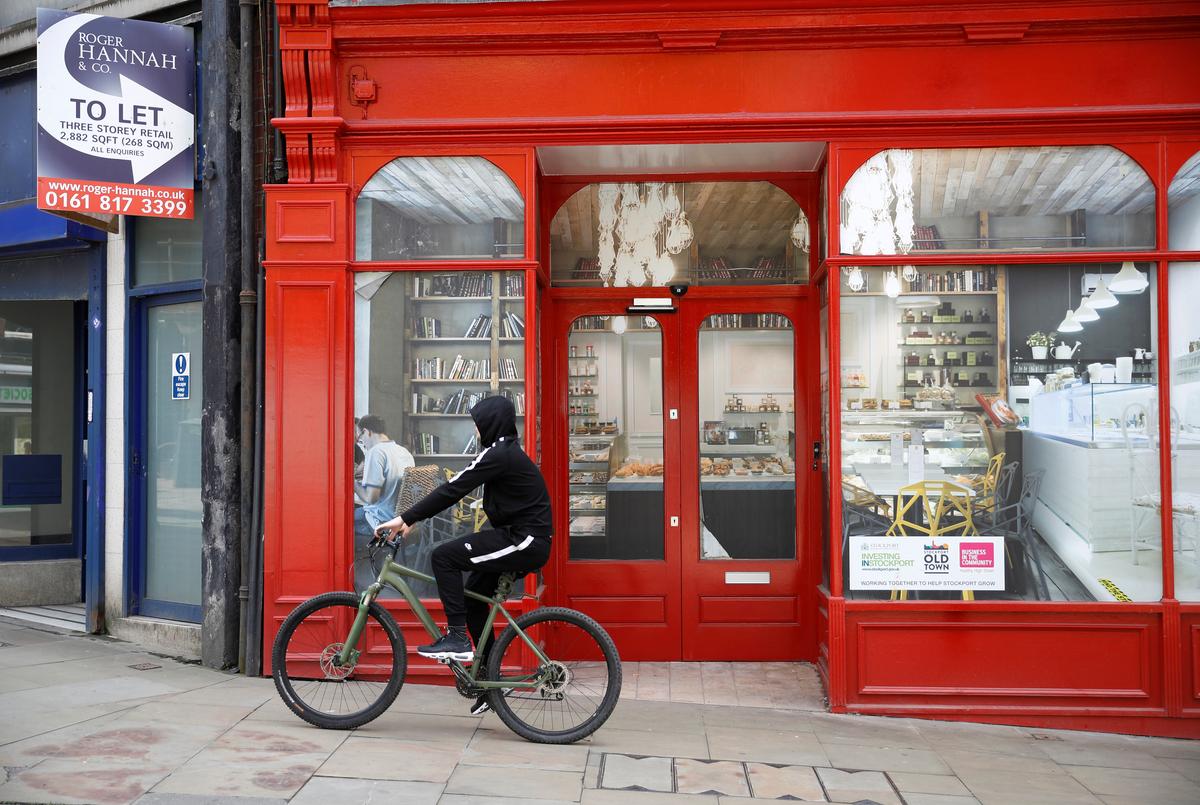 FILE PHOTO: A boy cycles past a closed down retail unit for rent in Stockport, near Manchester, Britain June 11, 2018. REUTERS/Phil Noble

LONDON (Reuters) – The northern English city of Manchester is the fastest-growing tech hub in Europe, measured by the rate of increase in venture capital funding, with investment jumping from 48 million pounds in 2018 to 181 million pounds in 2019, industry body Tech Nation said.

As well as Manchester, Britain had four other cities in the European top 20: London, which ranked top in Europe, Bristol, Oxford and Cambridge, the report said.

Tech Nation aims to help technology companies grow through its programmes and promotional activity. It is both publicly and privately funded, with around 80% coming from the British government.