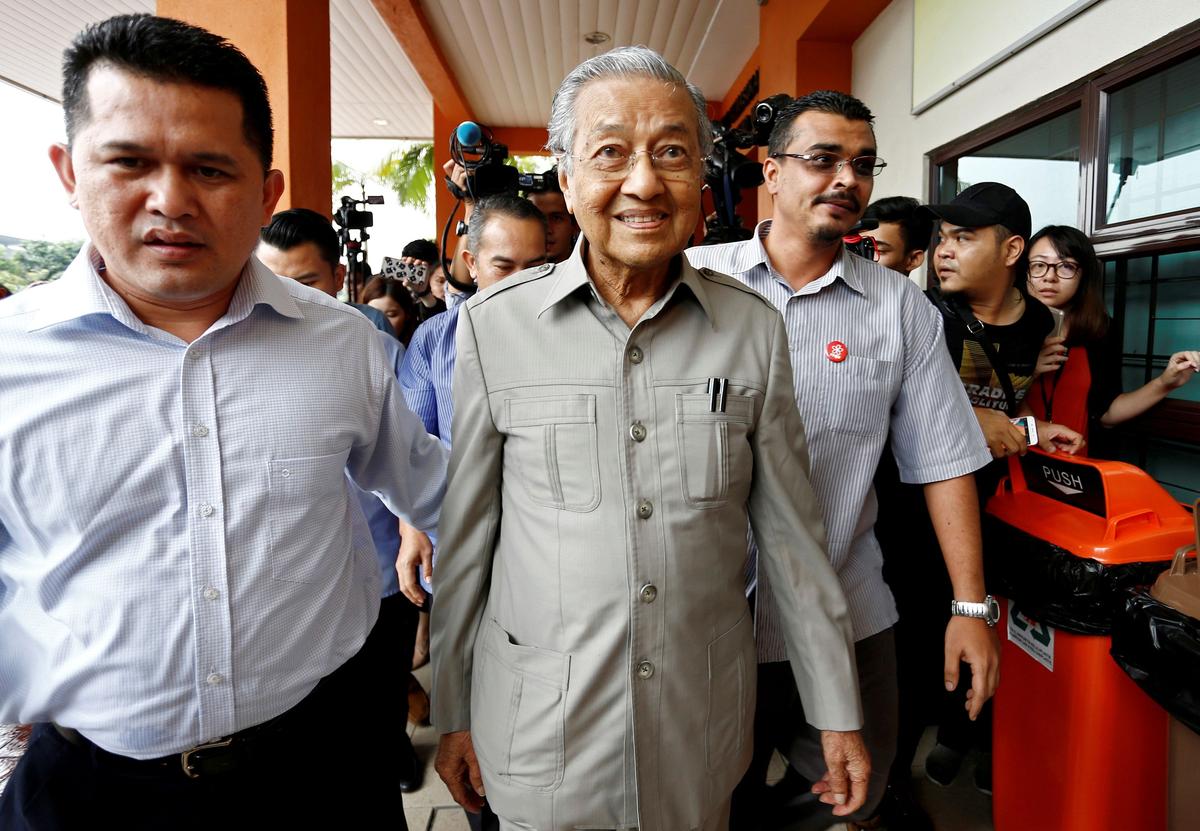 KUALA LUMPUR (Reuters) – Rival political factions competed to win favor with Mahathir Mohamad on Tuesday after he plunged Malaysia into political turmoil by resigning as prime minister, reinforcing the likelihood his shock move will strengthen his power.

Mahathir, who at 94 is the world’s oldest government leader, stepped down on Monday but was immediately named as interim prime minister by Malaysia’s king – a role that carries all the authority of a permanent leader.

The move effectively broke apart an increasingly fragile and unpopular coalition Mahathir had formed with old rival Anwar Ibrahim, 72, to win government on an anti-corruption platform in 2018. It also potentially freed Mahathir from a pre-election promise to hand over the reins to Anwar before his term ends in 2023.

“He has total freedom to decide as he pleases,” said Ibrahim Suffian, director of pollster Merdeka.

In one of his first acts as interim leader, Mahathir disbanded his entire cabinet late on Monday, opening up political negotiations to form another government.

An official from Mahathir’s Bersatu party, which is trying to put together one alliance, said a group of senior members met with Mahathir on Tuesday.

The Democratic Action Party (DAP), part of a rival pact, also said it wanted Mahathir to continue in office.

“He is the person most likely to be the next prime minister,” said DAP parliamentarian Ong Kian Ming.

Whatever the outcome of coalition talks, it will mark yet another realignment of politics just two years after Mahathir made a stunning political comeback to topple former leader Najib Razak and bring down the party that had ruled for six decades – and which he had once led.

Mahathir, a former doctor, is credited with transforming Malaysia into an industrial nation from a rural farming backwater when he previously served as prime minister from 1981 to his retirement 2003.

“Just another day in the office,” Mahathir said in a post on his official Twitter account that was accompanied by a series of photos of him reading through paperwork at the prime ministerial desk.

INTERVIEWS WITH THE KING

Under Malaysia’s constitution, any lawmaker who can command a majority in parliament can stake a claim to form a government, which must then be approved by the king.

The palace said the king would hold individual interviews with all 222 elected members of the lower house of parliament on Tuesday and Wednesday, to assess who was likely to succeed.

“For Malaysians, the trauma of uncertainty is hard to overstate,” the pro-establishment New Straits Times newspaper wrote in an editorial.

The political crisis comes at a particularly bad time for the Malaysian economy, after growth fell to a decade low in the final quarter of last year. Mahathir had been scheduled to announce a stimulus package to deal with the coronavirus outbreak on Thursday.

Malaysia’s stock market recovered slightly on Tuesday after falling to an eight-year low on Monday while the currency also rose after hitting a near six-month low.

Mahathir and Anwar formed the Pakatan Harapan coalition to defeat the UMNO party and its Barisan Nasional alliance in 2018. Anwar was Mahathir’s deputy prime minister when he was arrested and jailed in the late 1990s for sodomy and corruption, charges that Anwar and his supporters maintain were aimed at ending his political career.

Additional reporting by Krishna N. Das and Liz Lee; Writing by A. Ananthalakshmi and Matthew Tostevin; editing by Jane Wardell