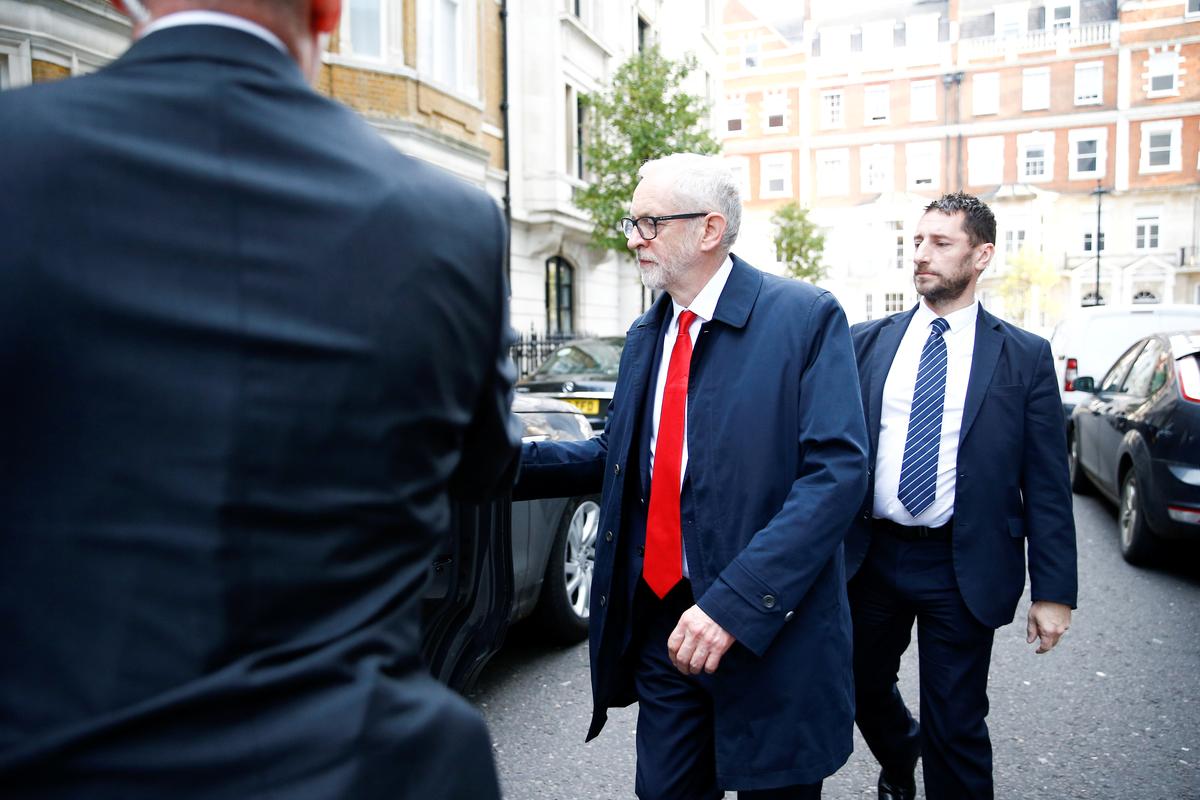 LONDON (Reuters) – Britain’s opposition Labour Party wrote to the head of the BBC on Thursday to complain about its coverage of campaigning ahead of next week’s election, accusing the publicly-funded broadcaster of bias.

“That bias has been reflected in the framing, content and balance of BBC reporting during the campaign,” Gwynne wrote in a letter to the BBC’s Director General Tony Hall.

“If the Conservatives are allowed to ‘play’ or manipulate the BBC, and this behaviour goes unchecked, then the corporation will have effectively been complicit in giving the Conservative Party an unfair electoral advantage.”

The broadcaster, which is funded by a tax on all television-watching households and regularly faces accusations of bias from across the political spectrum, is bound by strict rules to ensure impartiality.

“The BBC will continue to make its own independent editorial decisions, and is committed to reporting the election campaign fairly, impartially and without fear or favour,” a BBC spokesman said.

Labour, trailing the Conservatives by about 10 points in opinion polls before the Dec. 12 vote, are particularly unhappy that Johnson has not agreed to be interviewed by veteran journalist Andrew Neil, who has already subjected the other major party leaders to tough questioning.

Labour said they had agreed to the Neil interview on the understanding that Johnson had also signed up.

“Instead, the BBC allowed the Conservative leader to pick and choose a platform through which he believed he could present himself more favourably and without the same degree of accountability,” Gwynne said.

On Thursday, having just interviewed the head of the Brexit Party Nigel Farage on BBC TV at prime-time, Neil issued an on-air challenge to Johnson to appear before him. He also detailed a series of questions he would ask, focusing on whether Johnson could be trusted over campaign promises.

“We have been asking him for weeks now to give us a date, time, a venue. As of now, none has been forthcoming,” Neil said, mocking Johnson by saying they had an interview which was “oven-ready”, one of the phrases Johnson uses repeatedly to describe a Brexit deal agreed with the European Union.

Neil said any British prime minister would at times have to stand up to U.S. President Donald Trump, Russian President Vladimir Putin and Chinese President Xi Jinping. “So we’re surely not expecting too much that he spend half an hour standing up to me.”

No one from the Conservative Party was immediately available for comment.

However, asked earlier about whether he would do an interview with Neil, Johnson said he would continue “to submit to the interrogation of the media”.

“I’m the first prime minister to … about to do  two one-on-one leadership debates, several hours’ worth of phone-ins, endless press conferences and interviews with all sorts of BBC people called Andrew,” he told reporters.