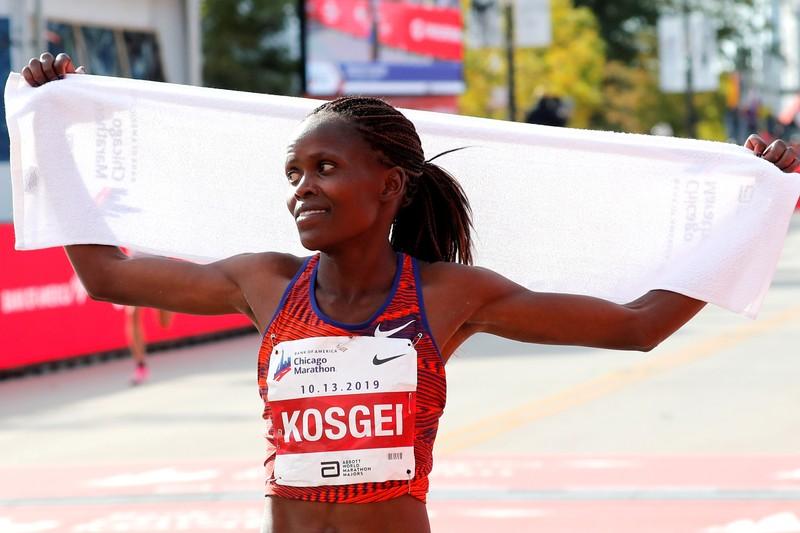 (Reuters) – Kenya’s marathon world record holder Brigid Kosgei is among five finalists for the Female Athlete of the Year award after the sport’s governing body, World Athletics, narrowed down the initial list of 11 nominees.

American Dalilah Muhammad, who broke her own 400m hurdles world record to claim gold at the world championships, was also among the finalists announced on Tuesday alongside Jamaican Shelly-Ann Fraser-Pryce, Venezuelan Yulimar Rojas and the Netherlands’ Sifan Hassan.

Kenya’s Eliud Kipchoge, who became the first athlete to run a marathon in under two hours in an unofficial event in Vienna last month, was among the five finalists named for the male athlete of the year award on Monday.

Americans Sam Kendricks and Noah Lyles, Uganda’s Joshua Cheptegei and Norwegian hurdler Karsten Warholm are also up for the award.

The winners will be announced at the World Athletics Awards 2019 in Monaco on Nov. 23.

Reporting by Hardik Vyas in Bengaluru; Editing by Peter Rutherford