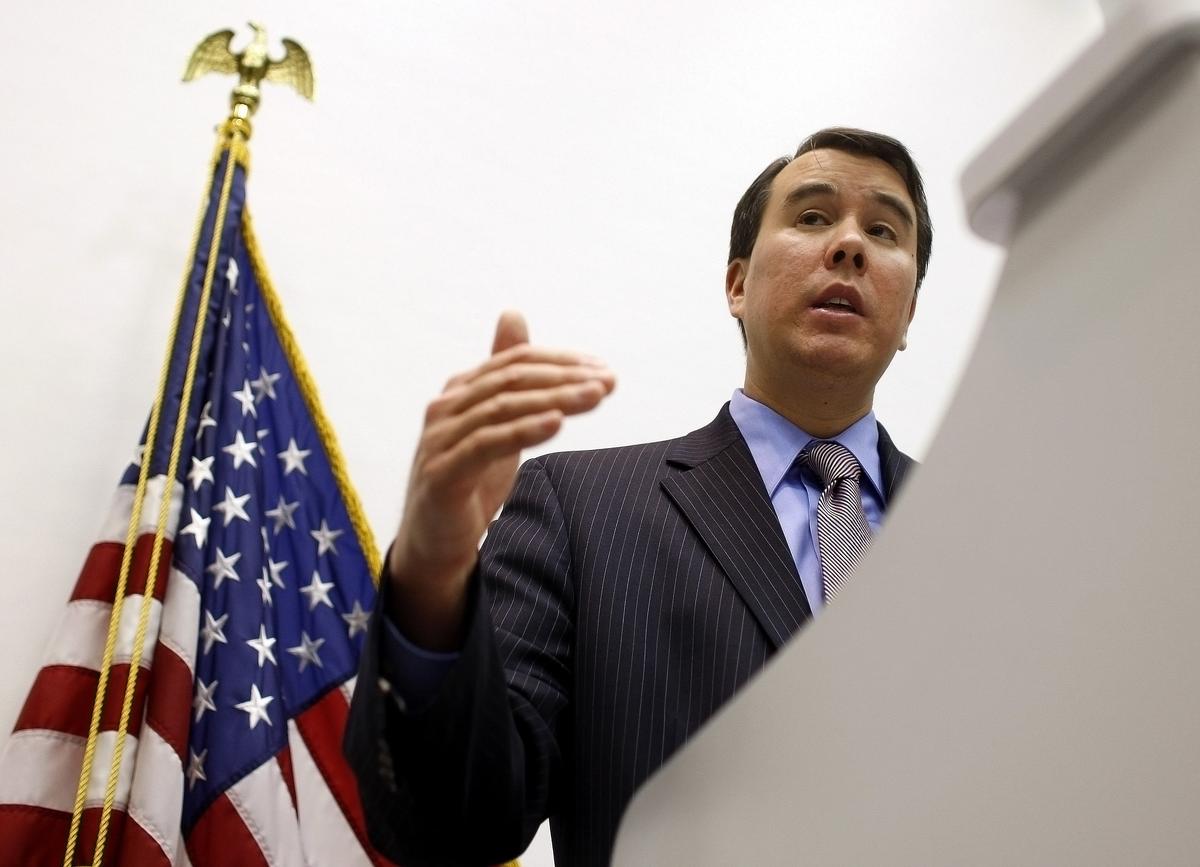 WASHINGTON (Reuters) – A key Pentagon official said on Wednesday he would leave his post at President Donald Trump’s request, according to a copy of his resignation letter seen by Reuters, after a battle between government agencies over a bid to crack down on exports to China’s Huawei Technologies Co Ltd.

John Rood, the under secretary of defense for policy, will step down from the Pentagon’s No. 3 job at the end of the month, the Department of Defense said separately in a statement, without offering a reason.

“Mr. President, It’s my understanding…that you requested my resignation,” Rood wrote in the letter, thanking Trump for the privilege of serving and listing key policy achievements, including focusing the DOD “on the growing threat from China.”

The announcement comes a day after Trump pushed back against a move by some officials in key U.S. federal agencies to further limit exports to China, saying national security concerns should not be used as an excuse to stymy sales by U.S. companies abroad.

One of the measures floated involved expanding the government’s ability to block exports to telecom equipment giant Huawei, which was placed on a trade blacklist last year over national security concerns.

Rood was instrumental in reversing the Pentagon’s initial opposition to that measure, proposed by the Commerce Department, which would have expanded the scope of items made abroad that the U.S. could have blocked from being sold to Huawei, sources familiar with the matter said.

“I would like to thank John Rood for his service to our Country, and wish him well in his future endeavors!” Trump said in a Twitter post on Wednesday.

Rood, formerly a senior executive at defense contractor Lockheed Martin Corp and a 20-year veteran of various government roles, took on his current role in January 2018.

James Anderson, the current senior official Performing the Duties of the Deputy Under Secretary of Defense for Policy, will take on Rood’s role until a permanent replacement is found and confirmed, the DOD statement said.