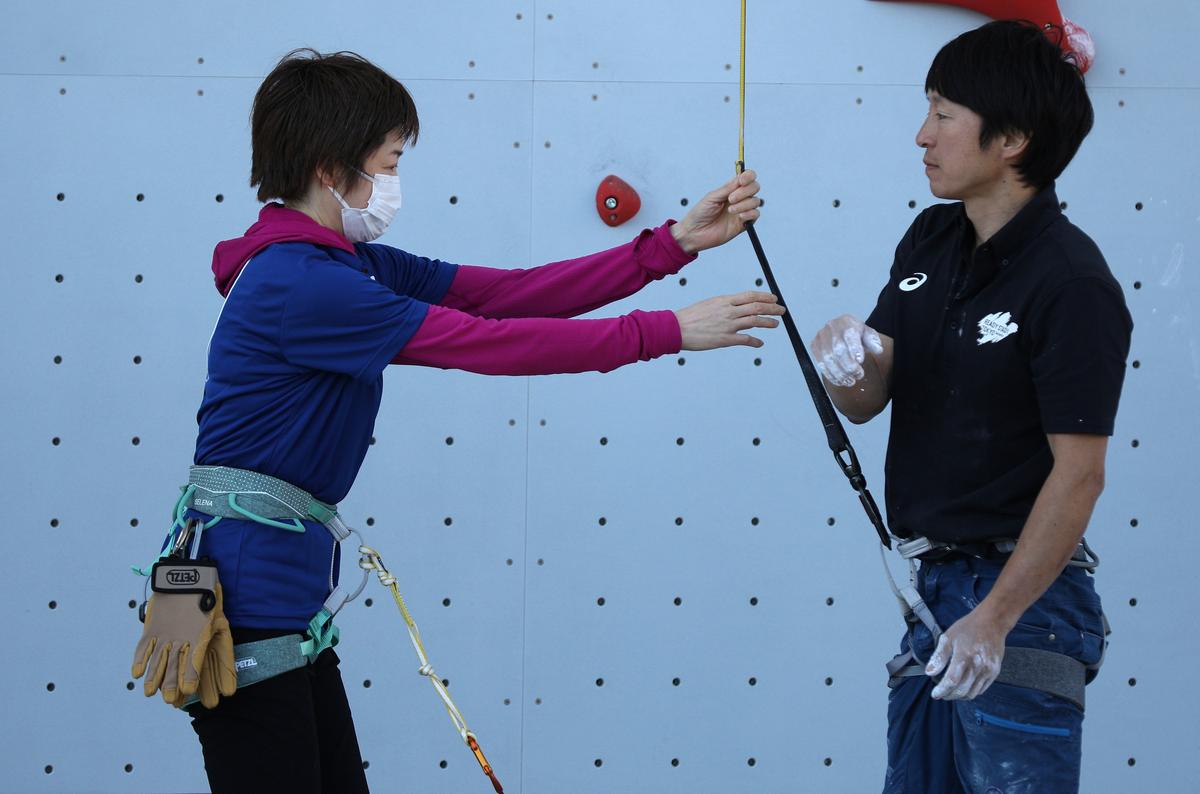 TOKYO (Reuters) – Organizers of the Tokyo 2020 Olympics pushed on with the test event for sports climbing on Friday even as a raft of matches and tournaments were being canceled or postponed worldwide due to concerns over the coronavirus outbreak.

Tokyo 2020 staff participate in a test event for the sports climbing, replacing the athletes due to concerns over the spread of coronavirus at Aomi Urban Sports Park in Tokyo, Japan, March 6, 2020. REUTERS/Stoyan Nenov

Tokyo 2020 organizers have insisted they are planning for the Games to begin as scheduled on July 24, while the International Olympic Committee President Thomas Bach has said that cancellation is not even being discussed.

Several other Tokyo 2020 test events, including rugby sevens and boccia, have been canceled because of the virus but Friday’s test for sports climbing went ahead, albeit with just a smattering of officials and media in attendance.

“We have requested everyone … to refrain from coming if their temperature is high,” venue manager Mika Yanagiswa told reporters. “We have also prepared a check sheet for health condition at the entrance. If you are okay, you can enter.”

The flu-like coronavirus, which can be transmitted from person to person, originated in China late last year and has spread to more than 60 countries. Almost 91,000 have been infected and over 3,000 have died, most of them in China.

Infections in Japan have risen above 1,000, most of them from a quarantined cruise liner. Twelve people have died.

On Friday, there was no crowd at the temporary Aomi Urban Sports Park for the test event for the climbing, although it will have a capacity of 8,400 when the sport makes its Olympic debut in the Japanese capital.

Instead of professional athletes scaling the climbing walls, as per the original plan, route setters and other officials took part so organizers could ‘test operational readiness’.

Some volunteers were also asked to stay away.

During the Olympics, sports climbing will take place during the evening sessions to avoid the worst of Tokyo’s summer heat, which will be a relief to spectators as there is very little protection from the elements at the venue.

However, with only a small roof to cover the front of the climbing wall, athletes would be exposed in the event of rain.

“If the hold is wet or dangerous or the athletes complain or see risks then we have to make some judgments,” climbing sports manager Toru Kobinata said.

The event will feature 20 male and 20 female athletes competing in three disciplines – speed, bouldering and lead.

The combined score of each climber’s performance in each discipline will determine final rankings and who will win the first ever Olympic gold in the sport.