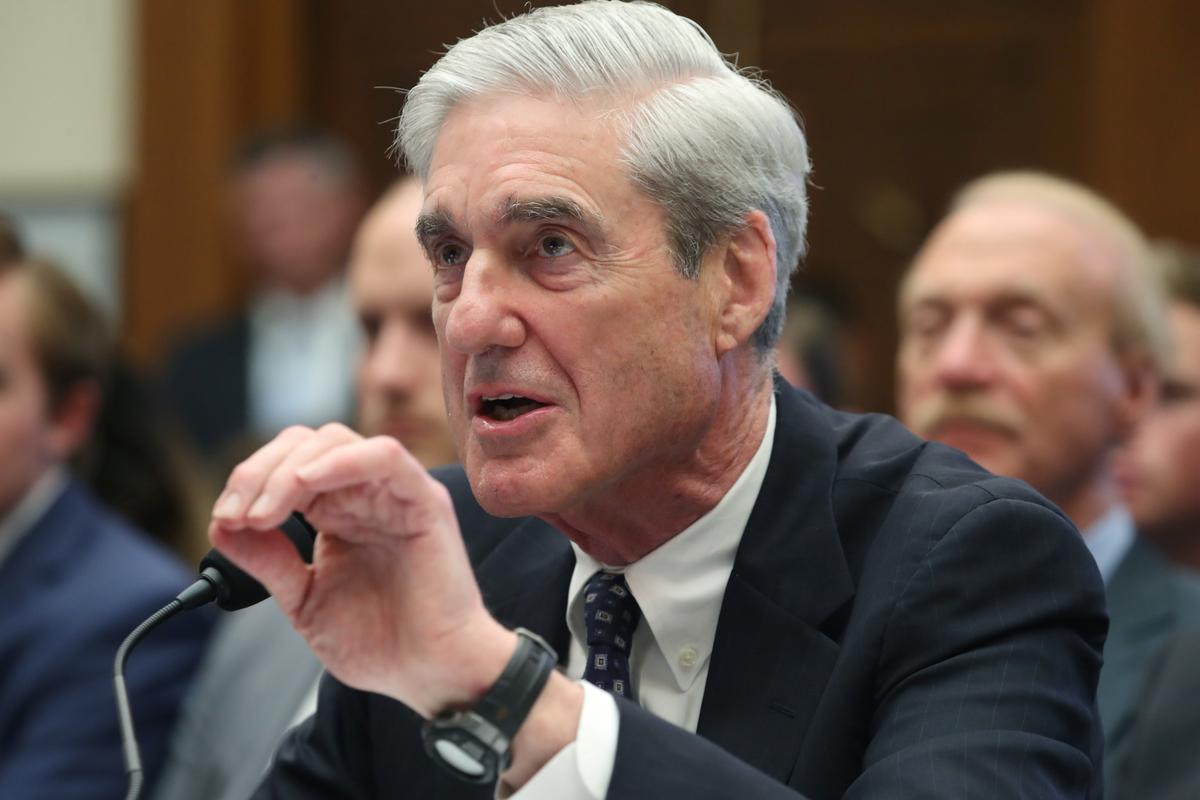 (Reuters) – A U.S. judge on Friday validated the legality of the Democratic-led impeachment inquiry against President Donald Trump and ordered his administration to hand over an unredacted copy of former special counsel Robert Mueller’s report detailing Russian meddling in the 2016 election.

Former Special Counsel Robert Mueller testifies before the House Intelligence Committee at a hearing on the Office of Special Counsel’s investigation into Russian Interference in the 2016 Presidential Election on Capitol Hill in Washington, U.S., July 24, 2019. REUTERS/Leah Millis

U.S. District Judge Beryl Howell, handing a major victory to the Democratic-led House of Representatives, undercut an argument that Trump’s fellow Republicans have made in attacking the impeachment inquiry. The judge said the House need not approve a resolution formally initiating the effort.

The U.S. Constitution gives the House wide latitude in handling impeachment. Democrats began the inquiry without putting such a resolution to a vote.

The judge gave the Justice Department until next Wednesday to provide the blacked out material from the Mueller report that was subpoenaed by the House Judiciary Committee.

The department had argued that the redacted information could not be disclosed because it contained material from grand jury proceedings that was required to be kept secret, but the judge strongly disagreed.

“DOJ is wrong,” Howell said, adding that the committee’s need for disclosure of the materials “is greater than the need for continued secrecy.”

“Impeachment based on anything less than all relevant evidence would compromise the public’s faith in the process,” added Howell, a former federal prosecutor appointed to the bench by Trump’s Democratic predecessor Barack Obama.

Howell also ruled that the House has undertaken a legal and legitimate impeachment inquiry and criticized efforts by the Justice Department and the committee’s ranking Republican Doug Collins to argue that Democrats had not met the legal threshold.

“Blocking access to evidence collected by a grand jury relevant to an impeachment inquiry, as DOJ urges, undermines the House’s ability to carry out its constitutional responsibility with due diligence,” the judge added.

The Democrats sought access to the redacted materials as part of their effort to build a case for removing Trump from office.

The committee, Howell ruled, “has presented sufficient evidence that its investigation has the preliminary purpose of determining whether to recommend articles (of) impeachment,” referring to formal charges that the House could approve that would trigger a trial in the Senate on whether to remove Trump from office.

A Republican resolution introduced in the Senate on Thursday criticized the process that House Democrats are using in the impeachment inquiry. It argued that a resolution is needed to initiate such an inquiry. The judge disagreed.

“Even in cases of presidential impeachment, a House resolution has never, in fact, been required to begin an impeachment inquiry,” the judge wrote.

“The court’s thoughtful ruling recognizes that our impeachment inquiry fully comports with the Constitution and thoroughly rejects the spurious White House claims to the contrary,” Nadler said.

Kerri Kupec, a Justice Department spokeswoman, said the department is reviewing the decision.

Mueller submitted his report to U.S. Attorney General William Barr in March after completing a 22-month investigation that detailed Russia’s campaign of hacking and propaganda to boost Trump’s candidacy in the 2016 election as well as extensive contacts between the Trump campaign and Moscow.

But when Barr, a Trump appointee who Democrats have accused of trying to protect Trump politically, made the 448-page report public the following month, some parts were blacked out, or redacted.

Mueller said his investigation found insufficient evidence to establish that Trump and his campaign had engaged in a criminal conspiracy with Russia.

The impeachment inquiry centers not on the Mueller report but on Trump’s request that Ukraine investigate a domestic political rival, Democrat Joe Biden.

Reporting by Jan Wolfe and Sarah N. Lynch; Editing by Grant McCool and Will Dunham