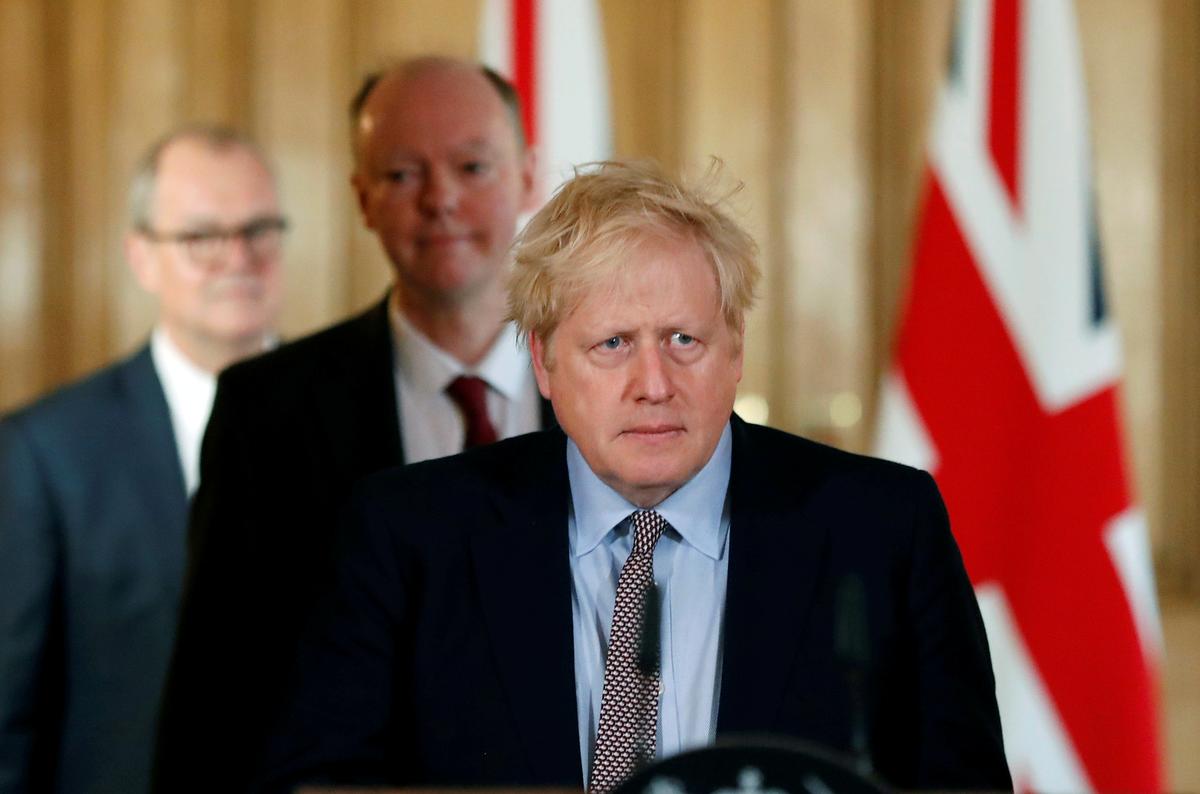 LONDON (Reuters) – British Prime Minister Boris Johnson’s condition is improving and he is able to sit up in bed and engage with clinical staff, finance minister Rishi Sunak said on Wednesday as Johnson remained in intensive care battling COVID-19.

Johnson was admitted to St Thomas’ hospital on Sunday evening with a persistent high temperature and cough and was transferred to intensive care on Monday.

The 55-year-old British leader, who tested positive for the new coronavirus nearly two weeks ago, has received oxygen support but has not been put on a ventilator.

“The latest from the hospital is that the prime minister remains in intensive care where his condition is improving,” Sunak said at a daily government coronavirus news conference.

“I can also tell you that he has been sitting up in bed and been engaging positively with the clinical team.”

Johnson’s designated deputy, Foreign Secretary Dominic Raab, said earlier the prime minister would soon be back at the helm.

But the number of new infections and hospital admissions in Britain was beginning to show signs of flattening, Stephen Powis, medical director of the National Health Service, told the news conference.

While Johnson was out of action, the country was entering what scientists said was the deadliest phase of the outbreak and the government was grappling with the question of when to lift the lockdown.

In the latest of a raft of measures to rescue the economy and society from the worst effects of the crisis, Sunak announced an extra 750 million pounds ($930 million) of funding for charities so that they could continue their work.

He also said Raab would chair a government emergency response meeting, known as Cobra, on Thursday to discuss how to deal with a review of lockdown measures in Johnson’s absence.

“We committed that there would be a review in and around three weeks (from the start of the lockdown). That review will be based on the evidence and the data provided by SAGE,” said Sunak, referring to the Scientific Advisory Group for Emergencies.