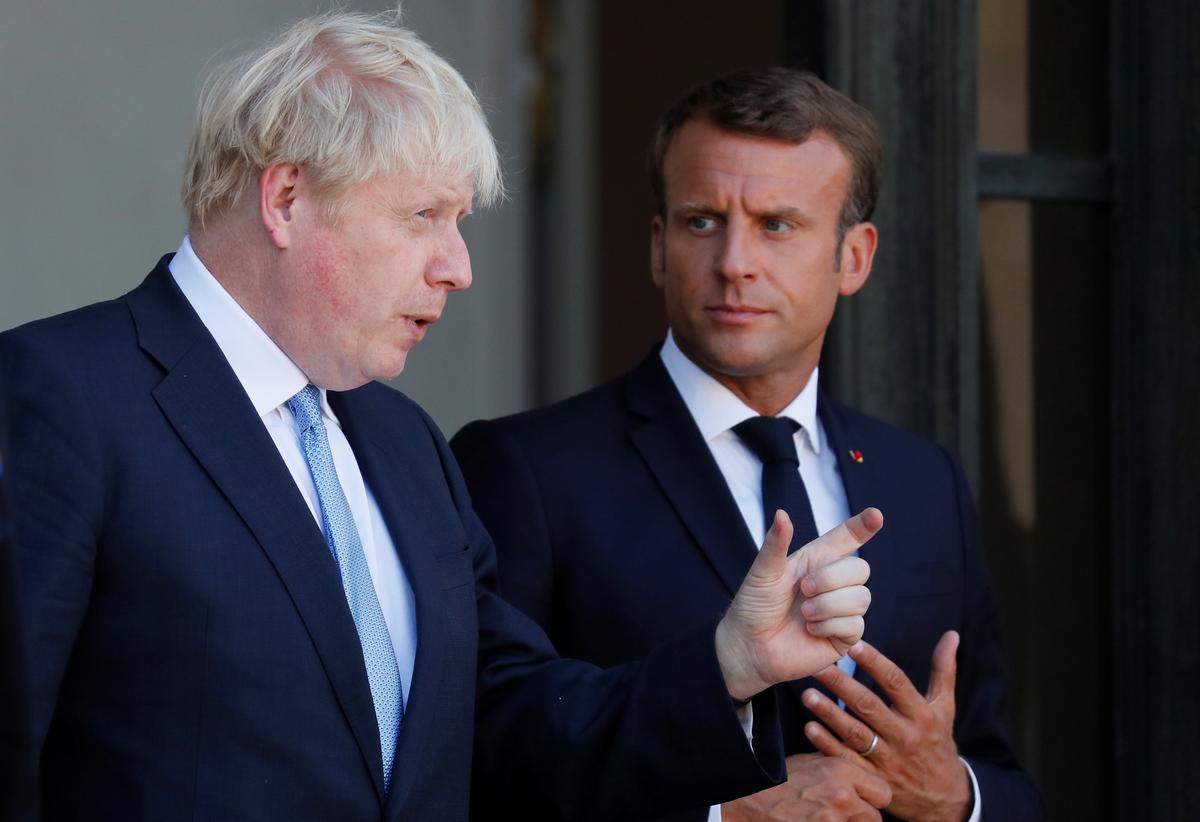 LONDON (Reuters) – Britain’s Boris Johnson urged French President Emanuel Macron on Sunday to “push forward” to secure a Brexit deal and told him the EU should not be lured into the mistaken belief that the UK would stay in the EU after Oct.31, the prime minister’s office said.

Johnson discussed his Brexit proposal, which has been widely rebuffed in Brussels, with Macron and Portuguese Prime Minister Antonio Costa on Sunday.

“This is the chance to get a deal done: a deal that is backed by parliamentarians and a deal which involves compromise on all sides,” a senior Number 10 source said on Sunday.

“The UK has made a big, important offer but it’s time for the Commission to show a willingness to compromise too. If not the UK will leave with no deal.”

With the Oct. 31 deadline approaching, Johnson has consistently said he will not ask for another delay to Brexit, but also that he will not break a law that forces him to request one if no withdrawal deal has been agreed by Oct. 19. He has not explained the apparent contradiction in his comments.