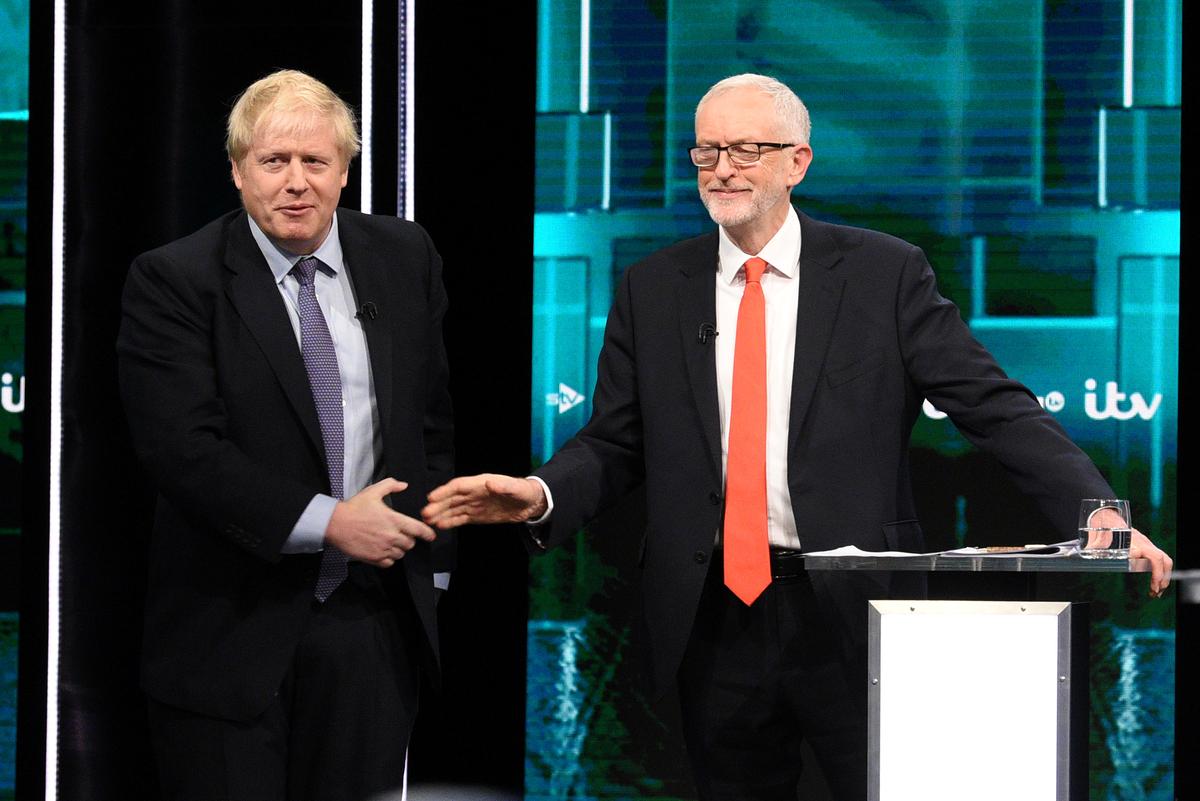 The two men shook hands after the ITV debate host Julie Etchingham asked: “Will you shake hands to make a pledge to improve politics?”