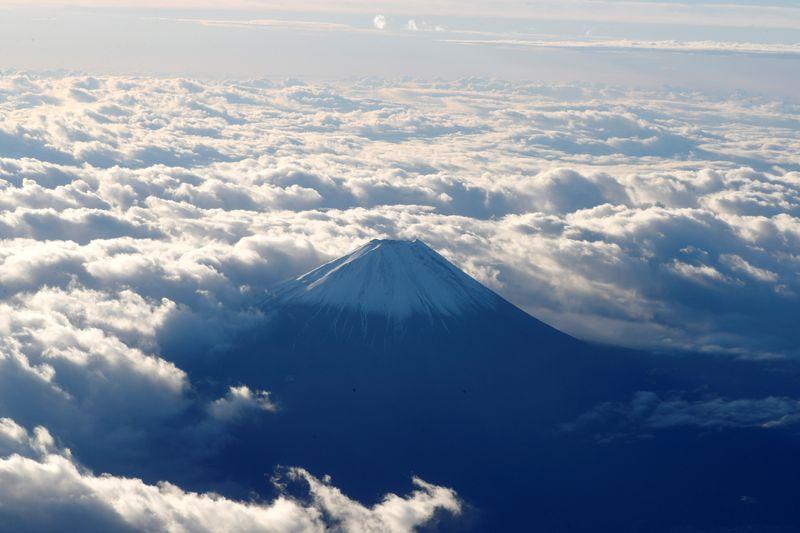 TOKYO (Reuters) – A Japanese government panel has said any major eruption of Mount Fuji would rain so much ash on the capital Tokyo that its transportation network of trains and highways would be paralyzed in three hours.

The panel, which is attached to the Cabinet Office, said simulations had shown that even minute amounts of ash from such an eruption would make it impossible for above-ground trains to run in Tokyo, 100 km (60 miles) to the northeast, and weigh on power lines.

Several centimeters of ash would clog the filters at power plants. Visibility would diminish to zero.

An eruption on the scale of Mount Fuji’s last eruption could go on for two weeks, which the panel included in its calculations.

Mount Fuji last erupted more than 300 years ago, but it is active and occasionally goes through periods of activity that can produce several hundred tremors a month.

“Measures need to be taken both for an emergency response and also recovery over the longer term,” Toshitsugu Fujii, professor emeritus at Tokyo University and the head of the panel, wrote in a report published on Tuesday.

“Steps need to be taken now, waiting until there’s an eruption will be too late,” Fujii told NHK public television.

Japan is one of the world’s most seismically-active nations and is rocked by earthquakes and volcanic eruptions on an annual basis. In 2014, it suffered its worst volcanic disaster in over 90 years when a peak crowded with hikers blew up without warning, killing 63.

Japan has 110 active volcanoes and monitors roughly half of them, but researchers say the budget has always been smaller than that for earthquakes and lacks sufficient equipment.

Of Japan’s nine major volcanic eruptions since 1977, the longest warning was a week. Most were a matter of hours.