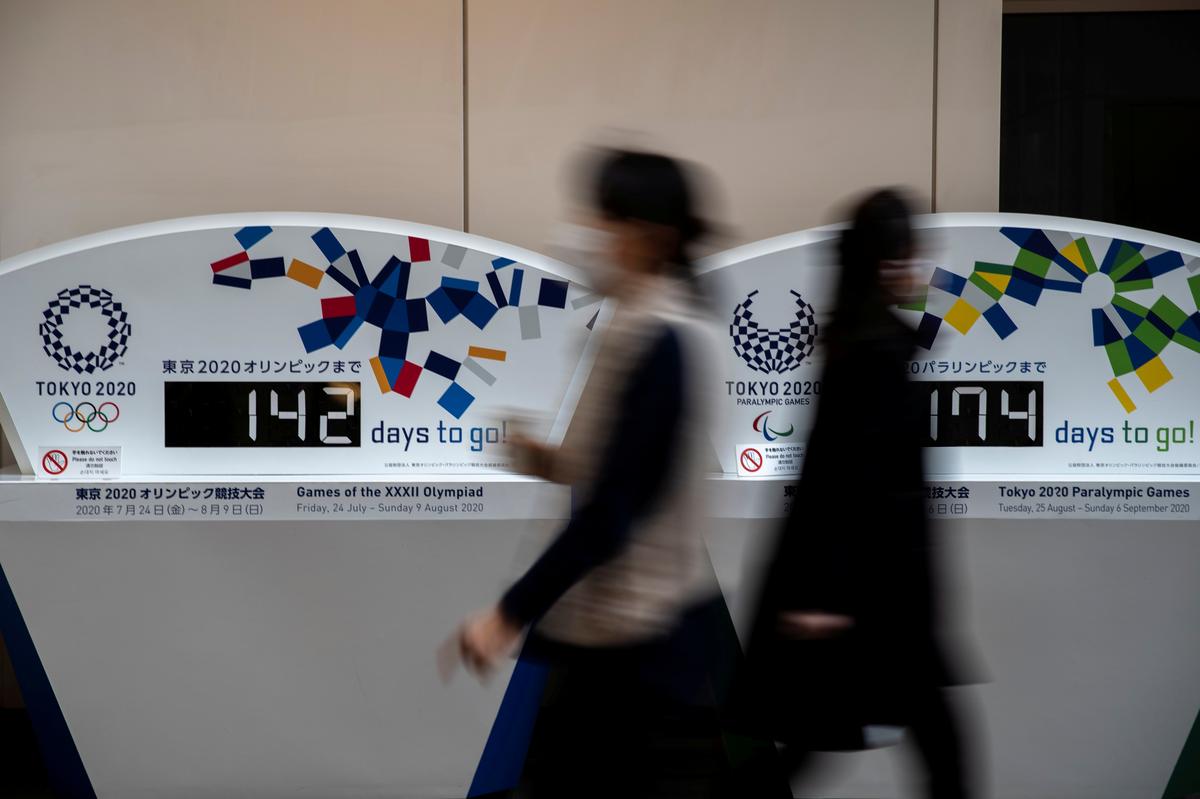 FILE PHOTO: Women wearing protective face masks, following an outbreak of the coronavirus, walk past countdown clocks for the opening ceremony of the Tokyo 2020 Olympic and The Tokyo Paralympic 2020 at a building in Tokyo, Japan, March 4, 2020. REUTERS/Athit Perawongmetha/File Photo

TOKYO (Reuters) – Japan’s Olympics minister said the country is committed to hosting the summer games as planned from July even as the coronavirus outbreak spread to new parts of the country.

“Cancellation or delay of the Games would be unacceptable for the athletes,” Seiko Hashimoto said in parliament on Thursday. “An environment where athletes can feel at ease and focus should be firmly prepared.”

Confirmed coronavirus infections have risen above 1,000 nationwide, with 36 new cases reported Wednesday – the biggest one-day increase to date – in locations ranging from Kumamoto prefecture in the southwest, to Hokkaido in the north. Twelve people have died from the disease, according to the health ministry.

The rapid spread of the outbreak has raised questions about whether Tokyo can host the Olympics as scheduled from July 24.

Hashimoto told the upper house on Thursday that organizers and the International Olympic Committee (IOC) would continue to work together closely. She reiterated the final decision on holding the games as planned rests with the IOC.

Japan’s Olympics minister caused controversy earlier this week by saying the contract for the games “could be interpreted as allowing a postponement” within the year 2020.

On Wednesday, IOC President Thomas Bach said the words ‘cancellation’ or ‘postponement’ were not mentioned during two-day meeting focused on preparations for the Games.

Asked what made him so confident the Games would go ahead, Bach said the IOC and 2020 Games organizers were receiving expert information, including from the World Health Organization.