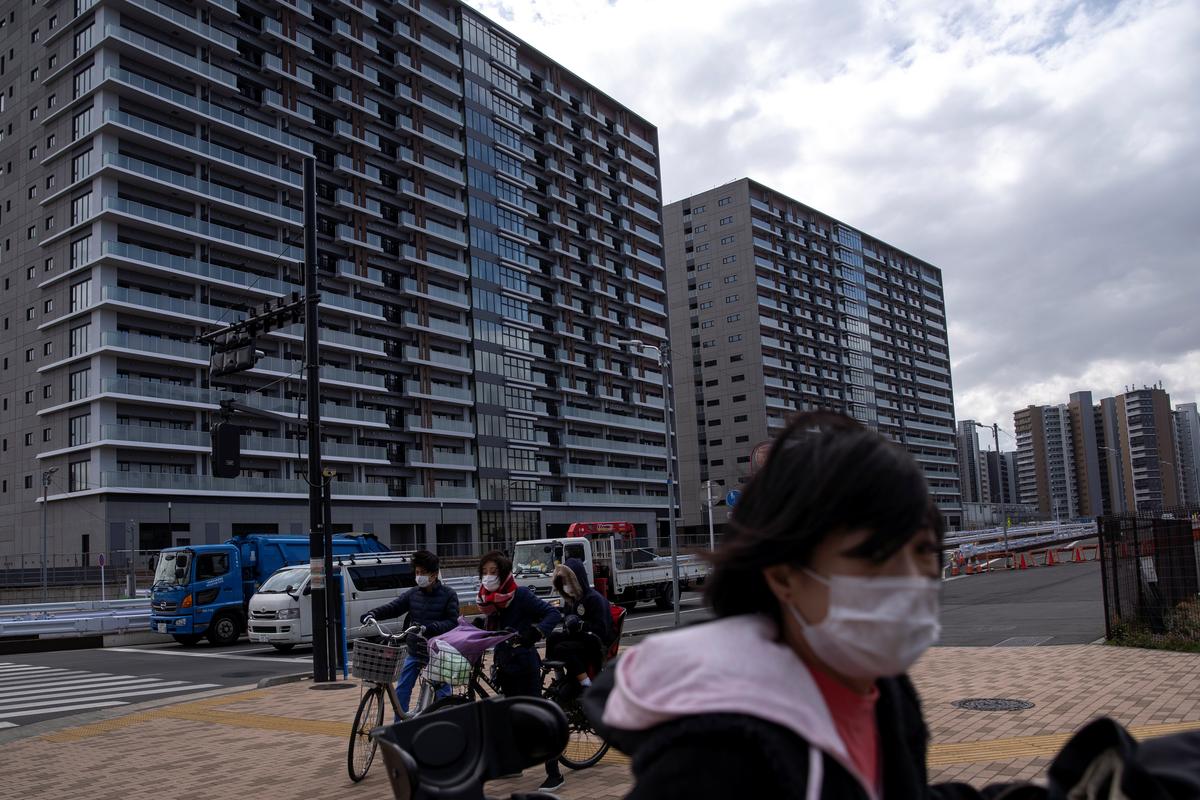 TOKYO (Reuters) – Japan’s Olympics minister signaled on Thursday the Summer Games would go ahead as planned from July even as the coronavirus outbreak spread to new parts of the country.

People wearing face masks, following an outbreak of the coronavirus, ride their bicycles past an under-construction site of the Tokyo 2020 Olympics villages in Tokyo, Japan, March 5, 2020. REUTERS/Athit Perawongmetha

The minister, Seiko Hashimoto made the comments on the same day that Japan reported its biggest one-day increase in new cases of coronavirus. Broadcaster NHK reported confirmed cases had risen to 1,036 nationwide as of Thursday morning, 36 more than the previous day.

And while plans for the Games to goahead were unchanged, a state visit to Japan by Chinese President Xi Jinping was delayed following a decision by both Tokyo and Beijing.

The Olympics minister had stirred controversy earlier this week by saying the contract with the International Olympic Committee “could be interpreted as allowing a postponement” of the within calendar 2020, but she tack following a meeting of the IOC on Wednesday.

“Based on the fact that the IOC never mentioned about cancelling or postponing the Tokyo Games at its meeting yesterday, I don’t expect a cancellation notice or anything of that sort,” Hashimoto told parliament.

Tokyo Governor Yuriko Koike said in a statement the metropolitan government was working in full collaboration with the IOC and organisers “to ensure the delivery of a safe and secure Games.”

Chief Cabinet Secretary Yoshihide Suga said Japan and China would arrange a better time for Xi to visit as they have agreed to prioritize the fight against the coronavirus. The delay in Xi’s visit, originally planned for early April, will not affect Japan-China relations, he told a news conference.

The rapid spread of the virus has raised questions about whether Tokyo can host the Olympics as scheduled from July 24, with the effects being felt by other sporting events.

On Wednesday, the Japanese Rugby Football Union announced that next month’s Asia Sevens Invitational, which doubles as a test event for rugby sevens at the Tokyo Olympics, has been cancel led due to concerns over the coronavirus outbreak.

The Tokyo marathon was held this month without the participation of non-elite runners, and with fewer volunteers and spectators.

Twelve people have died from the disease in Japan, according to the health ministry.

Hashimoto told the upper house on Thursday that the final decision on holding the Games as planned rests with the IOC.

“Cancellation or delay of the Games would be unacceptable for the athletes,” Hashimoto said. “An environment where athletes can feel at ease and focus should be firmly prepared.”

Under the host city contract, the IOC has the right to terminate the contract if it has reasonable grounds to believe the safety of the Games would be seriously threatened.

But IOC head Thomas Bach on Wednesday voiced confidence the Games would go ahead, saying organizers were receiving expert information from the World Health Organization and others and that the words “postponement” and “cancellation” had not been mentioned at the IOC’s executive board meeting.

“I think the Olympics should be canceled in this case because it is a dangerous situation,” 77-year-old Yufumi Tamaki told Reuters on Thursday. “I feel sorry for the athletes and the people who have prepared for the Games, but it is more important to save lives.”

Organizers have made provisions to cancel Tokyo 2020 in the event of a massive earthquake or other natural disaster, Japan’s Mainichi newspaper reported.