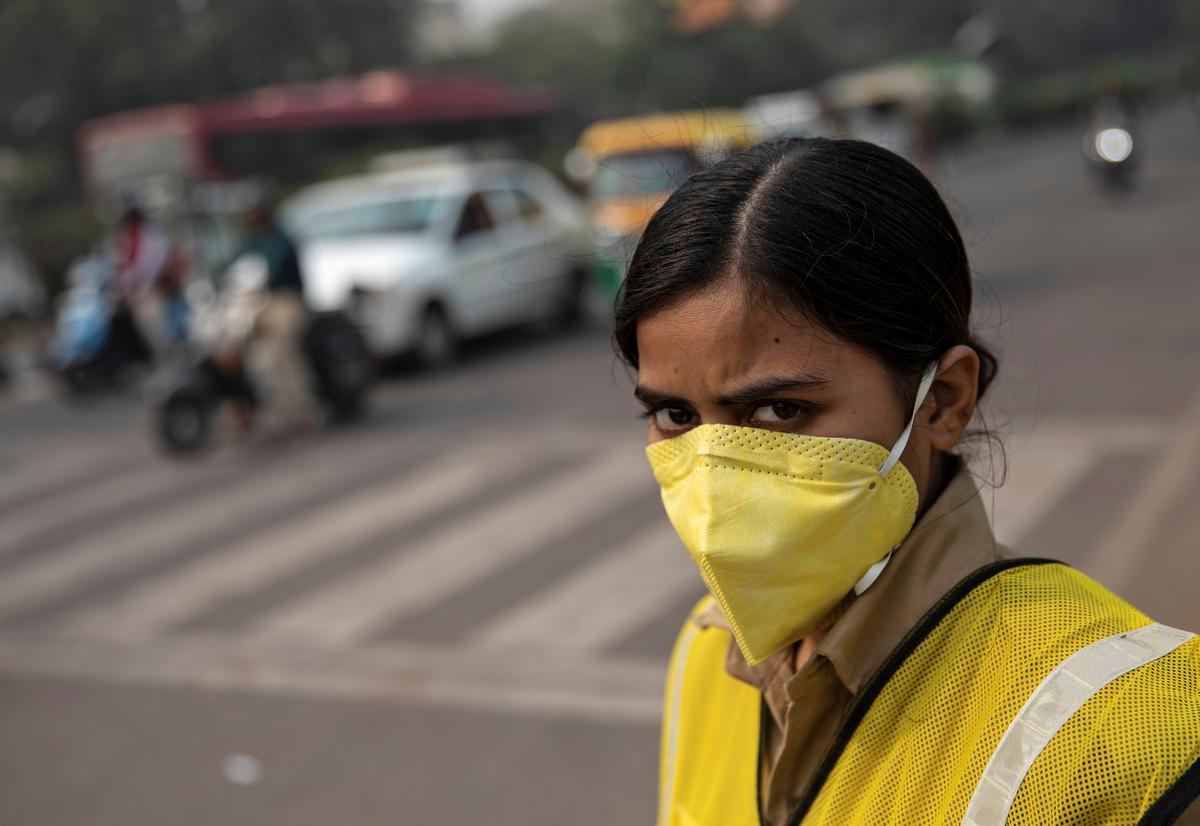 NEW DELHI (Reuters) – Authorities in India’s capital New Delhi banished from the roads cars with number plates ending in an odd number on Monday in a bid to cut hazardous air pollution shrouding the city.

The U.S. Embassy air quality index, which measures the concentration of tiny PM 2.5 particles that can be carried deep into the lungs, exceeded 500, indicating serious aggravation of heart and lung disease, and premature mortality in people with existing diseases and the elderly.

Pollution at this level also means a serious risk of effects on the respiratory systems of the general population.

The city government has declared a public health emergency, and imposed an “odd-even” system on private vehicles, at least until Nov. 15.

“It’ a huge inconvenience because I’m not going to make it on time for my meetings,” said Sagar Bajaj, 29, struggling to find a taxi in central Delhi’s busy Connaught Place.

Bajaj said he normally drives to work, but his car’s licence plate ends in and odd number.

Ride-hailing services were exempt from the rule and both Uber and Ola had announced they would not impose surge pricing for the duration of the odd-even scheme.

In Delhi, Vijay Goel, a lawmaker from Prime Minister Narendra Modi’s ruling Bharatiya Janata Party (BJP), decided to defy the “odd-even” system by driving his car which had a number plate ending in an odd number.

Expressing his differences with the city government, which has decided to ration road use to bring down the number of vehicles, Goel said cars contribute only 3% of Delhi’s pollution.

A policewoman wears a mask to protect herself from air pollution at a junction during restrictions on private vehicles based on registration plates on a smoggy morning in New Delhi, India, November 4, 2019. REUTERS/Danish Siddiqui

Neither the BJP, the governing party at federal level, nor the main opposition Congress party are in power in the capital, giving them little incentive to cooperate with the city government run by the Aam Aadmi (Common Man) Party (AAP).

Goel’s decision to violate the ban is the latest example of fractious politicking over pollution.

Leaders from the BJP, the Congress party and the AAP have repeatedly exchanged barbs and traded blame over a sharp deterioration in air quality.

Vehicular exhausts, along with emissions from industry, contribute more than 50% of Delhi’s air pollution on most days through the year, according to official estimates.

The city also ordered schools shut on Monday and all construction work to stop.

A government monitor on Sunday showed air quality had hit the worst level for the year, at 494 on a scale of 500. The level was well above 400 early on Monday.

According to independent online air quality index monitor AirVisual, New Delhi was the most polluted major city in the world on Monday, at twice the level of Lahore in Pakistan, which was a distant second.

Pulling up authorities for their failure to curb air pollution, India’s Supreme Court on Monday asked the state government of Delhi, its neighbouring states and the federal government to work together to help improve air quality.

Every year, at this time, farmers in Punjab and Haryana states, ruled by the Congress party and the BJP respectively, start burning off the rice paddy straw and stubble in preparation for the sowing season.

The smoke from fields combines with urban pollution from vehicles and industry to make Delhi the world’s most-polluted capital.

A traffic policeman wears a mask to protect himself from air pollution at a junction during restrictions on private vehicles based on registration plates, on a smoggy morning in New Delhi, India, November 4, 2019. REUTERS/Danish Siddiqui

“We are also keeping a strict vigil to ensure that people do not set fire to waste or do anything which causes pollution near the Taj,” Bhuvan Yadav, of the state pollution board, told Reuters over phone from the city of Agra, home to the Taj Mahal.