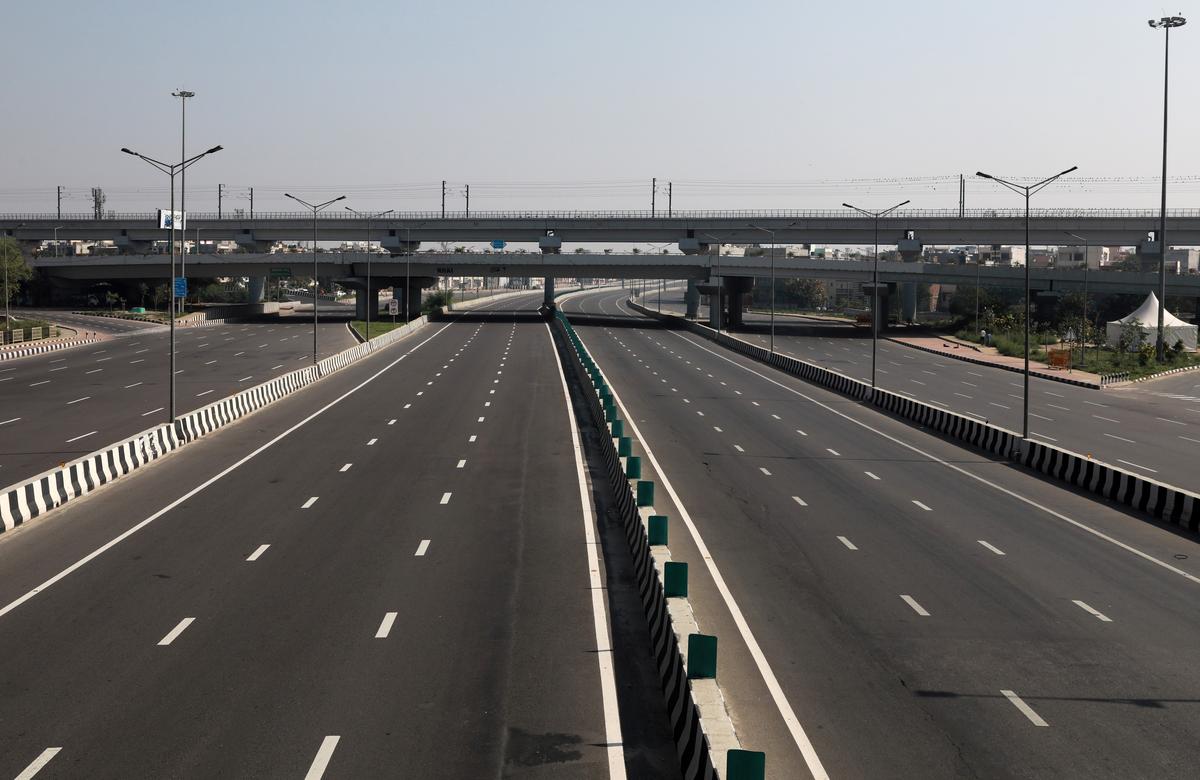 MUMBAI (Reuters) – Hundreds of millions of Indians stayed at home on Sunday, heeding the prime minister’s appeal for people to self-isolate to contain the coronavirus as confirmed cases in South Asia surged to 1,144 with 10 deaths reported.

General view shows a deserted national highway during a 14-hour long curfew to limit the spreading of coronavirus disease (COVID-19) in the country, in New Delhi, India, March 22, 2020. REUTERS/Anushree Fadnavis

While the curfew was voluntary and not an outright ban on movement, Narendra Modi’s appeal resonated and streets across India wore a deserted look, paving way for government to impose swift measures to suspend rail and transport services this week.

Federal and state governments completely shut down 75 districts across the country and Indian Railways, which carries more than 25 million commuters a day, canceled all passenger train services until March 31.

Air quality in the usually noisy and bustling financial capital of Mumbai has improved markedly and social media users posted videos of empty streets with the sound of birds chirping.

Firefighters in western India fumigated areas around closed markets, public squares and urban slum districts as fears of community transmission of the virus grew across India.

Experts have warned that coronavirus cases in India mirror rates during the early stages of the outbreak in other countries before they experienced exponential increases.

With a population of more than 1.3 billion people, India is trying to battle a pandemic with limited resources.

“The curfew period has given us a chance to scale down each and every activity across India,” said a senior aide to Modi, adding that a more rigid approach could trigger protests or unrest.

“A breakdown of law and order will be the worst thing to happen at this point,” he said on condition of anonymity.

Vegetable stalls and small tea shops were quietly closed down by local police and truck drivers were given free masks and sanitizers at checkpoints on inter-state highways.

State leaders urged citizens not to rush to villages but tensions mounted as angry laborers protested at some bus stations against sudden closures of basic transport services.

Private events, such as weddings, and local elections were canceled while the federal government sought to accelerate production of masks and allowed deodorant manufacturers to produce sanitizers.

Modi has asked citizens to stand at balconies and near windows on Sunday evening to clap and ring bells in praise of emergency personnel and sanitation workers on the frontline of the fight against the coronavirus.

India has canceled most entry visas for people flying in from other countries.

Facebook’s WhatsApp has partnered with the federal government to launch a helpline for sharing accurate information about the epidemic and tackle the spread of misinformation through its platform. India is WhatsApp’s biggest market with 400 million users.