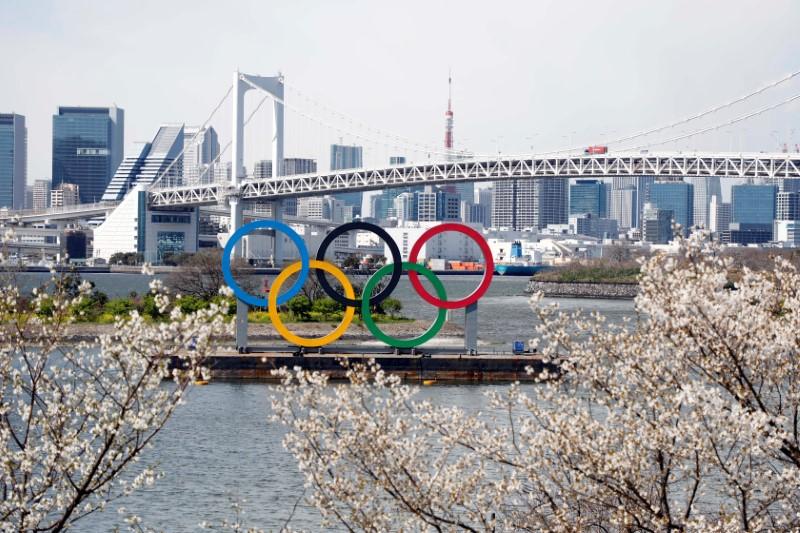 (Reuters) – Major corporate sponsors of the Tokyo 2020 Olympics are standing by the International Olympic Committee after the Games were postponed and experts familiar with the deals said the companies would not likely seek the return of billions of dollars committed to the agreements.

Fourteen global companies including Coca-Cola Co, Procter & Gamble Co and Intel Corp spent $500 million this year and have committed close to $4 billion on multi-year contracts that designate them as top-tier sponsors, according to research firm Global Data.

On Tuesday, the Tokyo Games were postponed to 2021, a first in the 124-year modern history of the event, due to the coronavirus pandemic which has prompted governments to shut businesses globally.

Moments after the announcement, three major sponsors, Procter & Gamble, Intel and Coca-Cola, reaffirmed their commitment to the games.

“As the longest standing sponsor of the Olympic Games, we remain committed to working together with the IOC and TOCOG (Tokyo Organising Committee) to create a successful and safe event,” said a Coca-Cola spokesman.

Despite the severe financial toll on the sponsors, the companies generally consider themselves long-term partners of the International Olympic Committee (IOC).

“No doubt, the IOC and Japan are working hand-in-hand with those 14 sponsors,” said Jason Karlov, a partner at law firm Barnes & Thornburg, who has worked on previous IOC sponsor deals. “They keep the Olympic movement functioning and thriving.”

Beyond the Olympics, the pandemic has forced the cancellation of nearly every national and regional sporting event in the coming months. Lawyers involved in those deals said many corporate sponsors, often smaller companies hard hit by the outbreak, are trying to back out and get their money back.

However, even if a company wanted its Olympic sponsorship money returned, it is unlikely the deal with the IOC allows it, according to those lawyers familiar with the deals.

The sponsorship dollars are crucial to the operations of the IOC, which is a non-profit funded primarily by broadcast rights and revenue from top sponsors. The companies generally pay a portion of the total contract upfront when they sign and the remainder is paid in installments over the length of the agreement.

Reuters did not view the sponsorship contracts, but those familiar with the deals said every contract differs and the delay of the Tokyo games may not necessarily trigger any obligation for the IOC.

Some sponsorship deals might require the IOC to provide “make good” compensation to its sponsors for a postponement of one year or more, lawyers said.

Make goods might include product placements for manufacturers of consumer goods, promotional footage or “meet and greet” events during the Olympics, said Eric Bergner, a lawyer for Manatt, Phelps & Phillips in New York.

Even with sweeteners, some companies may find it difficult to remain in long-term pricey contracts as the spread of coronavirus takes a huge toll on the global economy, one senior media executive said.

McDonald’s Corp pulled out of its long-term Olympics sponsorship in 2017 when the restaurant chain was overhauling operations and cutting costs.

“I think it is definitely a possibility that some sponsors may seek to terminate their sponsorship entirely, based on overriding hardships,” said James Johnston, a partner at law firm Davis and Gilbert, which represents a current top IOC sponsor.

“Nothing is off the table,” the senior executive said.

Michael Lynch, a partner at sports marketing company 3 Emerald Marketing, said the IOC likely will work with sponsors even if it is not required to.

“The IOC has an obligation to respect the integrity and spirit of the agreements, which was delivering a winter and summer games within a four-year period,” said Lynch, who has worked on Olympic sponsorship deals, including 17 years with Visa Inc.

“The last thing the IOC will do is be at odds with the commercial organizations that partner to fund these games,” he said.