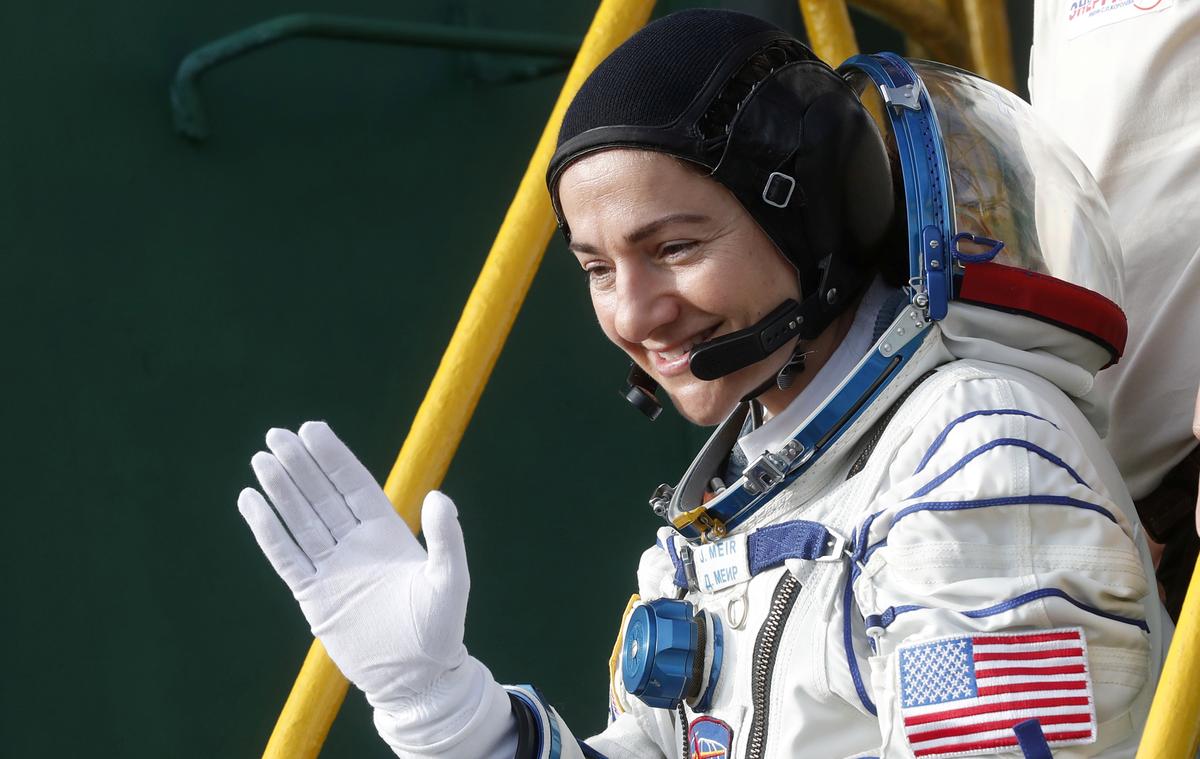 LONDON (Thomson Reuters Foundation) – U.S. astronauts Christina Koch and Jessica Meir will make history on Friday when they conduct the first ever all-female spacewalk to replace the power source on the International Space Station (ISS).

The pair will exit the ISS at 7:50 a.m. EDT (11:50 GMT) to fix the station’s faulty battery charge/discharge unit (BCDU) over a period of more than five hours.

An all-woman spacewalk was canceled in March due to one woman’s ill-fitting suit, leading to her replacement by a male colleague.

“Our achievements provide inspiration to students around the world, proving that hard work can lead you to great heights, and all students should be able to see themselves in those achievements,” a NASA spokeswoman said in an emailed statement.

The spacewalk will be broadcast in its entirety from 6:30 a.m. EDT (10:30 GMT) on National Aeronautics and Space Association (NASA) Television and on the agency’s website.

Koch and Meir are replacing the BCDUs after they failed to provide increased power to the ISS, though this has not significantly impacted the crew or its mission.

According to NASA, BCDUs regulate the charge for batteries that draw energy from the station’s solar collectors to provide power as the station orbits at night.

Koch, who is also set to complete the longest single spaceflight by a woman as she remains in orbit until February 2020, said gender milestones like the spacewalk were especially significant.

“There are a lot of people who derive motivation from inspiring stories from people who look like them, and I think that it’s an important aspect of the story to tell,” she told a NASA briefing in Houston this month.

“What we’re doing now shows all the work in the decades prior from all the women that worked to get us where we are today,” Meir added.

Koch, who was slated for the earlier spacewalk, will be making her fourth walk and will become the 14th woman ever to walk in space. Friday will mark Meir’s first spacewalk. The ISS has seen more than 200 spacewalks since 1998.

The March spacewalk was called off because astronaut Ann McClain needed a medium spacesuit but only a large was available. Due to safety issues with the fit she did not participate.

“We must never accept a risk that can instead be mitigated,” she said on Twitter after the event. “Safety of the crew and execution of the mission come first.”

At the time the cancellation drew widespread criticism, including from former U.S. First Lady Hillary Clinton and global activism group March for Science.

While Friday’s event is a long time coming, NASA said it was not purposefully planned.

“It is something that was bound to happen eventually, and the increase in female astronauts in space for the past year is providing another window of opportunity,” its spokeswoman said.