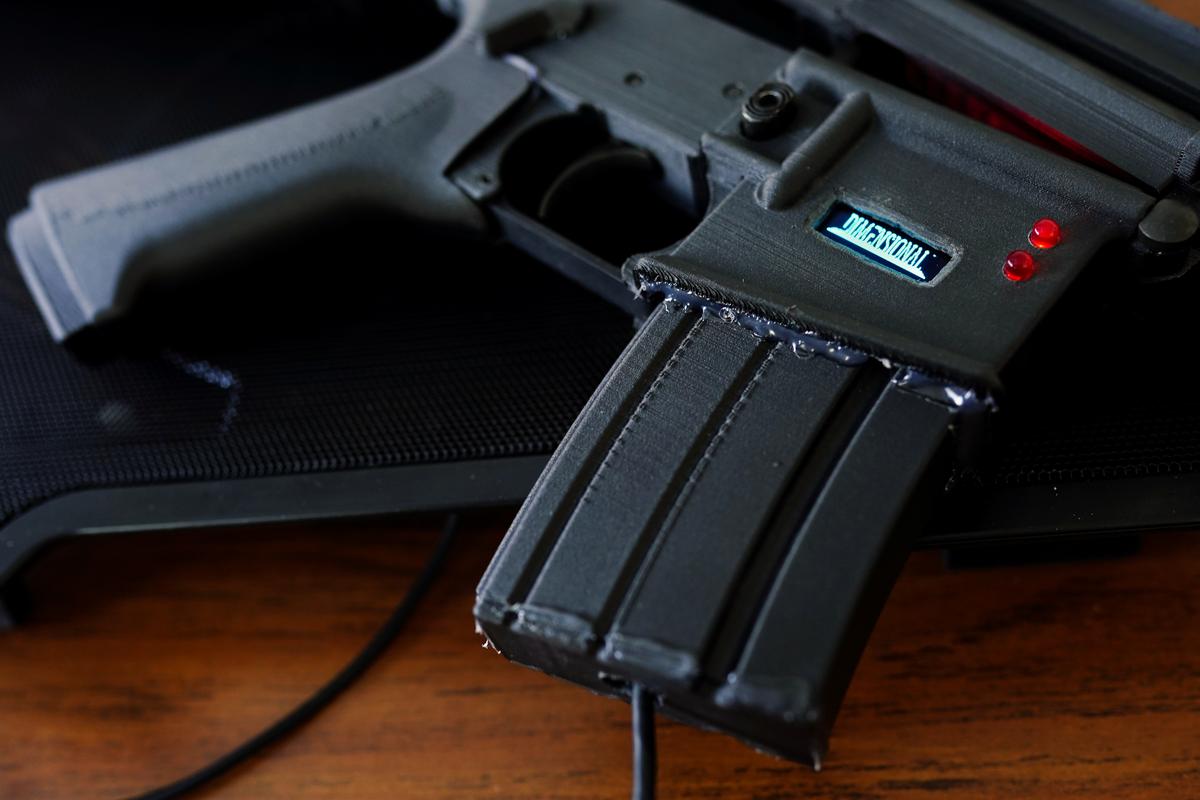 (Reuters) – A carbine that can call in an airstrike. A computer-aided scope on a machine gun that can turn just about anyone into a marksman.Even firearms that measure and record every movement, from the angle of the barrel to the precise moment of each shot fired, which could provide law enforcement with a digital record of police shootings.

The application of information technology to firearms has long been resisted in the United States by gun owners and law-enforcement officials who worry they could be hacked, fail at the wrong moment, or invite government control.

But with the U.S. Army soliciting bids for high-tech battlefield solutions to create the soldier’s rifle of the future, those concerns may quickly become irrelevant. The Army is moving forward regardless.

One company seeking an Army contract is working on an operating system that could be embedded into the gun, which could have law-enforcement and civilian applications that may reshape the U.S. debate about gun safety.

“You could accomplish some of the functionality by duct-taping an iPhone to your gun. However what we offer is the world’s first truly embedded operating system,” said Melvic Smith, 41, principal owner of Dimensional Weapons Systems, which bills itself as the first patented blockchain-based firearms company.

That system could eventually add any number of applications, Smith said, including “smart gun” technology that would only allow the weapon to be fired by a designated shooter’s hand.

“Our team is composed of veterans, law enforcement officers, people that are pro-Second Amendment to begin with,” Smith said, referring to the amendment in the U.S. constitution that grants American citizens the right to bear arms.

“But we also have engaged with people in the weapons manufacturing industry. They actually love the technology. They’re worried about political backlash.”

One investor interested in the technology said the Army contracts could “create a market overnight.”

WEAPON OF THE FUTURE

The Army’s specifications are that its Next Generation Squad Weapon – carbines and machine guns – come equipped with a “smart rail,” a communications and power interface between the analog gun and digital technology.

It has selected three finalists for the contract, to be awarded next year: defense contractor General Dynamics, firearms manufacturer Sig Sauer, and industrial conglomerate Textron.

While they battle it out, the Army already is looking toward the next step, seeking partners to provide the IT.

First it wants a partner to build a fire-control (FC) system, which will link a soldier’s weapon to other systems to help the operator remain locked on targets, adjusting for atmospheric conditions and range. Historically used for larger systems such as artillery and antiaircraft weapons, prototypes for the carbine and machine gun are due by November 4.

Then, by the end of the year, the Army will look for Innovative Designs & Engineering Assessment (IDEA) prototypes, open-ended products of the imagination that seem only to be limited to what engineers can fit on a chip.

Atlanta, Georgia-based Dimensional Weapons Systems plans to compete for contracts in both categories with its Camelot operating system, which the company says will be hackproof by using blockchain, the decentralized ledger of information used to protect cryptocurrencies like bitcoin.

Smith says his technology will record every movement of a gun, from the angles it is pointed at to the exact time of every round fired, providing a digital record that can be used in training or investigations. It could also diagnose the weapon to indicate when it needs to be repaired or retired from service.

No other companies for the Army’s add-on technology contracts have publicly identified themselves, as companies tend to closely guard their intentions in such a competitive environment, Smith said.

The Army did not immediately respond to requests for comment.

Smart gun technology has convulsed the firearms industry on at least two occasions.

Gunmaker Smith & Wesson nearly collapsed due to the wrath of gun owners and the firearms industry when it toyed with the smart gun idea in 2000.

German company Armatix was practically put out of the gun business following a 2014 boycott of its short-lived smart gun by U.S. gun rights advocates who said it was unreliable, and to protest a New Jersey law that would have required all gunshops in the state to sell the weapon.

Smart guns have also stalled because of lack of funding. Many investment funds’ covenants prevent them from investing in firearms, while others want to see a working prototype before committing money.

An Army spokesman said there were a “large number of vendors expressing interest,” ranging from startups to large established government contractors.

“Innovation almost never comes from the people that have been building the same product for 100 years,” Neilson said.

“Whoever gets this right is going to build a massive company.”