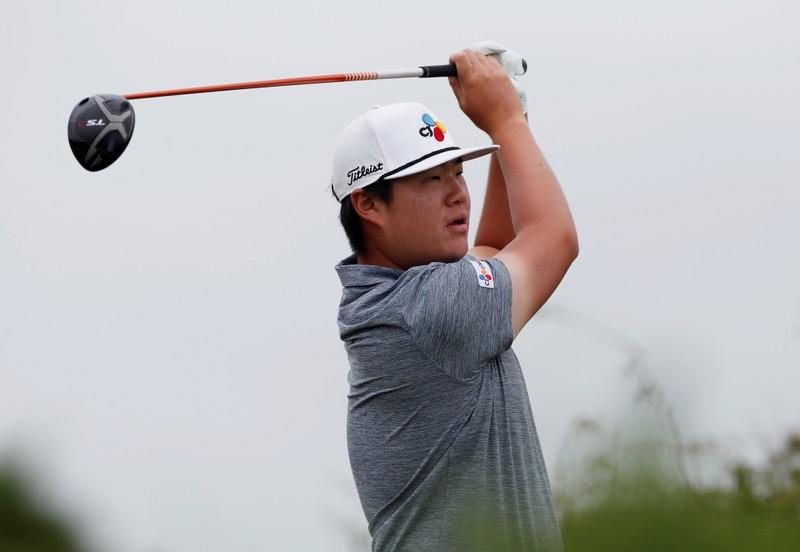 Els rounded out his four captain’s picks on Thursday with seasoned Australian former world number one Jason Day and Canada’s Adam Hadwin, both members of the Internationals team trounced 19-11 at Liberty National in 2017.

With the Internationals boasting only two players in the world top 20, Els’s young outfit face a huge task to win the trophy for the first time since 1998 against a powerful U.S. team captained by Woods.

However, Els said he was confident his debutants would be ready for the challenge at the Dec. 12-15 event, which pits an International team representing the rest of the world minus Europe against the Americans.

“We’ve got a lot to do but I’m thinking guys who make the team can play,” the South African told reporters on a conference call.

“I’m not here to hide anybody, I’m here to try to win enough points to get the team over the line.

“Whether that’s playing rookies together, so be it … In many instances, this Cup will be an ice-breaker on a lot of fronts.”

Im, 21, has yet to win a tournament on the PGA Tour but had a consistent season featuring seven top-10s and he finished equal 19th in the 2019 FedExCup standings.

Niemann became the first Chilean to win on the PGA Tour in September, claiming a six-shot victory at the season-opening Greenbrier Classic in West Virginia.

World number 44 Hadwin made his Presidents Cup debut in 2017 where he finished with two defeats and halved one of his matches.

Day will play his fifth Presidents Cup and hope to improve on a losing record of five wins, 11 defeats and four halved matches over his career.

Woods will announce his four captain’s picks for the United States on Friday (0000 GMT).

He is expected to use one of the picks on himself and become the first playing captain at the tournament since Hale Irwin led the United States to a 20-12 win in the inaugural event in Virginia in 1994.

Els and the Internationals players welcomed the prospect of 15-times major champion Woods returning to Royal Melbourne, where he rolled in the winning putt in the 2011 tournament.

“If I had a chance to play him I think it’s going to give me more excitement to win the match, more energy,” said Niemann.

“I think it’s going to help me more to focus and try to beat him.”