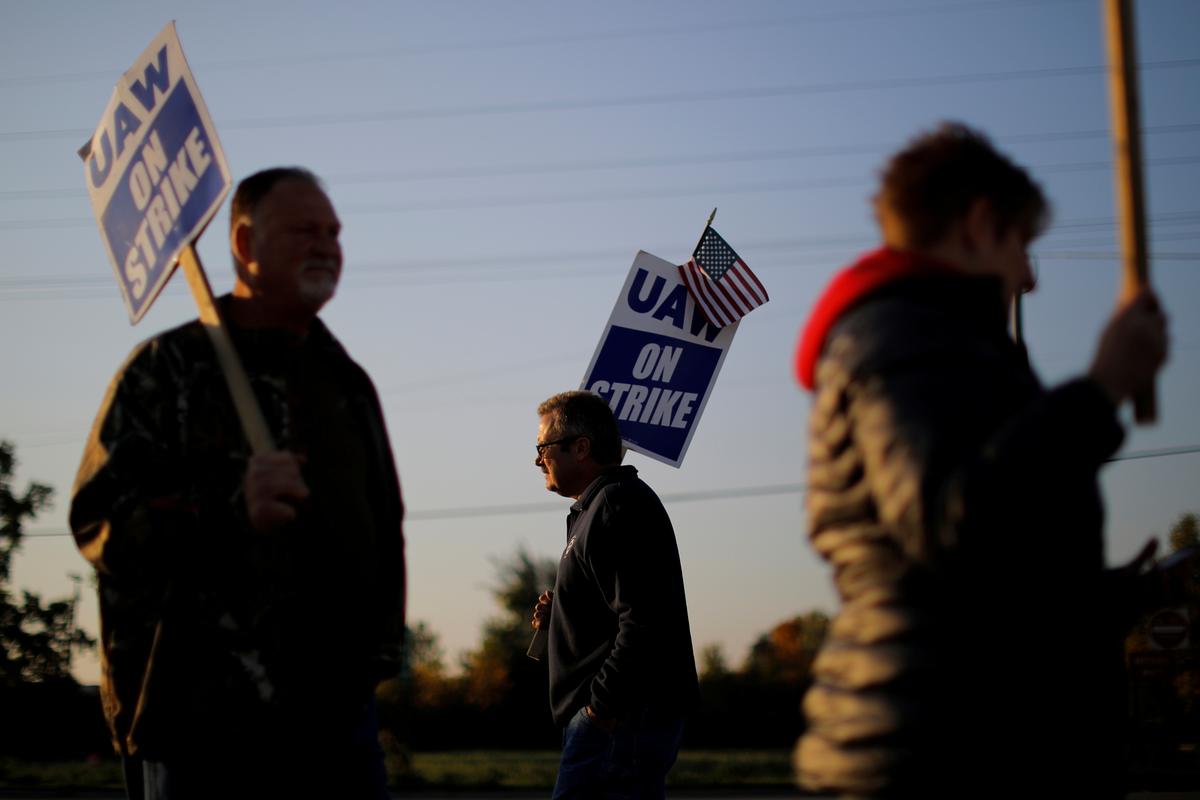 DETROIT (Reuters) – Striking workers at General Motors Co (GM.N) factories in the United States finish voting on Friday on a proposed four-year contract that could end a 39-day strike that has cost the No. 1 U.S. automaker more than $2 billion according to Wall Street.

With about one-third of the United Auto Workers union votes counted as of Thursday morning, an estimated 55% of the remaining members would have to vote “no” for the proposed deal to fail, said Kristin Dziczek, vice president of industry, labor and economics at the Center for Automotive Research in Michigan.

Some large locals are casting their votes on Thursday and Friday on whether to ratify the deal, and the union is scheduled to announce the final results after 4 p.m. EDT (2000 GMT) on Friday. The UAW recommended that the 48,000 members at GM, who have remained on the picket lines, ratify the deal reached on Oct. 16.

In 2015, rank and file UAW workers at Fiat Chrysler Automobiles NV (FCHA.MI) rejected the first version of a contract before it was eventually approved.

The GM strike began on Sept. 16, with UAW negotiators seeking higher pay for workers, greater job security, a bigger share of profit and protection of healthcare benefits. Other issues included the fate of plants GM targeted to close, as well as the use of lower-paid temporary workers.

Under the deal, GM would invest $9 billion in the United States, including $7.7 directly in its plants, with the rest going to joint ventures. The Detroit company also would create or retain 9,000 UAW jobs, a substantial portion of which would be new, a source previously said. The contract offers $11,000 signing bonuses to members, and pay raises.

Among the larger plants with workers voting on the deal on Thursday are Wentzville, Missouri; Detroit-Hamtramck and Romulus, Michigan; Tonawanda, New York; and Fairfax, Kansas. Plants in Fort Wayne, Indiana; Arlington, Texas; and Lansing Delta Township in Michigan will finish voting on Friday. If the deal is approved by the workers, the union will next begin negotiations with Ford Motor Co (F.N) or Fiat Chrysler Automobiles NV (FCHA.MI) (FCAU.N), covering many of the same issues. The UAW previously agreed to temporary contract extensions with both automakers while it focused on GM.

Reporting by Ben Klayman in Detroit; Editing by Matthew Lewis