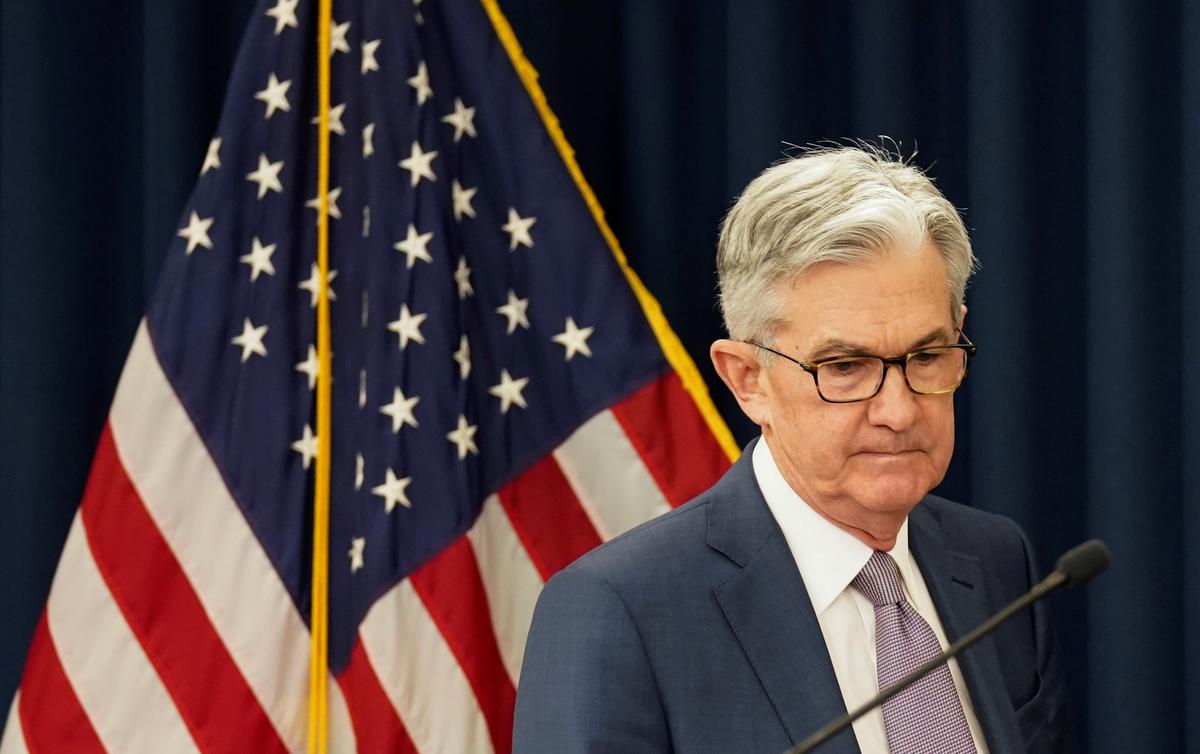 SYDNEY (Reuters) – The U.S. Federal Reserve and its global counterparts moved aggressively with sweeping emergency rate cuts and offers of cheap dollars to help combat the coronavirus pandemic that has jolted markets and paralyzed large parts of the world economy.

FILE PHOTO: U.S. Federal Reserve Chairman Jerome Powell arrives to speak to reporters after the Federal Reserve cut interest rates in an emergency move designed to shield the world’s largest economy from the impact of the coronavirus, in Washington, U.S., March 3, 2020. REUTERS/Kevin Lamarque

The coordinated response from the Fed to the European Central Bank (ECB) and the Bank of Japan (BOJ) came amid a meltdown in financial markets as investor anxiety deepened over the difficulty of tackling a pathogen that has left thousands dead and put many countries on virtual lockdowns.

The Fed moved first on Sunday, cutting its key rate to near zero in a move reminiscent of the steps taken just over a decade ago in the wake of the financial crisis.

The U.S. decision triggered emergency policy easings by central banks in New Zealand, Japan and South Korea, with Australia also joining with a liquidity injection in a coordinated move aimed at stabilizing confidence as the pandemic threatened a global recession.

“The virus is having a profound effect on people across the United States and around the world,” Fed Chair Jerome Powell said in a news conference after cutting short-term rates to a target range of 0% to 0.25%, and announcing at least $700 billion in Treasuries and mortgage-backed securities purchases in coming weeks.

The Reserve Bank of New Zealand (RBNZ) slashed rates to a record low as markets in Asia opened for trading this week, while Australia’s central bank pumped extra liquidity into a strained financial system and said it would announce more policy steps on Thursday.

Later, the Bank of Japan too eased policy in an emergency meeting, ramping up purchases of exchange-traded funds (ETFs) and other risky assets to combat the widening economic fallout from the coronavirus epidemic.

Neighboring South Korea stepped in as well with a 50 basis point rate cut in a rare inter-meeting review on Monday.

“I don’t think we have reached a limit on how deep we can cut interest rates,” BOJ Governor Haruhiko Kuroda said.

“If necessary, we can deepen negative rates further,” he added.

“We can continue to pump ample liquidity into the market.”

The measures did little to calm market nerves though, as Asian shares and U.S. stock futures plummeted, underscoring the fears the health crisis might prove much more damaging to the global economy than initially anticipated.

France and Spain joined Italy in imposing lockdowns on tens of millions of people, while the United States saw school closings, runs on grocery stores, shuttered restaurants and retailers, and ends to sports events.

“Market reactions to each surprise monetary policy easing have been sell first and ask questions later,” said Selena Ling, head of treasury research and strategy at OCBC Bank in Singapore.

“The more unprecedented measures by the Fed and other central banks, the more investors worry if (they) know something we don’t… fear remains the crux of the problem here as market players remain unconvinced that monetary policy easing and liquidity injections will solve an essentially healthcare crisis.”

Five other central banks cut pricing on their swap lines to make it easier to provide dollars to their financial institutions, ramping up efforts to loosen gummed up funding markets and calm credit markets. They also agreed to offer three-month credit in U.S. dollars on a regular basis and at a rate cheaper than usual.

The move was designed to bring down the price banks and companies pay to access U.S. dollars, which has surged in recent weeks as a coronavirus pandemic spooked investors.

However, analysts say flooding banks with cash at near-zero rates won’t help fix dislocations in credit markets caused by fear of lending to businesses with mounting losses, which in turn fuels distrust among banks.

Moreover, analysts at major banks and ratings agencies are predicting a marked downturn in the world economy, and some say a recession is unavoidable.

“We believe that financial markets stress could ultimately be the proverbial ‘straw that breaks the camel’s back’, and hence, we continue to monitor these very closely,” Fitch Solutions said in a note on Monday, adding its forecasts were subject to “downside risks.”

“While we expect to see more major central banks cut interest rates further in a bid to support growth…there are limits to how low they can go.”

The People’s Bank of China (PBoC), which has rolled out powerful stimulus measures since the outbreak began in the country’s Hubei province late last year, was a bit of an outlier as it kept its rates steady, though analysts expected a cut later this week.