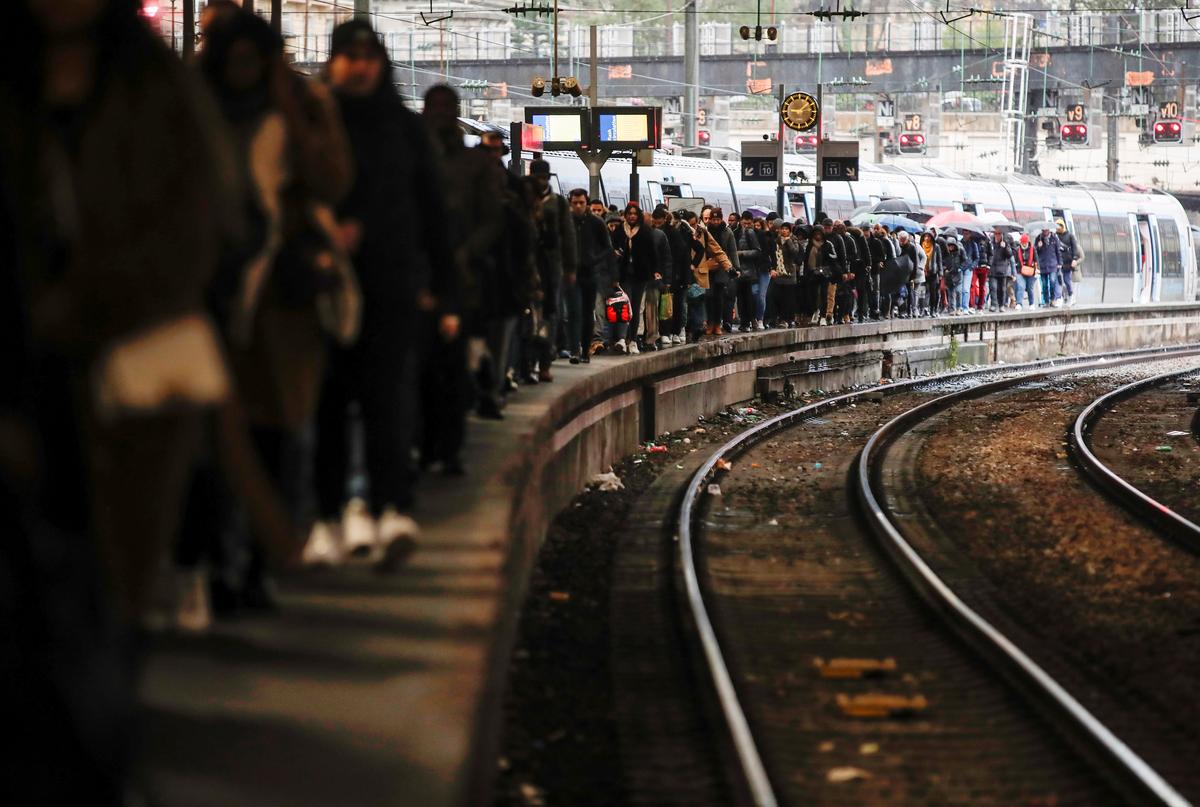 PARIS (Reuters) – Drivers on two Paris metro lines voted on Monday to extend a walkout until the end of the week as France grappled with a fifth day of strikes, a sign transport workers will keep up a fight against President Emmanuel Macron’s plans to streamline pensions.

The week ahead will test Macron’s mettle and his ability to deliver the social and economic change he says is necessary for France to compete with powers like China and the United States.

The public sector strike has hit the transport sector the hardest. In Paris, train, bus and metro services faced severe disruption and monster tail backs clogged the roads as commuters took to their cars.

“We will see if he has not just listened, but heard,” Philippe Martinez, leader of the CGT union, France’s largest in the public sector, told France Info radio. “They have to pull the reform.”

That appears unlikely. Philippe told the weekly Journal du Dimanche that he was determined to see through the overhaul of what is one of the most generous pension systems among developed industrialized nations.

The unions have called for mass protests on Tuesday and the government will be watching closely to see if more than the 800,000 who marched through French cities on Thursday turn out.

Macron wants to replace the convoluted system comprised of more than 40 separate pension plans, each with varying benefits, with a single, points-based system under which for each euro contributed, every pensioner has equal rights.

Public sector unions fret that their workers will come out worse because under the current system the state makes up for the chronic shortfall between contributions and payouts in the sector.

The unions, fighting to show they remain relevant after Macron loosened the labor code and reformed the state-run SNCF, also fret they will lose influence over contributions and benefits under a centrally managed points-based system.

Who emerges victor will in part hinge on the battle for public opinion. Opinion polls ahead of the strikes showed the public was relatively evenly split. On the metro on Monday, there was both sympathy and irritation toward the strikers.

“I don’t understand. It’s not the right way to do things, for (metro operator) RATP to block people like this,” said commuter Charles Ramm. “It will turn against the unions.”

Accountant Lamia Massoudi said she backed the strike, even if meant inconveniences. “I’m with them,” Massoudi said.