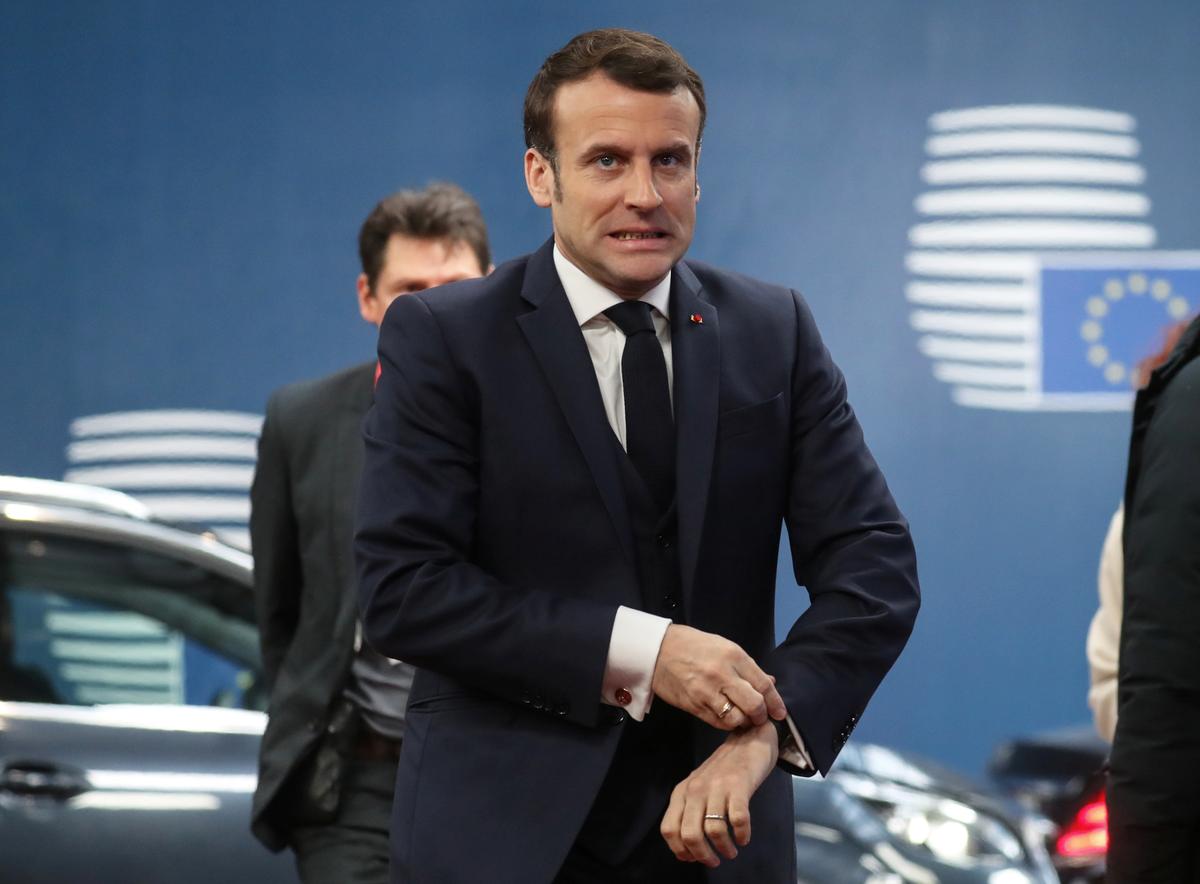 FILE PHOTO: France’s President Emmanuel Macron arrives for the second day of a special European Council summit in Brussels, Belgium February 21, 2020, held to discuss the next long-term budget of the European Union. Ludovic Marin/Pool via REUTERS

PARIS (Reuters) – French President Emmanuel Macron on Saturday cast doubt over the likelihood of the European Union and Britain reaching a post-Brexit trade deal by the end of the year, saying he expected fishing talks to be very tough.

“It’s going to be tense because they are very tough…Boris Johnson has a card in his hand and it is fishing and with that he will try to gain access to the market,” Macron told representatives of the French fishing industry at a farm show in Paris.

“It is not certain that we will have a global deal by the end of the year.”