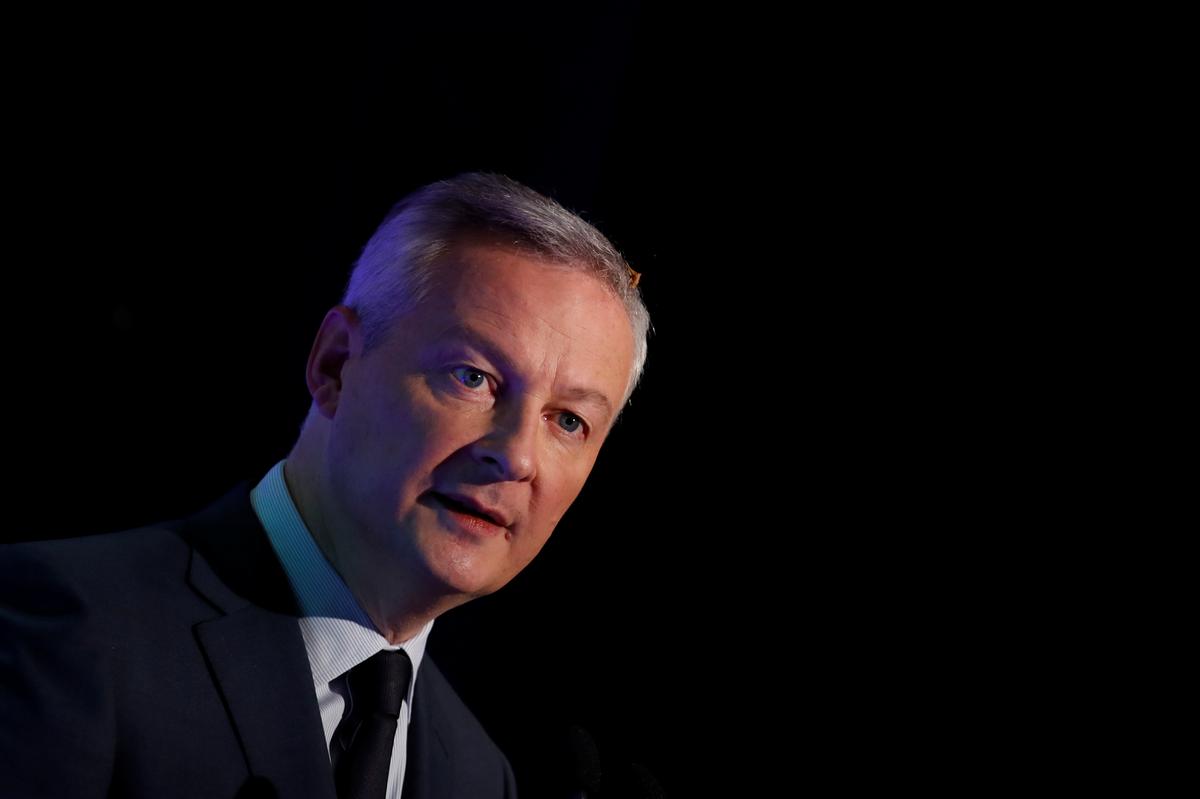 PARIS (Reuters) – France and the European Union are ready to retaliate if U.S. President Donald Trump acts on a threat to impose duties of up to 100% on $2.4 billion in imports of champagne, handbags and other French products, the French government said on Tuesday.

The threat of punitive tariffs came after a U.S. government investigation found France’s new digital services tax would harm U.S. technology companies, and will intensify a festering trade dispute between Europe and the United States.

Speaking in London on Tuesday morning ahead of a NATO alliance summit, Trump said he would not allow France to take advantage of American companies and that the European Union treated the United States very unfairly on trade.

“In case of new American sanctions, the European Union would be ready to retaliate,” Le Maire told Radio Classique.

He later told a press conference: “We are not targeting any country.”

France’s 3% levy applies to revenue from digital services earned by companies with more than 25 million euros ($27.86 million) of revenues from France and 750 million euros ($830 million) worldwide.

An investigation by the U.S. Trade Representative’s office found the French tax was “inconsistent with prevailing principles of international tax policy”.

Shares in French luxury companies fell in response to the tariff threat against French champagne, handbags, cheeses and other products.

“It’s too risky to go into the luxury sector. The sector was hit first of all by the Hong Kong protests, and now this will hit it even more,” said Clairinvest fund manager Ion-Marc Valahu.

French products will not face tariffs immediately as the U.S. Trade Representative still intends to gather public comments and hold a public hearing in January.

Based on past experience of Section 301 tariffs, primarily applied to Chinese goods, France would face punitive tariffs in two to three months.

Any retaliatory action from France would have to be taken at an EU-wide level because the 28-nation bloc is a customs union, which applies duties at its border. The European Commission did not immediately react to the U.S. trade threat.

The tariff spat marks a new low in relations between French President Emmanuel Macron and Trump, who will meet on the sidelines of the NATO summit later on Tuesday.

From the two leaders’ early bone-crunching handshake to the U.S. president appearing to flick dandruff off the younger man’s shoulder, Macron and Trump have had a testy relationship, at odds over the American’s unilateralist approach to trade, climate change and Iran.

The United States has already imposed 25% duties on French wine and cheese as part of its WTO-sanctioned response to illegal EU aircraft subsidies, a move exporters warned would penalize U.S. consumers while severely hurting French producers.