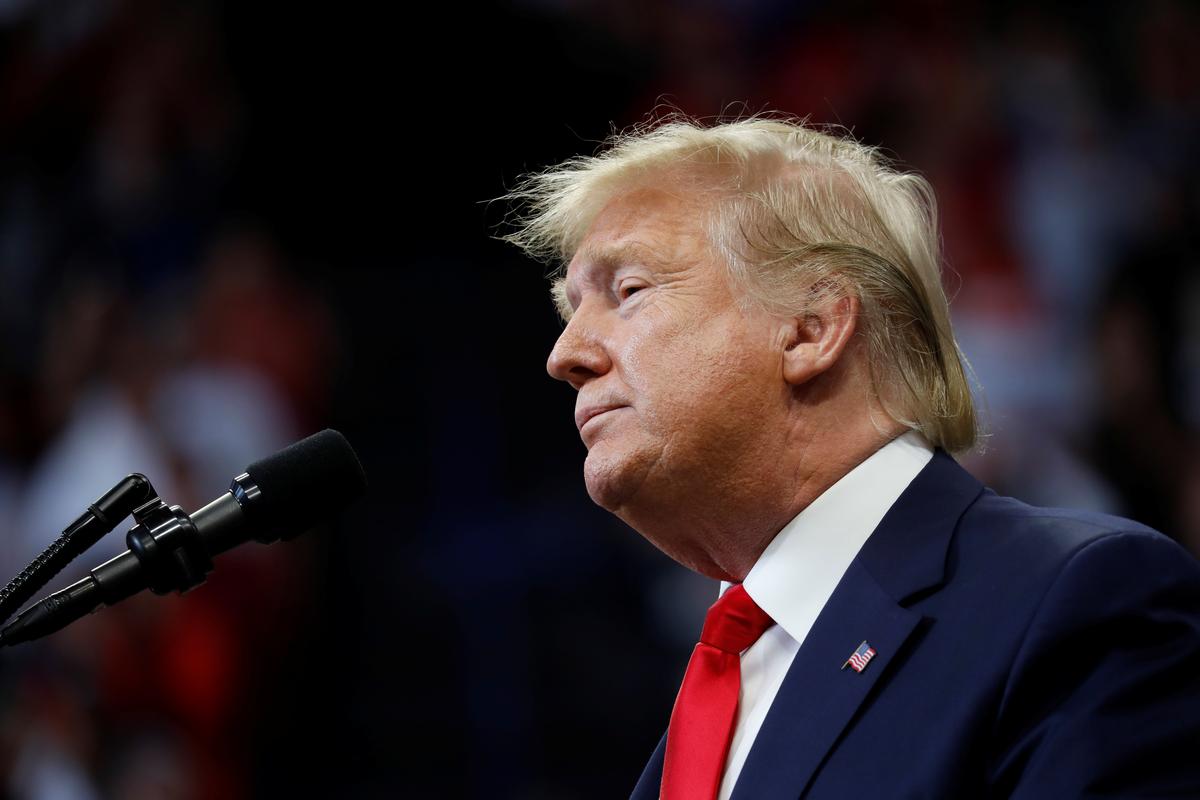 NEW YORK (Reuters) – U.S. President Donald Trump broke with a decades-long tradition of U.S. presidential candidates by not releasing his tax returns during his campaign, prompting state and Congressional investigators to seek the returns through other means.

On Monday, a federal appeals court in Manhattan ruled that Trump’s accounting firm could hand eight years of his returns over to New York prosecutors, in one of several legal battles over the returns. Trump is expected to appeal to the U.S. Supreme Court.

Below are four ways investigators could get his tax returns.

1. Trump’s longtime accounting firm, Mazars LLP, could hand the returns over to the Democratic-led U.S. House of Representatives Oversight Committee.

The committee subpoenaed Mazars for Trump’s financial records, including tax returns, in April. It said the committee said it needed the records to determine if Trump – whose business interests have ranged from real estate and golf courses to a reality TV show – complied with laws requiring disclosure of his assets, and to assess whether those laws need to be changed.

Trump sued in April, arguing that the committee’s subpoena was politically motivated and exceeded limits on congressional investigative power.

A federal district court and an appeals court have both upheld the committee’s authority to enforce the subpoena, but it remains on hold as Trump seeks a rehearing in the appeals court.

2. Mazars could give the returns to New York state prosecutors.

Manhattan District Attorney Cyrus Vance issued a subpoena to Mazars in August, seeking eight years of Trump’s returns as part of a criminal investigation. Trump’s lawyers sued to block the subpoena, arguing that as a sitting president, Trump had absolute immunity from state criminal investigations. The scope of the investigation is not known.

Last month, a federal judge in Manhattan ruled that Trump was not immune from investigation, and on Nov. 4, an appeals court upheld that ruling.

Vance’s office has agreed not to enforce the subpoena while Trump appeals to the Supreme Court. It has also said in court that if it obtains the returns, they will remain confidential.

3. The House Ways and Means Committee could get the tax returns from the U.S. Treasury Department.

U.S. Representative Richard Neal, chair of the committee, asked the Treasury Department to turn over six years of Trump’s tax returns in April. Federal law states that the Treasury “shall furnish” tax returns to Congress upon request.

U.S. Treasury Secretary Steven Mnuchin has refused to hand over Trump’s returns. The committee in July filed a lawsuit in federal court in Washington, D.C. seeking to compel the Treasury to comply. In August, the judge overseeing the case declined to fast-track the litigation, meaning the dispute is likely to extend well into 2020.

4. States could obtain the returns through new laws.

Democratic California Governor Gavin Newsom in July signed a law requiring presidential candidates to release five years of tax returns in order to appear on a nominating ballot in the state.

Trump sued to block the law, saying it violated the U.S. Constitution. A federal judge sided with the president last month, and the law remains in limbo while the state appeals.

Similarly, Democratic New York Governor Andrew Cuomo in July signed a law requiring state authorities to hand state tax returns over to Congress. However, Neal has said the law may not be relevant to his inquiry, which focuses on Trump’s federal returns.

Trump has filed a lawsuit to block the New York law. Whatever its outcome, the law will be limited to past years, as the president recently changed his state of residence from New York to Florida.