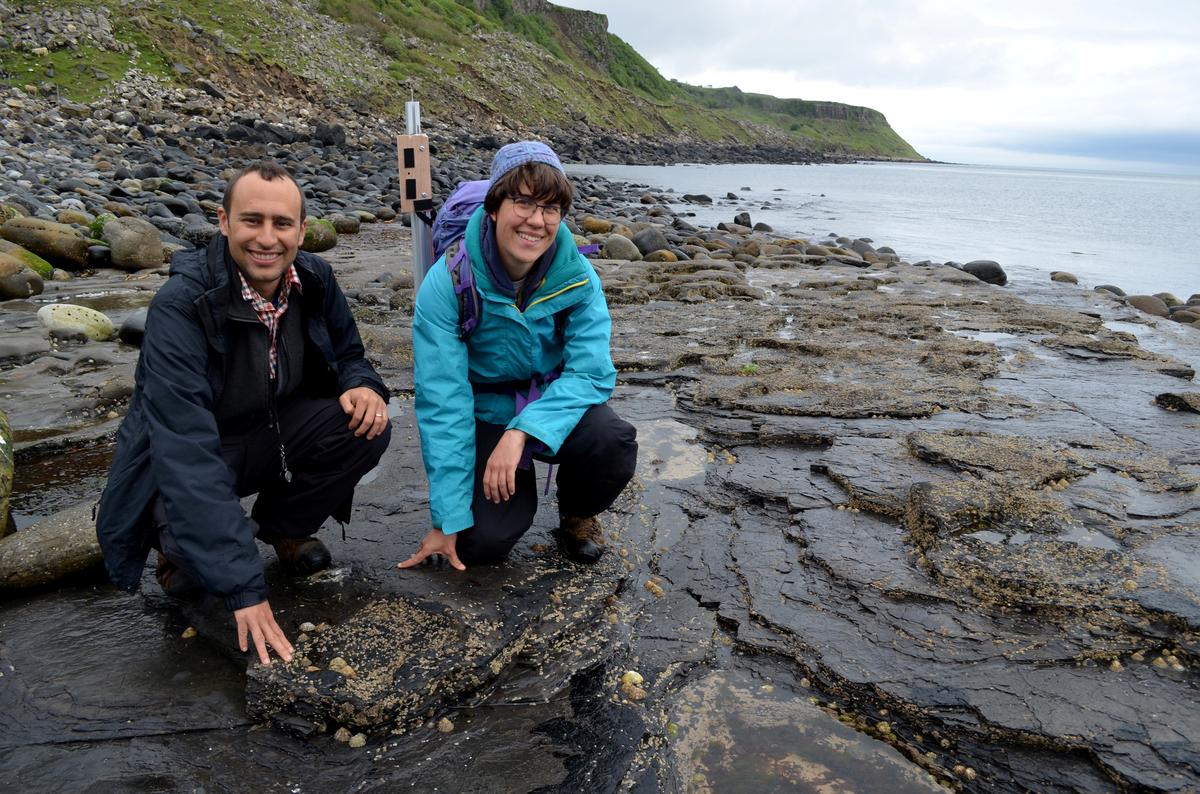 WASHINGTON (Reuters) – On a crag of rock called Brother’s Point on Scotland’s Isle of Skye, scientists have identified two bustling footprint sites that reveal an abundance of dinosaurs that thrived 170 million years ago including an early member of a celebrated group.

Researchers on Wednesday said about 50 fossilized footprints making up several different trackways were found at the two sites located a few hundred yards (meters) apart on the scenic promontory that juts into the chilly North Atlantic.

At least three types of dinosaurs left the footprints that amount to a dinosaur parade ground – remnants of a muddy surface on the edge of a brackish lagoon. The tracks date from a time in the middle of the Jurassic Period represented by very few dinosaur fossil discoveries worldwide.

“The tracks are located on flat rocky surfaces near the beach, so they are only exposed at low tide. The tide laps across them, back and forth, every day,” University of Edinburgh paleontologist Steve Brusatte said.

The most intriguing tracks appear to have been made by an early member of a group of heavily built, four-legged plant-eaters called stegosaurs that boasted large bony plates along the neck and back, and wielded a menacing spiked tail. The most famous member of this group was Stegosaurus, which inhabited western North America about 150 million years ago and reached about 30 feet (9 meters) long.

The tracks represent some of the oldest evidence anywhere of a stegosaur, according to University of Edinburgh doctoral student Paige dePolo, lead author of the study published in the journal PLOS ONE.

“I suspect this stegosaur was about the size of a cow, which is fairly small for a stegosaur. Whether that’s because it’s a primitive, smaller species or a juvenile of a bigger species, we’re not sure,” added Brusatte, who led the research field team.

“Skye has emerged as one of the most important windows into Jurassic dinosaur evolution. We know that dinosaurs were diversifying with a frenzy in the Middle Jurassic, but there are few fossil sites of this age anywhere in the world,” Brusatte added. “This is a snapshot at the beginning of the era of dinosaur dominance, the dinosaur empire.”