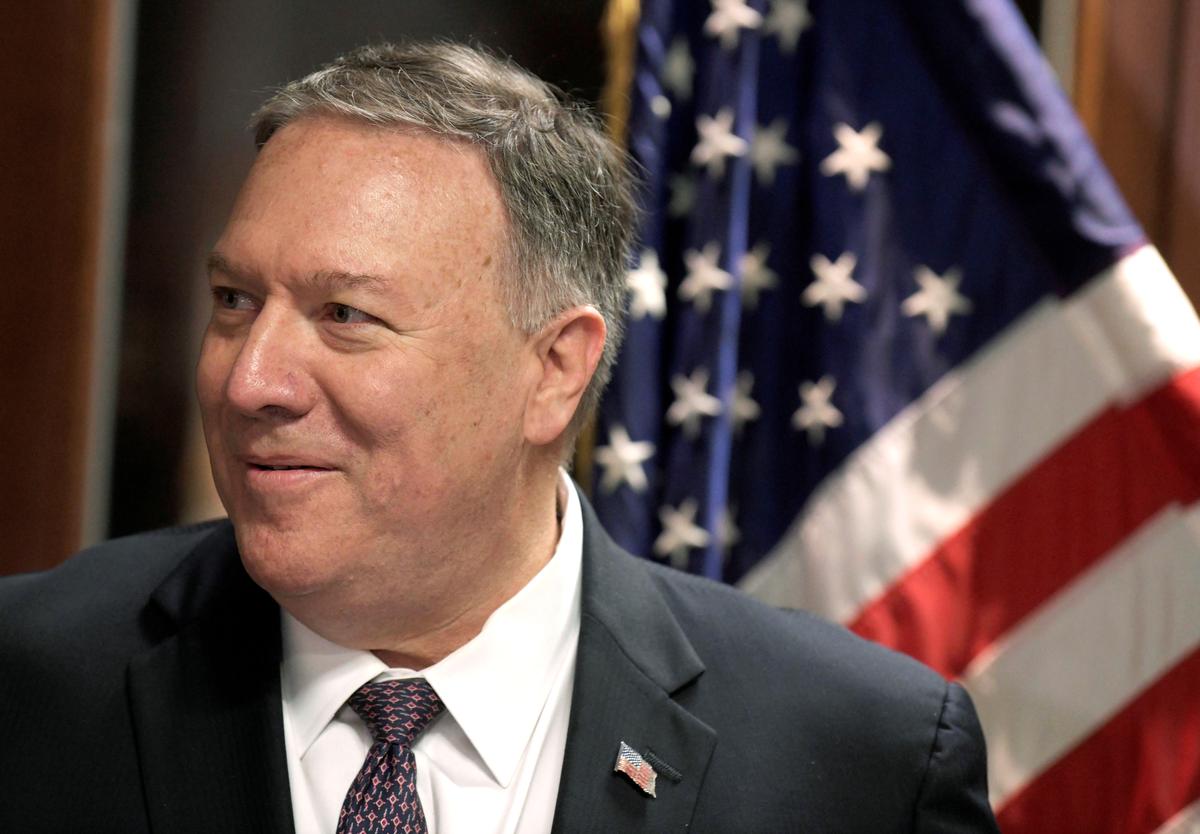 WASHINGTON (Reuters) – On the first day of November, U.S. Secretary of State Mike Pompeo sent an internal email to thousands of State Department staff that began: “As champions of American diplomacy, we are in the truth-telling business.”

While the email seen by Reuters focused on global policy challenges, the message extolling truth struck a nerve in a diplomatic corps immersed in an impeachment inquiry against President Donald Trump that Pompeo himself has spurned.

Next week three diplomats will be the first to testify in open hearings led by Democrats in the House of Representatives considering whether Trump should be impeached for abusing power by pressing Ukraine to investigate a rival. If so, his potential removal from office would be decided in the Senate.

Ten diplomats past and present have testified behind closed doors, most under subpoena. At least four voiced alarm at the efforts of Trump and his personal lawyer, Rudy Giuliani, to politicize a department that prides itself on being apolitical.

Pompeo’s refusal to cooperate with the House inquiry and his failure to defend career diplomats from attacks fueled discontent. So did a White House spokeswoman’s calling them “radical un-elected bureaucrats waging war on the Constitution.”

“It sure would have been nice for him to say something supporting the troops. The silence is deafening,” a career diplomat said of Pompeo, a former CIA chief under Trump.

Early in the probe, Pompeo sternly objected to efforts to obtain depositions from current and former State Department officials and accused Democrats of bullying and intimidation. He has refused to heed subpoenas for documents.

When the three diplomats testify on Wednesday and Friday, with their reputations on the line as they face potentially harsh questions from Trump’s fellow Republicans in Congress, they will have the backing of many colleagues.

“People are supportive. I think that’s the majority viewpoint,” said a veteran State Department official, one of the 10 current officials and diplomats who spoke to Reuters and who all requested anonymity to avoid retaliation. “There is a sense that we’re getting shafted.”

The officials, who have served under both Democratic and Republican administrations, said the first public hearings are a chance for the diplomatic corps to show Americans they are public servants of integrity and principle who steer clear of partisan politics. While they spoke of deep frustration in the Trump era State Department, they stress it is their job to carry out the president’s policies.

Trump’s allies counter that he has changed the course of U.S. foreign policy with an “America First” approach that aims to bring back U.S. troops from “endless wars” and rebalance trade agreements in America’s favor.

“On the whole, everyone is watching and cheering on Taylor and Yovanovitch,” said another official, referring to William Taylor, the top diplomat in Kiev, and Marie Yovanovitch, whom he replaced in June after she was abruptly recalled by Trump.

Taylor and George Kent, a deputy assistant secretary who handles day-to-day policy on Ukraine, will testify before the House Intelligence Committee on Wednesday while Yovanovitch is scheduled to appear on Friday.

The State Department would provide no on-the-record comment for this story after multiple requests. A spokesperson confirmed a CBS News report that the department plans to provide legal assistance to employees called to testify.

The White House did not respond to a request for comment.

The impeachment inquiry centers on a July 25 phone call in which Trump pressed Ukrainian President Volodymyr Zelenskiy to investigate unsubstantiated corruption accusations against former Vice President Joe Biden and his son, Hunter, who was on the board of a Ukrainian energy firm.

Pompeo was on the call, but initially failed to acknowledge that he knew of its contents.

Biden is a leading contender for the Democratic nomination to oppose Trump’s bid for re-election next year. He and his son deny wrongdoing.

In closed-door testimony, witnesses have bolstered a whistleblower’s accusations that Trump sought the Biden investigation in return for granting Zelenskiy a White House visit and releasing nearly $400 million in U.S. security assistance to help Ukraine against Russia-backed separatists.

“It’s not what Pompeo is doing. It’s not his responses,” said another person who works in the State Department. “It’s the underlying facts of leveraging U.S. aid for political gain. That is so appalling.”

Trump and Pompeo deny any improper conduct, the president calling the probe a Democratic bid to undo his surprise 2016 victory ahead of a November 2020 election.

Becoming secretary of state in April 2018, Pompeo won early plaudits from career staff for reversing some of the unpopular policies of his predecessor Rex Tillerson by, for instance, increasing promotions and lifting a hiring freeze.

One career diplomat said that while “morale is low and everyone is complaining,” Pompeo was preferable to Tillerson in part because his access to Trump had allowed him to better advocate for the department.

While the hearings will give the diplomats a direct channel to Americans, some colleagues worry they will also be subject to brutal questioning in the room and vicious attacks outside by Trump allies looking to undermine their credibility.

“On the one hand, it’s good. On the other hand, it’s just going to degenerate into a circus,” one official said.