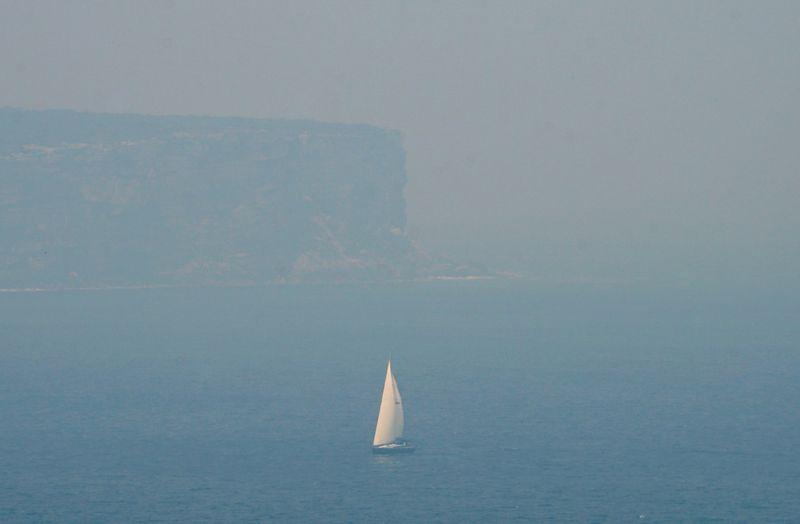 A sailing boat is seen through smoke haze from bushfires in front of the cliffs of North Head, Sydney Harbour, Australia, December 5, 2019. REUTERS/Stephen Coates

SYDNEY (Reuters) – Firefighters were on Thursday battling several blazes ringing Sydney, leaving Australia’s most populous city blanketed by smoke that is expected to linger for days.

Bushfires have killed at least four people and destroyed more than 400 homes since the start of November. Fires are still burning in New South Wales, Victoria, South Australia and Queensland states.

The most severe fires all ringed Sydney, the state capital where about 5 million live.

The New South Wales Rural Fire Service said there were “very difficult conditions for firefighters at a number of large fires this afternoon that are impacting on communities,” adding that weather conditions would cause smoke to settle in many parts of Sydney.

With pollution increasing, Sydney reached as high as No. 19 on the Air Visual global rankings of cities with the worst air pollution, ahead of Mumbai and Shanghai.

Bushfires are common in Australia, but this year’s fire season has begun much earlier than usual, with temperatures soaring regularly above 40 degrees C (104°F) before the start of the southern summer and high winds scouring the drought-parched landscape.

The crisis has put pressure on Prime Minister Scott Morrison, who critics say has not done enough to address the impact of climate change, which meteorologists have said is extending fire season.