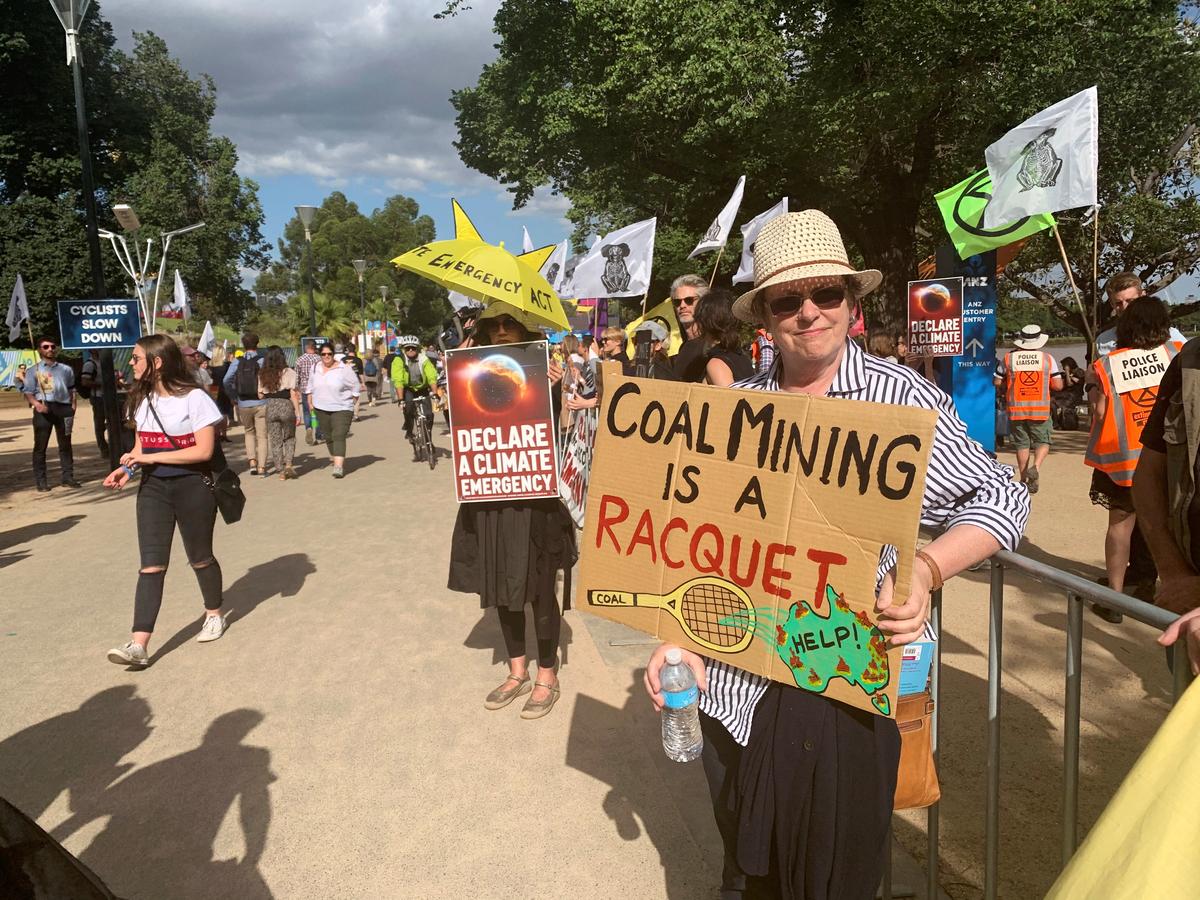 SYDNEY (Reuters) – As bushfires and floods fuel public concerns in Australia about global warming, the country’s powerful mining lobby is facing increasing pressure from investors to drop support for new coal mines, according to a dozen interviews with shareholders in global mining companies.

Nearly a third of shareholders in BHP Group Ltd, the world’s biggest miner, last year voted for resolutions to axe its membership in industry groups advocating policies counter to the Paris climate accord, which aims to limit global warming to “well below” 2 degrees Celsius.

Although the resolutions failed, pressure from shareholders and the public has since increased on companies to ensure lobby groups support the Paris goals, according to interviews with officials at investors in major mining companies like BHP, Rio Tinto Plc, Glencore Plc and Anglo American Plc. That support includes backing energy policies that favor the rapid phase out of coal, they said.

This makes companies with coal exposure, like mining companies or banks, vulnerable if governments switch to greener policies, the investors said.

“Emissions-exposed companies face a growing risk not only of Australian policy change, but also of international action,” said Stuart Palmer, Head of Ethics Research at Australian Ethical, a wealth manager invested in BHP. He cited the risk of Australia being hit with carbon-import duties, which the European Union is planning to impose on goods from countries with less strict climate policies.

The NSW Minerals Council and the MCA have campaigned against the blocking of new coal mines, previously argued against mining taxes and say more ambitious emissions targets could hit jobs, investment and the economy. Climate scientists say that opening new coal mines in Australia would prevent the country from meeting its emissions targets agreed under the Paris accord.

Aberdeen Standard Investments Ltd, a top ten investor in BHP and a top 20 investor in Rio Tinto, said it would consider selling shares in mining companies that remain members of lobby groups not supporting the Paris agreement.

Aberdeen voted in favor of a shareholder resolution in London on Oct 17 to compel BHP to leave the lobbying groups. Another resolution was held in Sydney on Nov 7.

“We have a number of escalation options available to use where we evaluate that engagement alone is not adequately addressing the severity of the lobbying activities,” said Danielle Welsh-Rose, an investment director at Aberdeen. Those options include voting on similar future resolutions at other companies.

“Lobby groups are under more scrutiny than ever before,” said Brynn O’Brien, executive director at the Australasian Centre for Corporate Responsibility (ACCR), an activist shareholder with minor holdings in BHP and Rio Tinto.

“Disruptive action will escalate,” she said, adding that her group planned shareholder resolutions to get Australian energy companies to review and possibly suspend their membership of industry lobbies.

“For higher risk investments … if we don’t expect higher returns, then obviously the incentive to invest is that much lower,” said Eugenia Unanyants-Jackson, Global Head of ESG research at Allianz Global Investors.

Sources at six other investors in top mining firms, who declined to be named, said climate change strategy was a top discussion point with boards and a growing factor in investment decision-making.

BHP put its membership in the NSW Minerals Council under review in December and will decide by April if it will remain in the group. But big mining companies are not leaving Australian lobby groups, for now.

BHP told Reuters that being inside an industry group “provides a leadership opportunity”.

That echoed a position taken by Rio Tinto when it completed its industry review last April.

Under shareholder pressure, Anglo American vowed to change its rules in December to strengthen oversight of lobby groups. Anglo declined to comment further.

The NSW Minerals Council last year stated explicitly for the first time that they supported the 2015 Paris accord, and were committed to investing in technology that would improve efficiency and environmental standards.

The MCA says it will release a Climate Action Plan this year.

Investor concerns that moving slowly on climate change could affect profits has started to drive global change. BlackRock Inc, the world’s biggest fund manager, said last month that sustainability was “increasingly material to investment outcomes”, as it committed to cut its exposure to coal.

While some in Australia remain skeptical of a human connection to global warming, the devastating fires that raged across the country recently are hardening public attitudes against coal.

A survey of 1,056 respondents in a new poll taken between Feb. 6 and Feb. 9 by Essential Research, a leading market research firm, found that 62% of Australians favored banning political donations from fossil fuel companies, with the same number opposed to new coal mines.

In a November 2019 poll by Essential Research, 60% of respondents said they thought Australia was not doing enough to address climate change, up from 51% in March.

At a rally outside the Australian Open tennis tournament in Melbourne last month, protesters waved flags and stuck black tape over their mouths to show their anger at perceived climate inaction by Morrison’s government.

“We know that burning fossil fuels is the major problem for our greenhouse emissions and our country seems to be doing very little to change their ways,” said retired teacher Libby Dougas, who was holding up a placard that read “Coal mining is a racquet”.

PUBLIC ANGER Much of that public anger has also been directed at lobbying groups. On Feb. 11, protesters marched from Parliament to the offices of the MCA in Canberra to vent anger at what they said was a cozy relationship between Morrison’s government and mining lobbyists.

The MCA said it was proud to have had staff working in the past seven Australian governments as well as for the opposition. A spokesman for Morrison said government policy is decided by the cabinet and it “absolutely rejects” accusations that the prime minister is unduly influenced by the mining industry. Kunkel and Pearson did not respond to request for comment.

Previously unreported letters from the MCA to shareholders in their members show tensions are rising.

At the time of the BHP vote in November, a group of shareholders in mining companies including in BHP, said in an open letter published in Australian media that industry bodies, including the MCA and NSW Minerals Council, were failing to implement effective climate policy as agreed in Paris.

This prompted the MCA’s leader to write to some of the group’s shareholders in December.

In a private letter seen by Reuters, Tania Constable, the MCA’s chief executive, said companies should “appropriately exercise their fiduciary duties to avail themselves of accurate information in respect of the MCA’s contemporary position on climate change”.

The MCA’s letter was an “extraordinary” step, particularly the reference to the legal, or fiduciary, duties, ACCR’s O’Brien said. A similar letter from the MCA to a broader range of investors, sent in January and seen by Reuters, removed the reference to fiduciary duties.

Reporting by Joe Brock in Sydney and Melanie Burton in Melbourne; Additional reporting by Simon Jessop in London. Editing by Philip McClellan