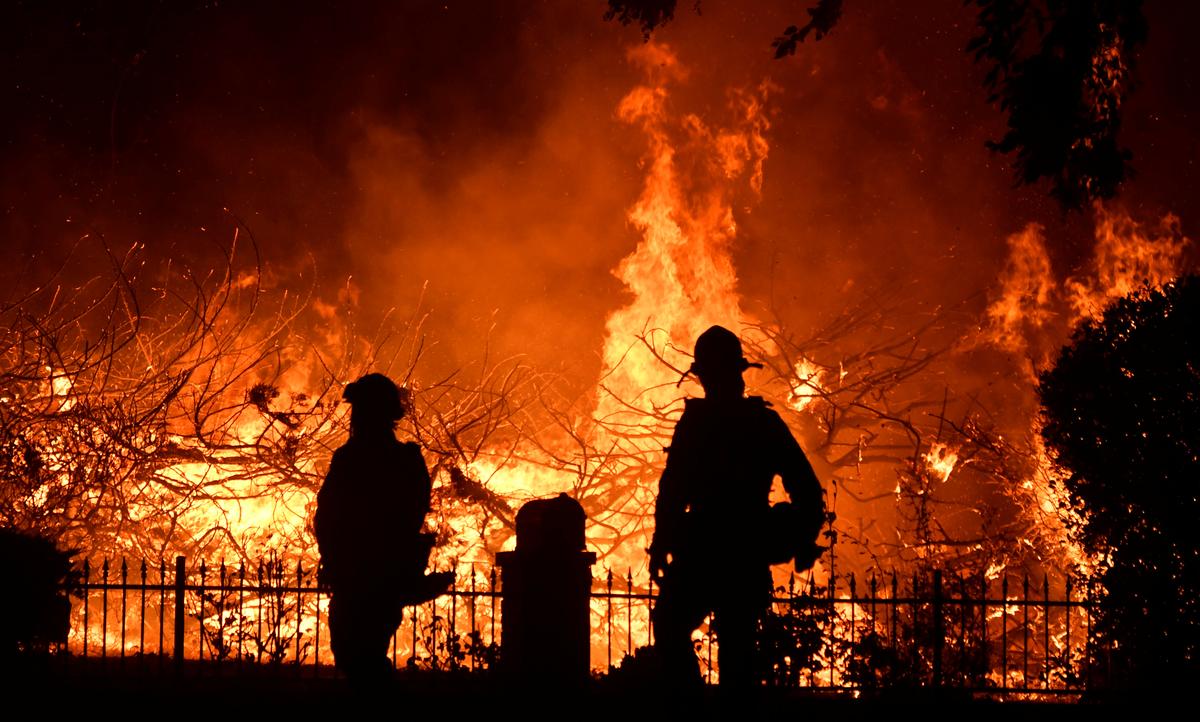 (Reuters) – More than 1,000 firefighters battled a deadly and fast-moving wildfire on the northern edge of Los Angeles on Saturday, reinforcing containment lines that allowed some of the thousands of residents under evacuation orders to return to their homes.

The wind-driven blaze, dubbed the Saddleridge fire, broke out on Thursday night and raced through the area’s dry foothills and brush-filled canyons to cover some 7,552 acres (3,056 hectares) by midday on Saturday.

The Los Angeles Fire Department said the fire was 19 percent contained after “aggressive” overnight air operations in support of ground crews, up from 13 percent a day earlier, and mandatory evacuation orders were lifted for several areas, including all neighborhoods south of the 118 Freeway.

At least one death has been attributed to the Saddleridge fire, a man who authorities said suffered a heart attack while trying to fight encroaching flames on his property rather than heeding evacuation orders.

Two firefighters suffered minor injuries, the LAFD said, and 31 structures have been either damaged or destroyed.

The cause of the blaze was under investigation.

The Saddleridge is the largest among a spate of wildfires across Southern California.

On Saturday, authorities said the 820-acre Sandalwood Fire in Riverside County, about 70 miles (110 km) east of the Saddleridge fire, was 25% contained, up from 10% on Friday.