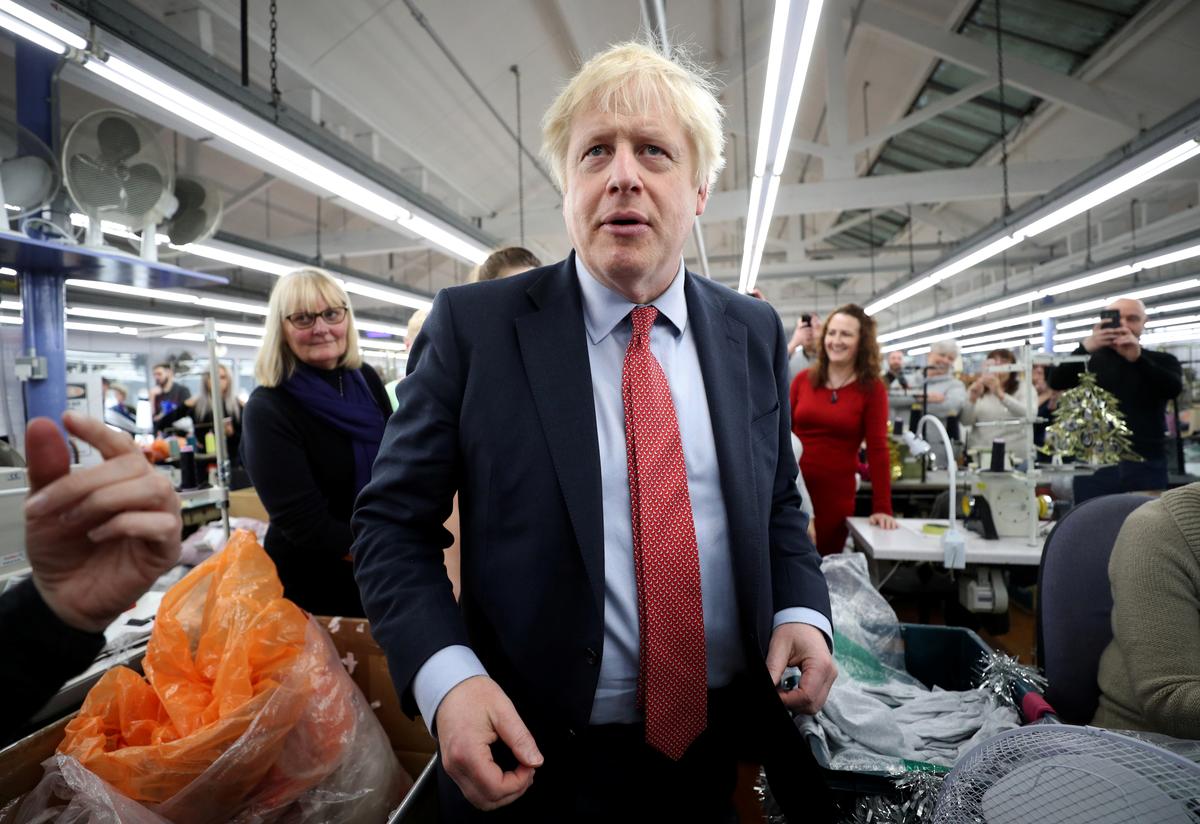 MATLOCK, England (Reuters) – British Prime Minister Boris Johnson said on Thursday that the possibility of not reaching a post-Brexit trade deal with the European Union by the end of 2020 “simply will not happen”.

Johnson has vowed to take Britain out of the EU by the end of January and not to extend a post-Brexit transition period due to end in Dec. 2020, something critics say does not leave enough time to reach a new trade deal.

“It’s very much in their (the EU’s) interest to do a deal with us and I have no doubt that they will and if you say ‘can I absolutely guarantee that I can get a deal’? I think I can,” Johnson said during a visit to a factory in central England.

When asked if that was a cast iron guarantee, he replied: “The possibility you allude to simply will not happen.”